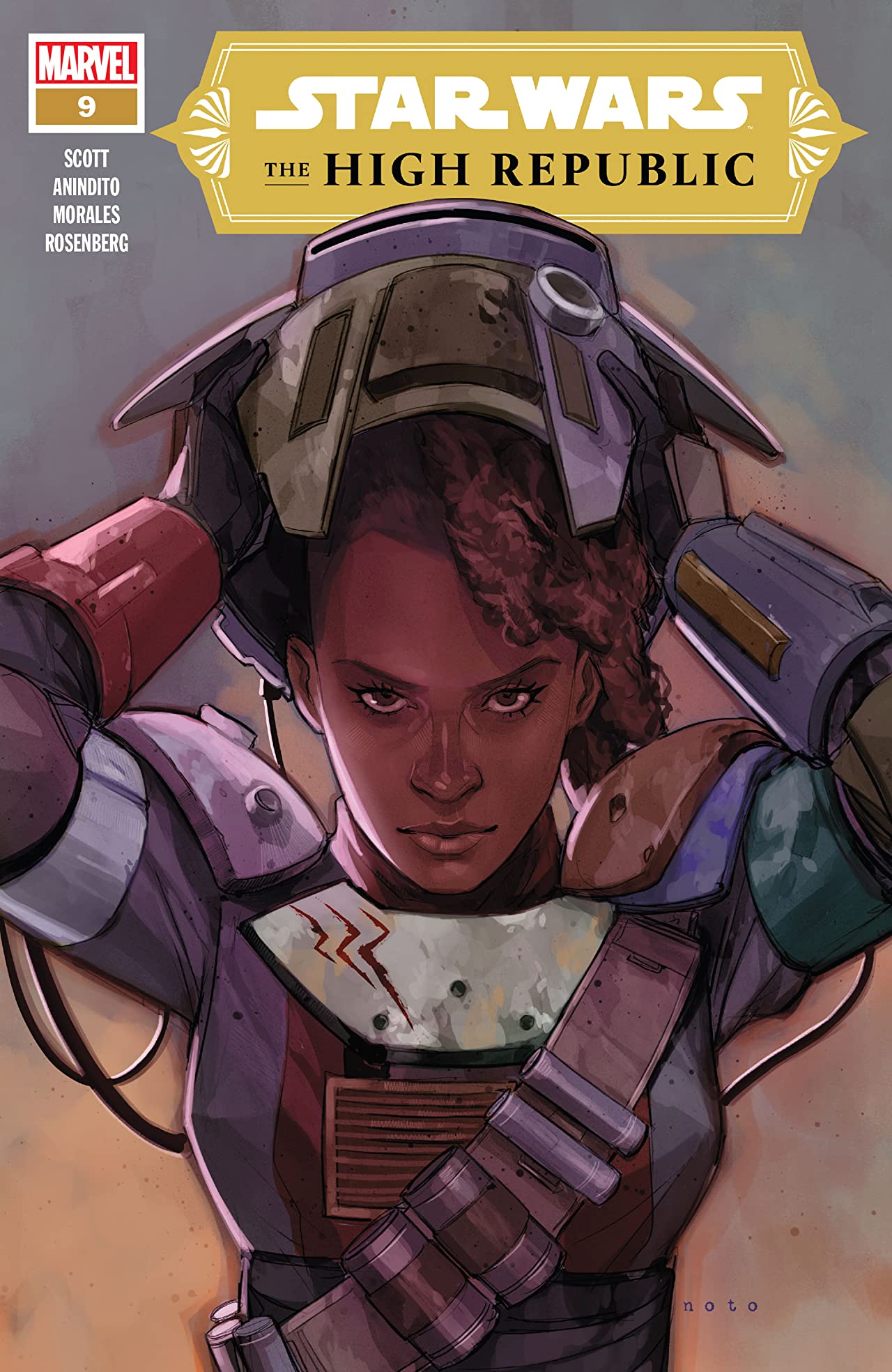 I’m here for the Orla Jareni supremacy. I just wanted to say that before we started this review. No, she doesn’t play that big of a role in this issue of The High Republic, but she might very well be my favorite character from this series so far. Anyway, let’s move on. With Dregnir finally defeated, the dark side knockoff of Audrey II from Little Shop of Horrors no longer poses a threat to the galaxy. However, at the end of the last issue, the Jedi found out that they were all a distraction for the Nihil to attack the Republic Fair on Valo.

If Star Wars has taught us anything, it’s that a Jedi’s true enemy will always be and has always been politics. Despite thousands dying at the Republic Fair, the heads of the Jedi Order and Starlight Beacon are stalling their feet at stopping the Nihil at the root of the problem. Instead, they would rather fight the Nihil in small battles around the galaxy. It’s interesting seeing the Jedi so divided on an issue, especially when evidence has shown they should be more decisive. It just seems The High Republic era isn’t as harmonious and unified as we’ve been led to believe.

Obviously, the Jedi who took down the Dregnir are the ones who want to end the Nihil the most, especially when the Dregnir did so much damage across the galaxy. Tensions are running high, and our lead characters have decided to take things into their own hands. What I like about this is the pacing of the storytelling. The opening pages present so many questions as it will leave readers a bit confused at first. The pacing by writer Cavan Scoot is excellent as he pulls us back and forth from the present to the past until everything starts to make sense. I love nonlinear storytelling like this. We also get some classic spaceship dogfighting action as well.

We get a short glimpse at the Nihil towards the end of this issue. The one thing that the Star Wars: The High Republic series has done pretty well is give readers unconventional Star Wars villains that aren’t governments, dictators, or Sith. We are about to enter a new arc that puts Keeve in a pretty interesting scenario and right in the middle of this brand-new criminal syndicate. I can’t wait to see how the team develops the Nihil as the book looks like it is going to take a deep dive into who they are.