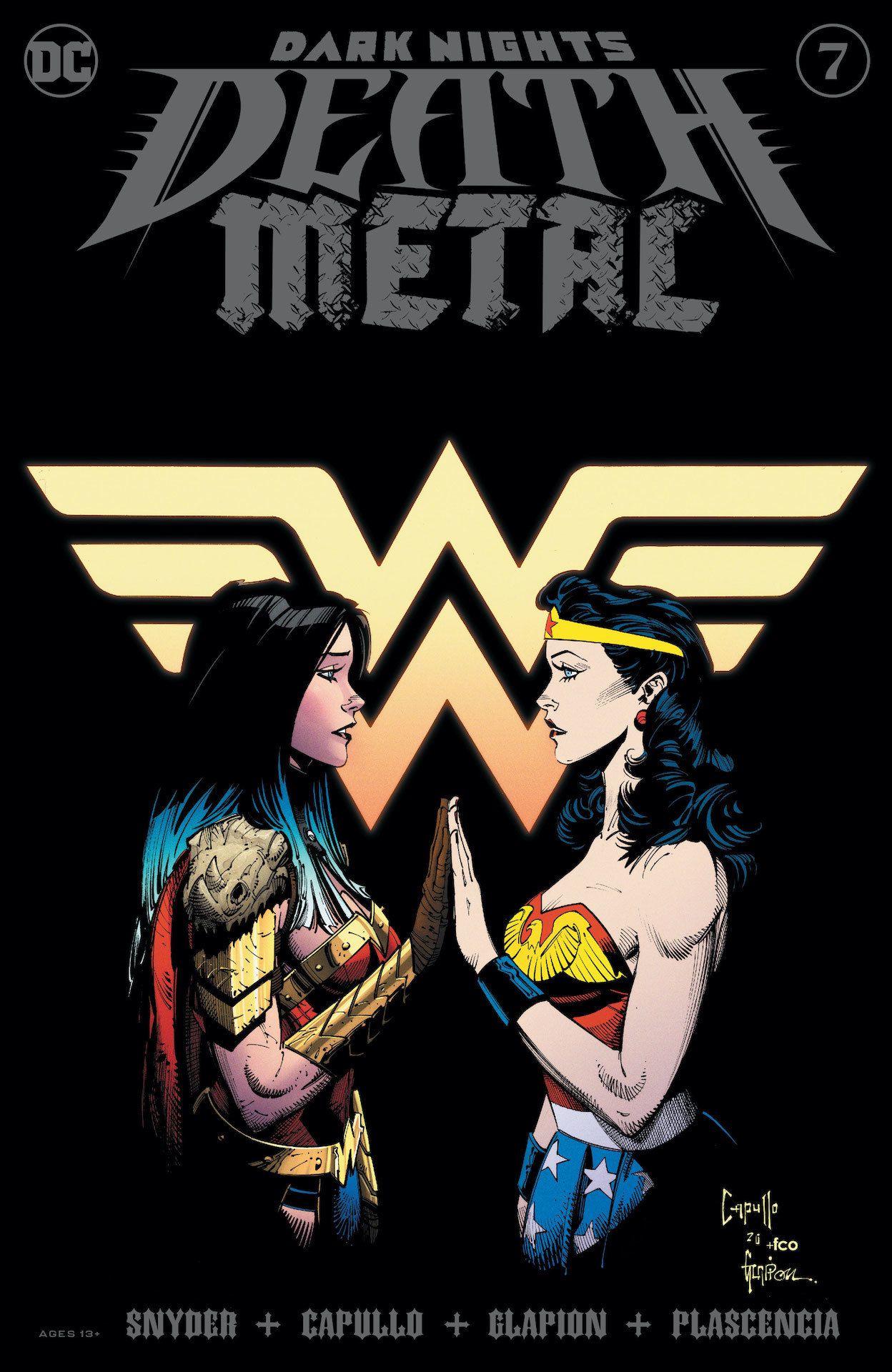 While Death Metal has been kind of hard to follow due to the abundance of tie-ins (that are important for the story), it’s been a pretty fun read for the past six months. Snyder and company have cultivated a story that’s equal parts compelling and cool. I expected this event to be big, but what I didn’t expect were the ramifications that it would have on the DC Multiverse for years to come.

In this finale issue, Wonder Woman goes up against The Darkest Knight (Final form for The Batman Who Laughs), while the rest of the DC multiverse fights nightmare versions of themselves in the trenches.

The battle between Double Dub™ and the Darkest Knight is one led with strength, will, and most importantly, truth. While Wonder Woman can beat Laughs physically, he presents her with an ultimatum: join him and live in an eternal blissful paradise or defeat him and let the entire multiverse be erased.

It basically boils down to either taking the easy way out or facing the music against certain death. The right answer is clear, but that’s a hard choice to make.

But leave a decision like that to rests perfectly on Wonder Woman’s shoulders. She can take the weight of the truth and do what’s right against insurmountable odds. It’s literally her superpower.

I won’t go into all the details about how the fight ends. You’ll have to read the book yourself to figure that out. But what I will say is that the ending of this event directly sets up the future of the DC Multiverse in some exciting ways.

In the aftermath of the battle, our heroes now have their collective memories of each version of themselves. They know everything they’ve ever done, every time they’ve ever died, and they’re all the better for it. They’re smarter, wiser, and lighter. That’s pretty dope when you think about it. It validates every story ever written for DC. Nerds in comic shops have been arguing about what’s canon since the beginning of time. Well, not anymore. It’s all canon now.

Death Metal leads right into DC’s Future State, which explores new alternate futures as a result of the events of Death Metal. I don’t really know how this is gonna play out in the years to come, but I will say that for the first time maybe ever, I’m leaving a big crossover event feeling a sense of finality, like maybe things will stick this time around. And if that’s the case, I think the DC Universe will be better for it.

10 Giant Gold Amazonians out of 10