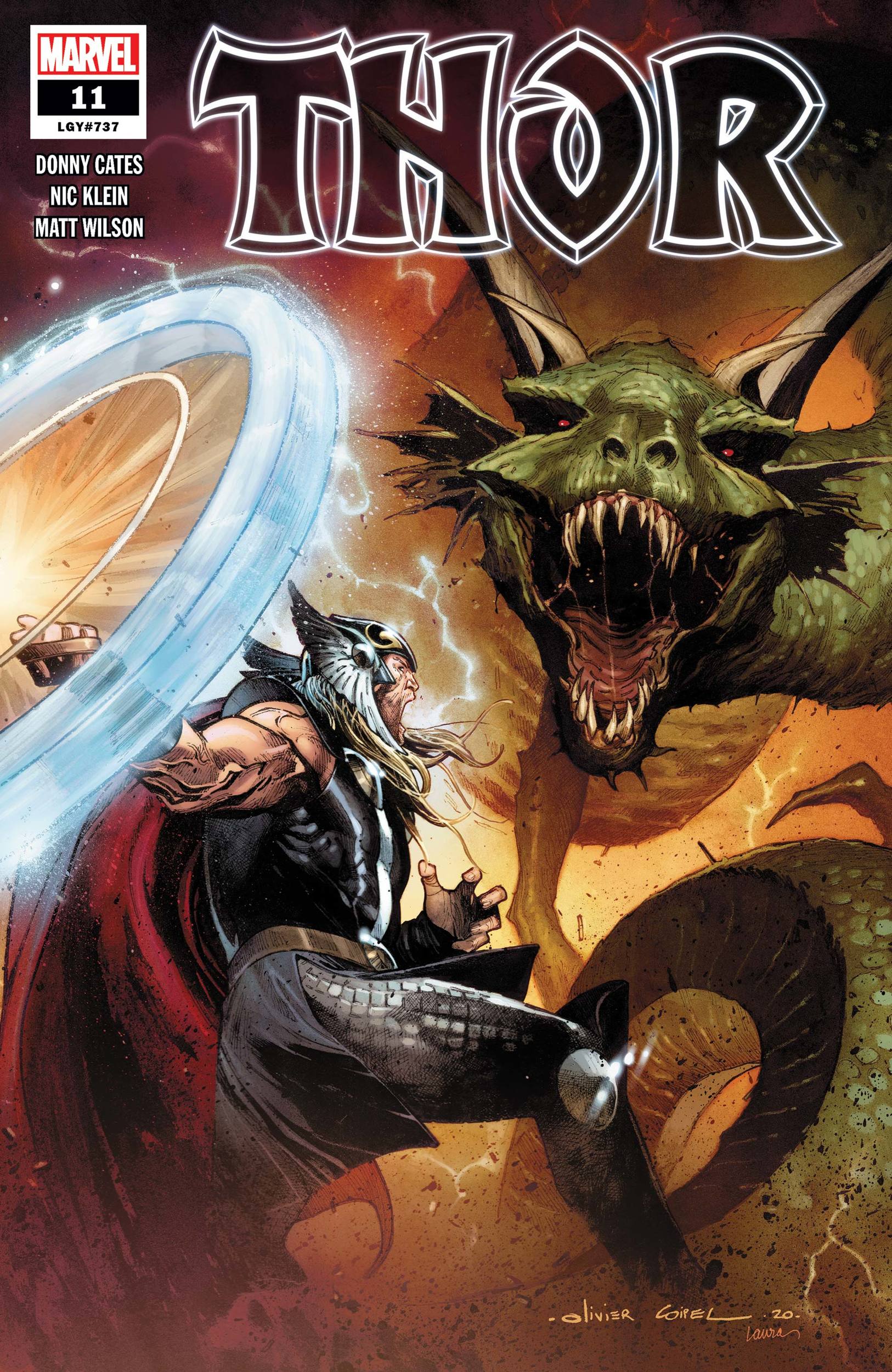 Donald Blake just crushed Asgards forces, declared “No more Thors,” took Jormungand’s powers, and decided to pay his old pal Jane Foster a visit. Little does he know much has passed since he last saw her and things are bound to get messy. Thor is trapped in fantasy Pleasantville created by Odin, but perhaps help is on the way?

You… You have never faced anything like him, Thor… He is the dragon now. And yet… he is so much more… He will take… everything… Everything… you have ever… loved… will burn. – Jormungand

In issue #10,we saw Donald Blake become a proper villain in the Marvel universe, and this month we’re tasked with answering the challenge of unbridled patience and pain inducing anxiety as he sits with Jane for a nice dinner, knowing he will could snap at any moment. The panel that epitomizes who Donald Blake has become happened after Jane asks what he was up to before coming to see her. “Visiting some old friends,” he says as he slashes into his steak.

The artwork is visceral. This page is riddled with dark shades of rust and hints iron laden blood. In the very next panel, the vengeance in Don’s eyes is palpable, and his eyes are fixed on Odin who wrongfully created him as a toy for Thor.

The things that occur outside of this dinner are secondary to the dread and distress you feel for Jane as Don discovers more and more about what has transpired while he lie dormant. Thor is visited by an old pal of Squirrel Girl, but the Thunder God’s escape still seems unlikely, the Bill and Sif ship continues to be sailed, and a key dead body is discovered. In the end, Cates leaves us with a very exciting cliffhanger that will have Thor fans hungry for part four of this arc.

While I don’t love Nic Klein’s line work in this issue, it’s easy to create a book that still looks great when you have the best colorist in the game, Matt Wilson, on the team. Donny Cates has been putting work in on this Thor run, and managed to turn Thor’s old alter-ego into a bonafide threat that one can actually sympathize with! If that doesn’t scream Asgardian magic, I don’t know what does.