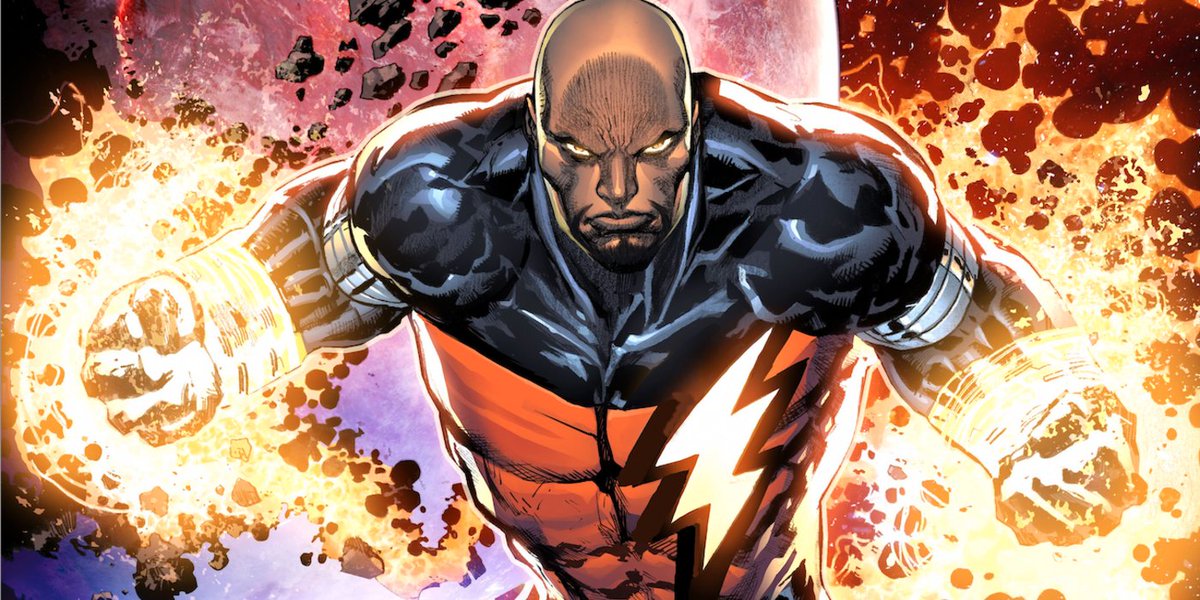 Good news for folks looking for more stories with Black and Brown heroes at the center focus. In case you haven’t heard, Charlamagne Tha God has teamed up with Simon & Schuster for a range of graphic novels and AWA Studios, the burgeoning comic entertainment company headed by former Marvel executives Bill Jemas and Axel Alonso, to develop original comic book series. Charlamagne’s imprint under Simon & Schuster is called Black Privilege Publishing. Their first project is a graphic novel called Darkstorm by writer Kevin Grevioux and artist Ken Lashley. I got to talk to an ecstatic Kevin Grevioux about the project.

I’m a big fan of Kevin Grevioux’s The Odyssey of the Amazons limited series he did for DC Comics. That man has also written for Marvel where he introduced Blue Marvel Adam Brashear, acted in movies like The Mask, Planet of the Apes, Underworld, voice acted in Young Justice, directed, as well as being a screen writer *breathes heavily after listing mad accomplishments*. This man contains multitudes! It’s also evident upon talking to Kevin how passionate he is about comic books. We got into how Marvel and DC comics are running roughshod with comic book movies which is great, however Kevin was talking about how we don’t see that same boom happening within the comics. Kevin spoke about how beyond peripheral interest, a lot of interest in comics from the big 2 companies, feels like it’s waning. However, on the independent side of comics, them stories are hitting (he shouted out Image Comics saying their stories are doin the damn thing). There’s also less chance of characters and stories becoming corporatized within independent comics.

Kevin broke it down like this “Think of Independent comics like a mom and pop shop. Say some businessman loves them and wants to take it national. People are making more money, but the pastries are no longer any good. You had to make them cheaper and more cost effective to make them national. Once they become corporatized, it becomes something else.” An example what he feels has happened to Marvel and DC Comics at large.

However, Charlamagne Tha God’s Black Privilege Imprint offers a chance for Kevin Grevioux to do his thing and showcase what independent created Black characters and stories can do when given that mainstream push and platform. Enter Darkstorm. The story focuses on a former military officer, Kevin Bernard Gage, who is suffering from PTSD and dislikes superheroes. He feels the heroes are no longer heroic as they once were. Kevin then becomes a superhero and experiences just how hard it is. He decides to become the type of hero that doesn’t let politics dictate what’s right and what’s wrong. Kevin is writing this book, but he really wants y’all to know just how good the artist on this project, Ken Lashley truly is. Y’all don’t understand how happy, excited, and proud he is to be working with Ken Lashley on Darkstorm.

“When it comes to this project, I’m the LEAST important part of this team. Charlamagne is an unquestionable visionary who has a global cultural and pop cultural reach. And Ken Lashley is on my Mr. Rushmore of modern creators of the 21st century, and his bona fides speak for themselves. He’s a creative TOUR DE FORCE who has done work in not only in comics, but in video game creation, toy design, and animation as well.  So, to merely say that he’s extremely talented is an understatement. This is a man that has done X-Men, Spawn, Black Panther, Batman, Superman Doom, JLA, Flash, Star Wars, and Walking Dead.  Everything he does turns to gold, and he is highly sought after.  We’re extremely blessed to have him.”

Kevin had nothing but high honors for Ken Lashley. He specified that this man Ken Lashley is that guy when it comes to the art game. Ken also had all the great praise for being able to work on this project with Kevin, “When you get a chance to work some great characters you jump at the chance, l have been a fan of Darkstorm for years. l am drawn to strong characters of colour and Darkstorm is just that. It’s also created by Kevin Grevioux who is a very talented creator so it’s a win win…it’s very exciting.”

We’re living in exciting times folks! We went from coding green and purple characters like Piccolo as Black to independent comics focusing on Black characters on a major label. Is this not the distribution we been waiting for. Is this not the shit that bangs? Are you not entertaaaaaaained?! Keep a look out for more details about Darkstorm as well as the other projects coming from Charlamagne’s imprints.