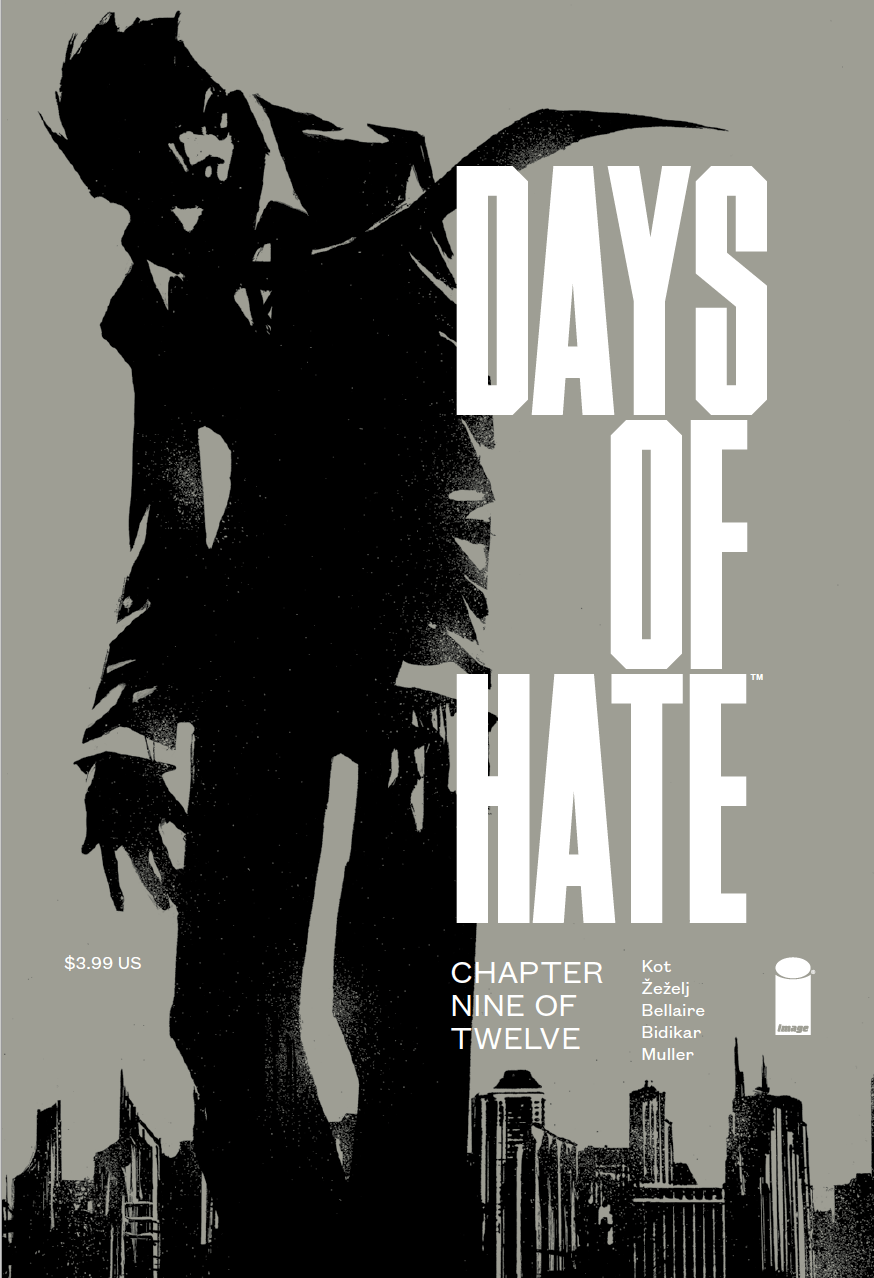 Can you remember a point in your childhood, when any given matriarch would be engrossed in their ‘stories’ and some tense moment would happen on the TV that made it so that you weren’t allowed to make a sound until it was resolved? Days of Hate has evolved into a political thriller with high stakes and no clear end. It’s a thing of beauty, really. There’s enough tension to cause a jump scare turning the page.

The scariest aspect of issue #9 is how close to reality the book parallels. Parts of this issue come off as extrapolations of news headlines. It’s easy to forget that this is an arc limited to twelve issues because Ales Kot is writing the stars out of the sky. Days of Hate #9 is a super-fueled and political reality TV as stage-play epic. Each of the main characters has set a trap for the other, but only the NPCs are being punished?!? Days of Hate is a modernized Greek tragedy. We are witnessing another elevation of comics as social commentary. 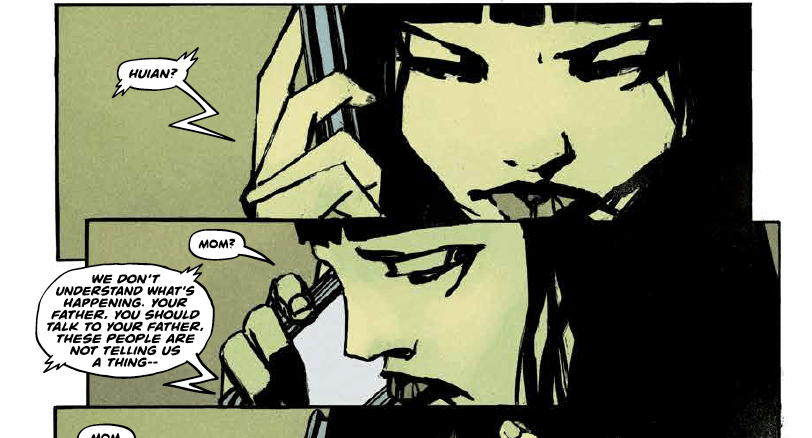 Zezelj brings it with the artwork as usual. Tight close ups on the eyes to increase the tension, dug deep in to panels sliced through the page. Days of Hate #9 is a pared down triumph in its presentation. As we get closer to the end of the run, you can see hella synergy with the art team. The cascading panels draw you into this world and keep you there. Ain’t no splash pages, no giant flashy pieces to distract you from the immensity of the story. A frightening and symmetrical aesthetic on display, like walking down a dark alley late at night – just in a book.

All in all, there is a hell of an ending coming through and I have no idea where it’s going. I only know I want more.