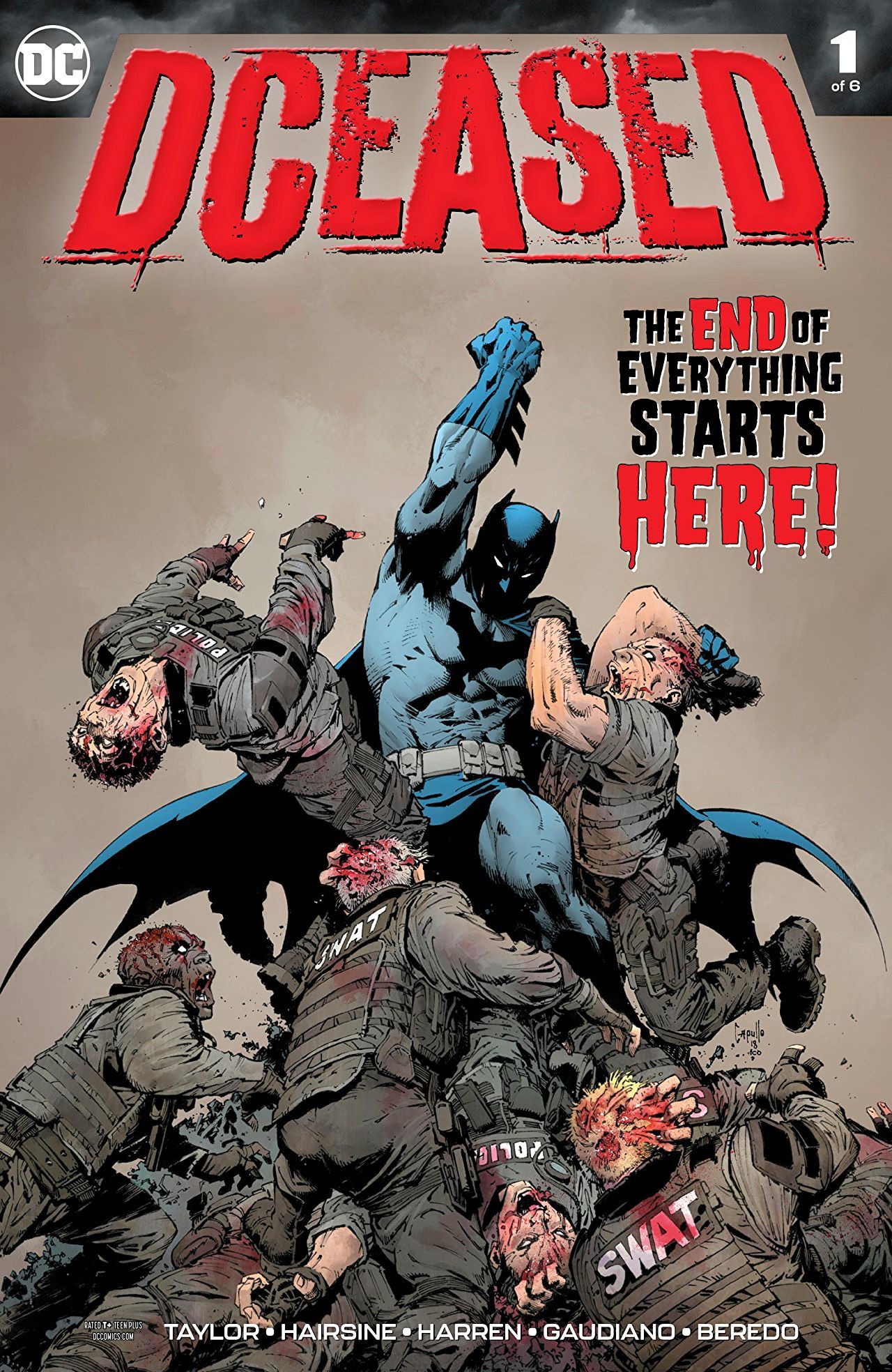 I don’t know why or how we’re getting a DC Zombies book. I can’t imagine that the particular cross section of superheroes and horror was chomping at a bit for an out of continuity story where the Justice League goes up against a weird techno-virus. And yet the combined efforts of Tom Taylor, Trevor Hairsine, Stefano Gaudiano, and James Harren have produced DCeased #1, a vividly nightmarish narrative that has already proven that this exceedingly specific niche has a place in DC universe.

The entirety of DCeased #1 is punctuated by pessimistic narration. In light grey lettering from Saida Temofonte, an initially unnamed voice sets the stage of Darksied’s defeat with a paragraph that sent shivers up my spine:

It started with something like thunder. I don’t know how else to describe it because it was a sound no one had ever heard before.

It was the sound of a Superman breaking the jaw of a God.

And mind you, that’s just what’s on the first three pages. This slightly larger than usual offering (26 pages) grabs you from the jump and you know that the creative team is going for the throat with this mini-series. 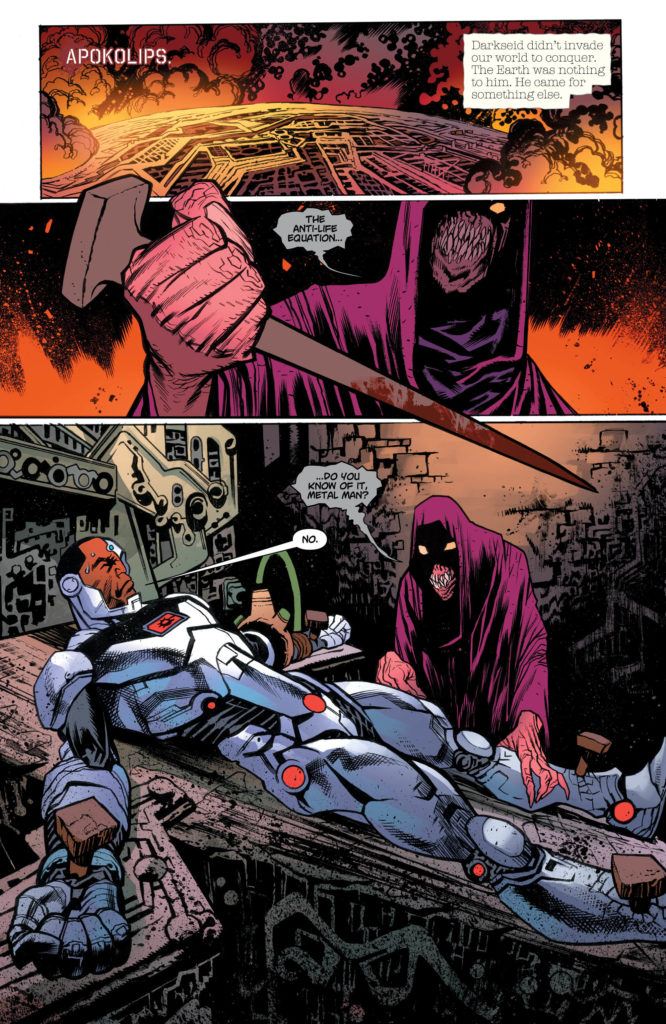 Tom Taylor is no stranger to dark timeline universes. As the chief architecture of the Injustice comics, Taylor has credibility when it comes to navigating beloved characters through exceedingly harsh universes. DCeased opens with the end of a week-long campaign against Apokoliptian forces before pivoting to a zombie (which to be fair, isn’t probably the technical term, but it is the practical one) outbreak on earth and when you read the story, you’re just sort of nodding your head like “yeah, that’s actually the only way this could have ever gone down.” There’s a perceived effortlessness in how Taylor looks at the phrase “Going Viral” and manages to extract a zombie story from the Anti-Life equation and Cyborg. It is Bastdamn one of the coolest things I’ve read in a minute.

And that’s also in large part to the beautiful artwork. Trevor Hairsine and Stefano Gaudiano handle the opening skirmish and start of the outbreak at the end, while Harren illustrates the transitional anecdote focusing on the actual creation of the virus that will be the focal point for the issues to come. All three artists contribute to this drab and dark universe, injecting a hence previously unknown type of horror into the DC Universe that still very much feels like DC.

This particularly bleak storyline attracts my attention for so many odd reasons. It’s the cleverness in the inciting incident. It’s the not-quite omniscient narrator given us the play by play. It’s the damn near iconic images littered through the issue. It’s what out of continuity events were made for and again, I never would have thought to ask for this, but now I want the rest of it immediately.