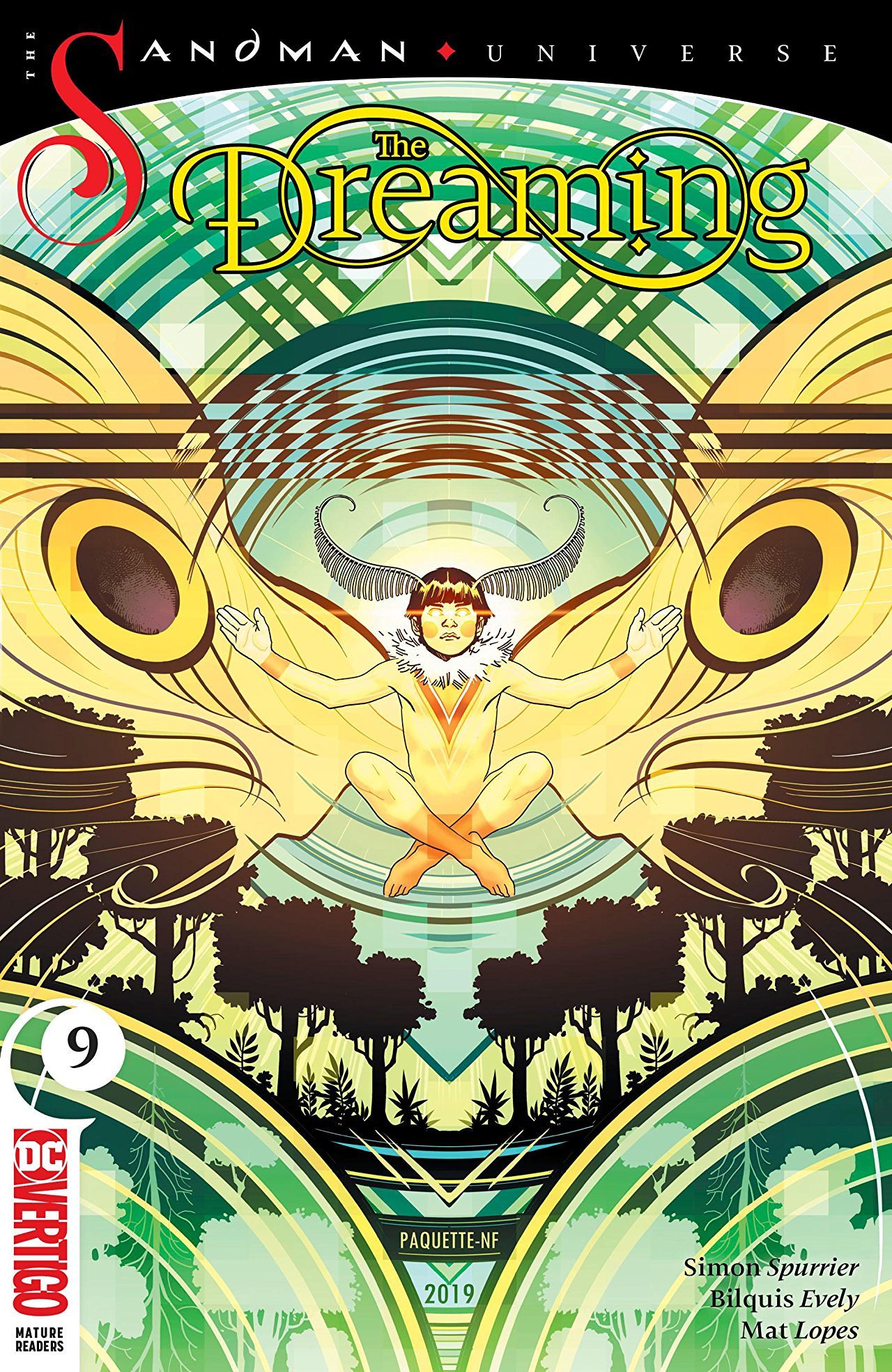 After learning about Ivy’s courtship of Daniel a.k.a. Lord Dream, we pivot back to the titular location where Dora, one of the many new characters introduced in the Sandman, as she deals with the latest entity trying to take management of Dream’s domain.

If you thought things were weird beforehand, things get really weird in The Dreaming #9. Whereas Judge Gallows represented a not-so distance past, this new as of unnamed entity is an entirely different type of esoteric: Electrical sentience entangled in the void. What a sentence and what an image. Spurrier continues to alter the rules of the reality, and Evely continues to illustrate a world truly unrivaled in its quirky beauty.

The search for the truth behind Daniel’s disappearance has been the central narrative thread since the original deployment of the Sandman Universe, and this second arc has provided a lot more direct answers and also solidifies Daniel’s story as a strange romance in the backdrop of a weird, pseudo-political conflict over the collective unconscious and possibility that exists with the realm. 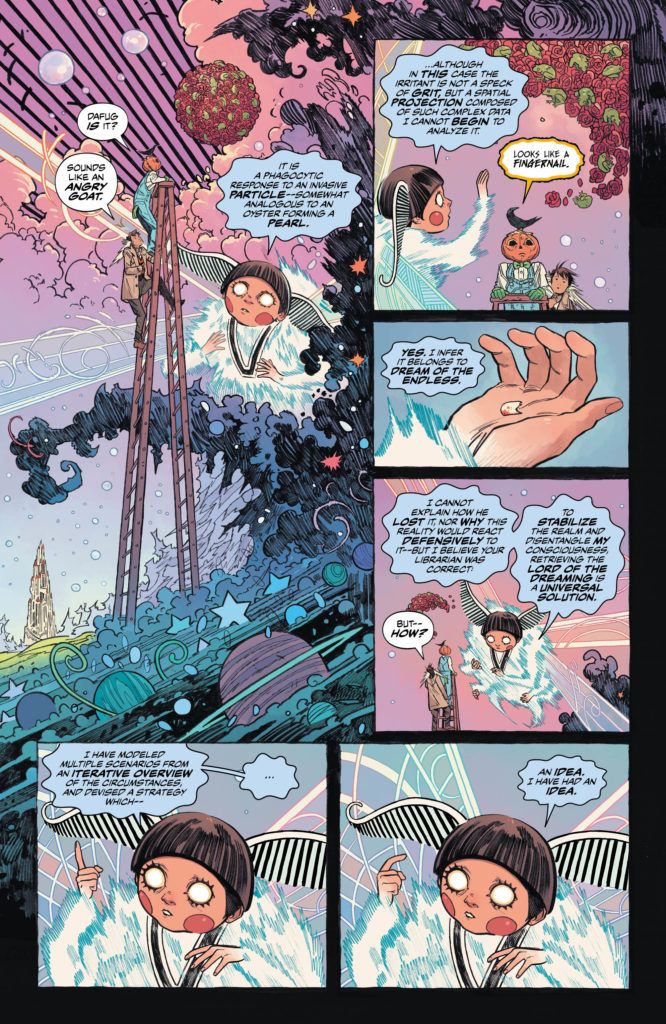 I’ve said this before: this a dense comic. There are a lot of moving parts considering how the various individuals of the Dreaming each have their own stake in the revolving door of leadership in a place where knowing secrets holds unlimited power. The Dreaming #9 is not the first time where I’ve had to slowly comb over each page and reread it to make sure I understood the flow, but it is one of the first times where I’ve been tempted to start all the way from The Dreaming #1. With nearly a month between issues, it becomes difficult to remember everything, and in part it’s due to the ambitious nature of Spurrier’s narrative. I could have never imagined this is where the Sandman Universe was heading, but it’s fraught with the same epicenes of its source material. However, I engaged with that material in collected volumes.

After Rose Walker’s interlude, The Dreaming #9 does serve as a welcome return to odd magic and sweeping landscapes. Evely and Spurrier evoke the right tone to tug at the heart strings as the grand stage keeps on expanding. How much you’ll enjoy it will likely vary depend on how you engage with your pull, so in any event: set some time aside for this one.

Enjoying The Dreaming? Check out BNP’s other reviews here.