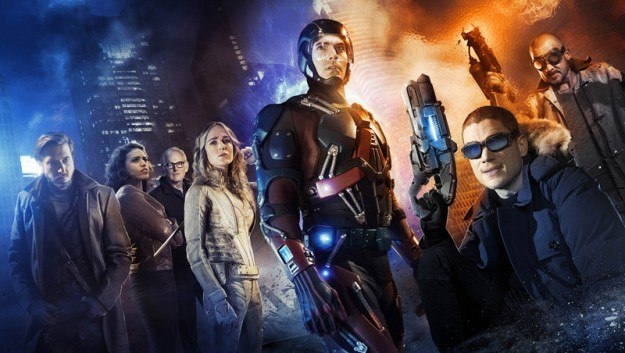 We’ve seen Arrow, then came The Flash spin-off, along with CBS (which owns The CW) making Supergirl (taking place in the same universe), and now comes the latest being the Satellite-era of the Justice League… well I’m not sure if copyrights will allow them to actually be called the Justice League, so we’ll go with:

For now, at least. Yeaaaaaaaah, the trailer dropped earlier today and we got a gang of heroes together — some even coming back from the dead — to make this team. And we have a new enemy in Vandal Savage. They seem to be reaching deep in the octogenarian pool of villains, but Savage ain’t no joke. The man is straight… savage (had to do it).

Now let’s break down what we got here. The MVP of time Rip Hunter The Time Master Gawd:

Some new faces becoming rag-tag heroes, such as Hawkgirl:

[divider type=”space_thin”]
And some faces we thought were dead, but apparently aren’t (looking at you, Sarah Lance):

This show seems very much like the issues in comic book strictly dedicated to the mix-matched heroes (and sometimes villains, as apparent with this show as well) teaming up for certain occasions. We haven’t really had a superhero team show on TV for the longest (Tomorrow People, I… don’t actually hate that it had to be you), so it’s going to be interesting to see how this all plays out. The trailer really leaves you with a “you know what… fuck it, why not?” feel. We’ve already been invested thus far with Arrow and Flash, so let’s see what happens in the next chapter of DC Comics’ TV Universe.

Also… Ray Palmer must have been feeling that Ant-Man sting cause he finally entered his name into the lowercase game as well.