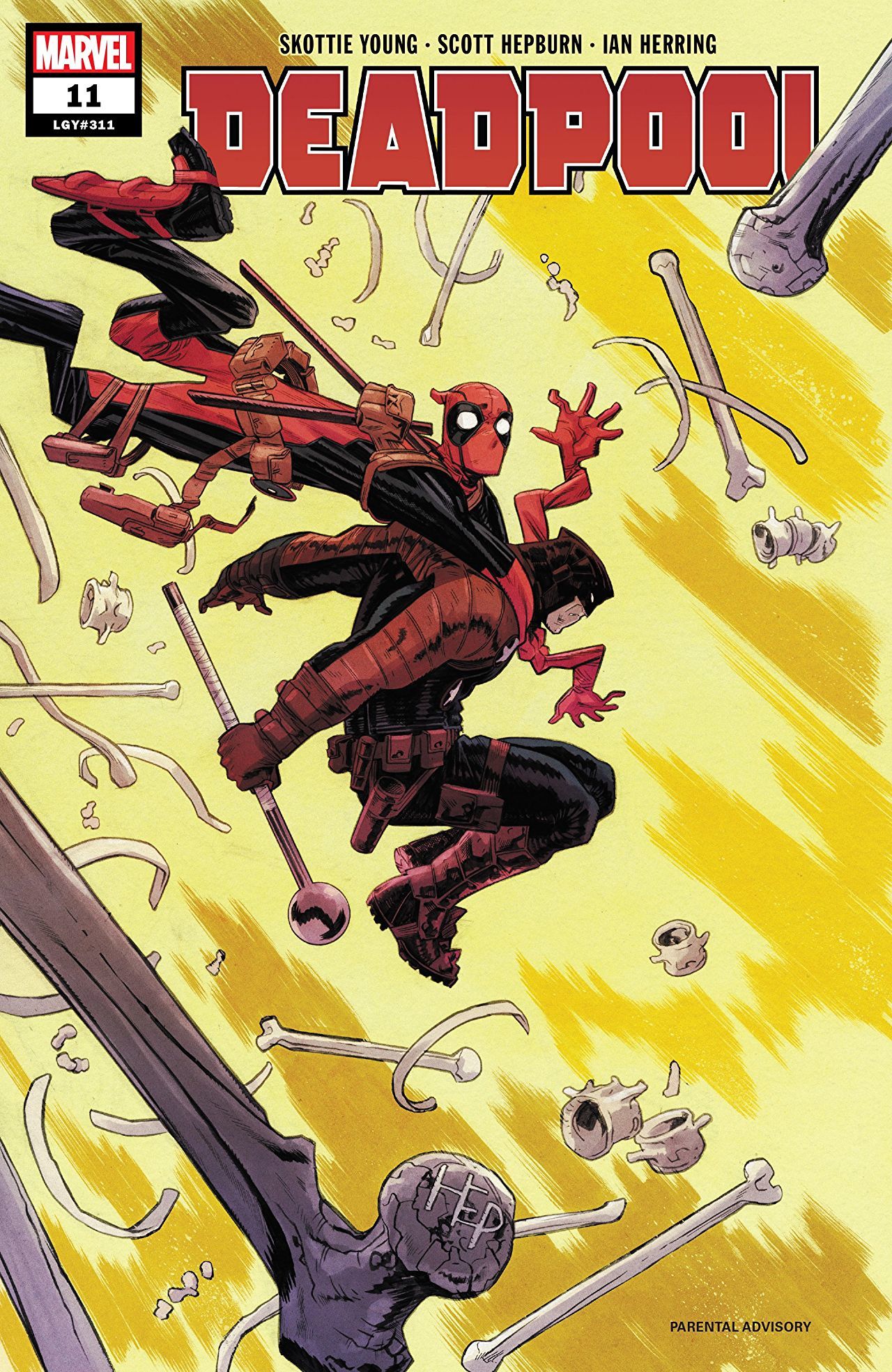 Getting On My Nerves

Alright, so from the jump, the main take away from this comic: Villains with the darkest back stories, be making the most drastic decisions. Important takeaway, I promise. In the last issue of this Deadpool series, we observe Wade chillin’, waiting for his prey. He tries to use the good ol’ bait method to lure them in; but alas it does not work and now we got a broken Merc with a Mouth being dragged across the city by the nemesis he was trying to capture. After the dreaded drag, readers are lured into the villain’s absolutely terrible back story. (Not terrible as in horribly executed. Terrible meaning, absolutely traumatic. 10/10 needs some therapy).

I appreciated the time the Young-Hepburn team took to make this one of the saddest origin stories I’ve seen in a while. Especially the twist, that was a “what the hell is going on” kind of twist. The narrative kept me engaged and emotionally confused. It was absurd enough to generate comedy, but not the usual “ha ha” slap neck comedy DP usually brings it was more of a “why is this happening.” By the end of the comic, I kept rooting for the poor unfortunate soul. 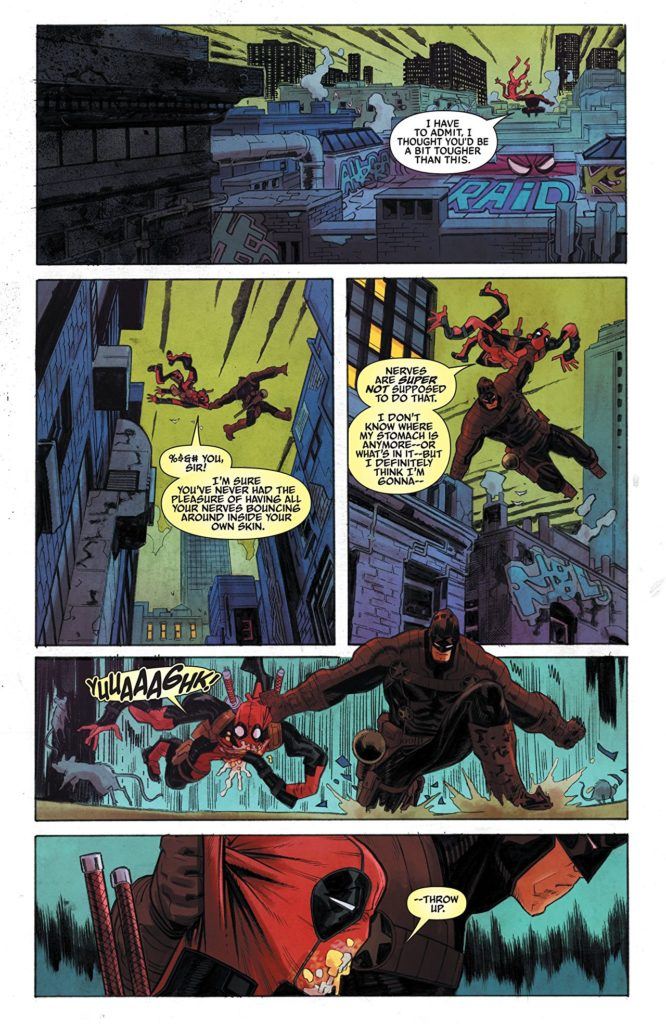 What the Young-Hepburn team did right was use a different comedic approach that was more “internal searching” than gut buster. This is an important contrast considering that Deadpool comics have a sense of absurdity that tends to feel random or witty (understandably so). At the same time, I was satisfied with the approach of comedy in Deadpool #11. This issue allowed me to connect with the villain outside of laughing at their pain. This was more of a “yikes” than an eyeroll at a corny input. This felt like an honest drag, and though I am slightly iffy on the art style in this series a little bit, it was useful in expanding the narrative. It did not take attention away from the grand scheme, the colors felt multi-dimensional. The penciling made the limbs look discombobulated, and it was a genuine sight to observe.

What I will look forward to in future issues is the expansion of these arcs. What do these villains and side characters bring out in Deadpool? It often feels like as funny and amazing the issues are, I’m consistently trying to figure out “How does this relate to Wade?” This can be great short snippets, and maybe I am trying to psycho-analyze and do the impossible, but I am missing Wade’s motivations. I get his reactions but not enough of the analysis.

9.4 Cringing Crooks with Outrageous Motives out of 10