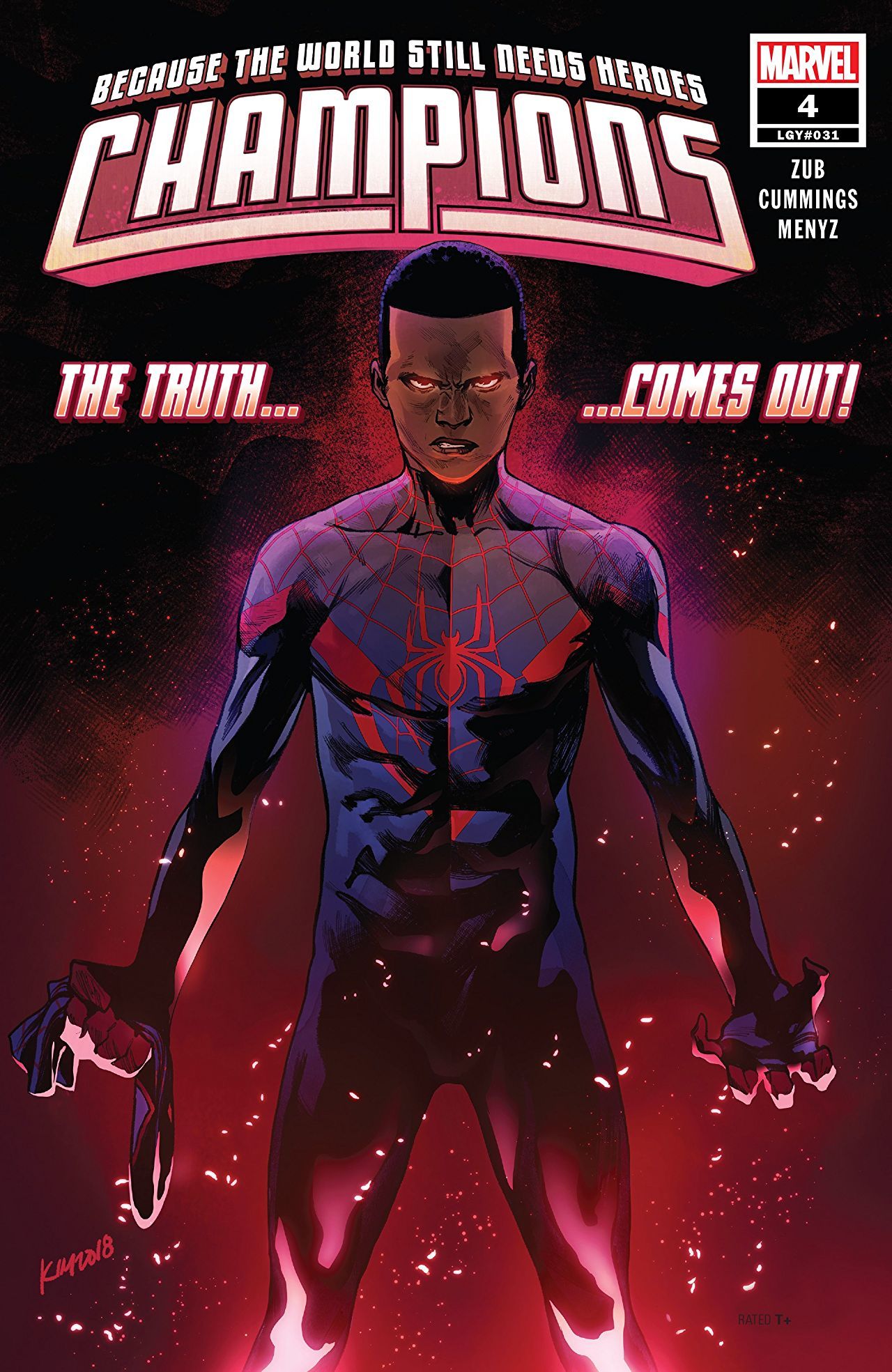 Leave it to the devil to emotionally cripple and break one of the most positive and endearing teams in the Marvel universe. Why do you ask? Well, it seems that sweet, once hopeful young hero tears are tastier than honey and, to put it simply, because he could.

We continue with Kamela confronting Miles about hiding the truth from her. More than any book, I give the Champions series a ton of credit for forming the relationship between Ms. Marvel and Spider-Man. Kamela and Miles are best friends and closer than any other members of the team. That’s why I think this issue and the scenes with the two of them work so well. It’s emotionally charged and heartbreaking to see Miles confess the deal he made to save her and Viv’s lives. If it weren’t the two of them and if Champions didn’t build their relationship as friends and leaders, I don’t think it would have had the same impact. 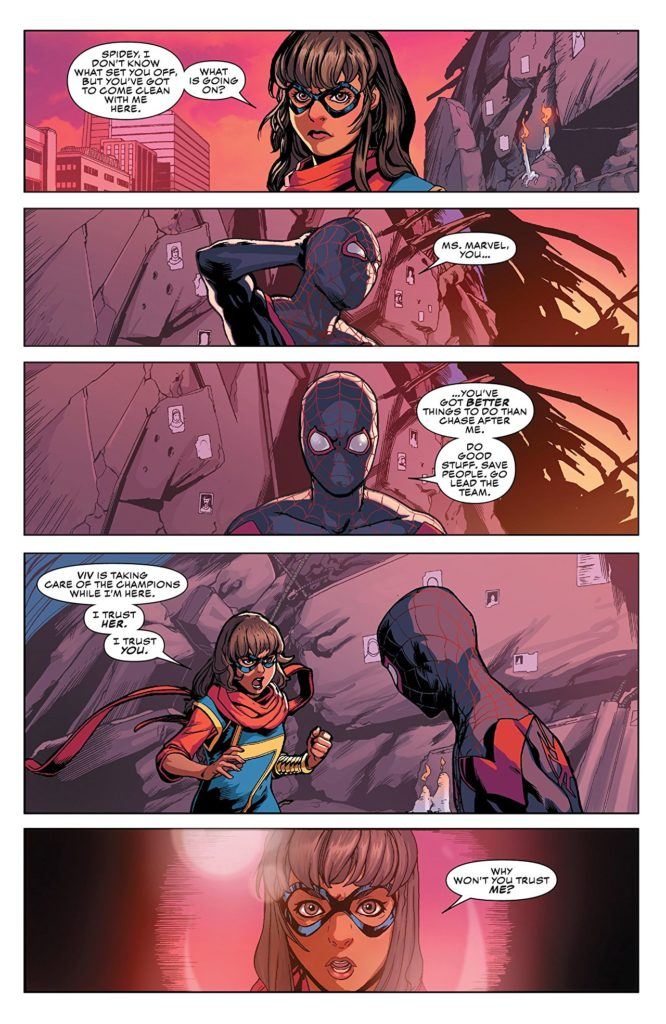 While Kamela and Miles’ falling out of sorts is definitely the highlight of the issue, we do get some action in the form of Kaldera going HAM on poor powerless Sam. Without Kamela and Miles, it’s actually kind of fun to watch the team scramble to try and save Sam. They aren’t exactly powerless, but there is definitely a loss of direction without Kamela in charge. Cummings artwork was practically made for explosive action scenes that look damn good in every panel. It also helps that he gets to play with a lot of the teams’ different powers and abilities.

At the end of this issue, it’s clear that the team is broken in some ways. It’s how they come back together that I’m interested in. With this new run on Champions, it seems like Zub is putting our heroes through their biggest test yet. There is definitely a less cheerful tone to this story and more of a “breaking our heroes down to see who they really are” type of feeling. One thing is clear, Mephisto is not done with the team and while Champions has definitely moved into new territory, it’s still a great read.

8.5 Delights in Bringing Suffering to All Spider-Men out of 10