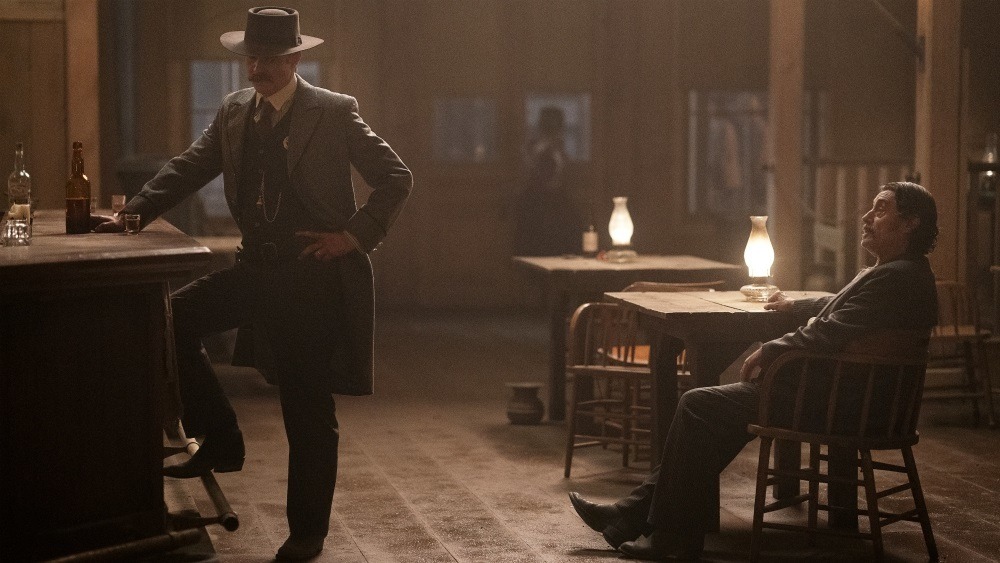 It was one time impossible to imagine we would actually get more Deadwood after the unceremonious ending of its three-season run. Most HBO scholars probably know the story by now of how Deadwood and other shows were canceled to make way for shows for John From Cincinnati and other underperformers. In a way, it signaled HBO transition into more irreverent (and frankly lower quality) shows before bouncing back in its present state. But in a TV climate that has given us more Veronica Mars and Sabrina, we shouldn’t count anything out.

What is perhaps the most amazing thing about Deadwood is the reuniting of the cast. It seems just about everybody that was still alive in character (and also still alive in person, RIP to Powers Boothe and his amazing Cy Tolliver character) makes a return. That’s a testament in itself, considering that Deadwood made legit TV/Movie stars out of its main leads Timothy Olyphant and Ian McShane. Yet, here they are, a considerable number of years older, but still the characters we got to know so well before they left us. Seth Bullock has a fuller family than how we left him, in arranged but marital bliss, but he’s still a hothead led by emotions and impulsive decision making. Al Swearingen is still the cold pragmatist who gives witty insults as easy as drawing breath. This is true for all of our favorite characters, whether it’s the Doc’s imprudence and impatient conduct towards those he treats or Calamity Jane’s awkward belligerence. David Milch and the cast invited us back to Deadwood, South Dakota, put a little grey in people’s hair, but made sure we felt right back at home. 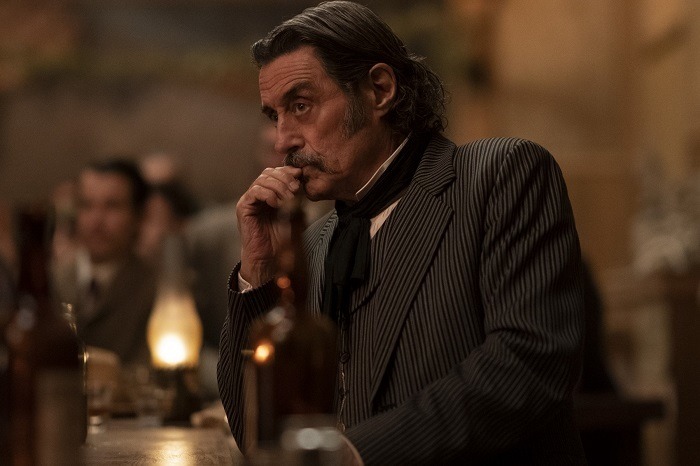 As seen in the trailer, the central conflict is familiar as well. George Hearst who proved out to be the biggest bad Deadwood had seen by series end, is back. This time as a sitting U.S. Senator for California. Which changes little about his demeanor or historical actions. He’s in Deadwood to advance his own means, which is both true to the character and an indictment of the plight of political leaders (then and now). Deadwood seems to have mellowed considerably in the years we’ve left it, but Hearst changes that. The dredging up of several bad memories for the residents and his tried and true tactics of intimidation set the town on edge all over again. Characters that had seemingly moved on from their destructive acts in the past are rekindled again when the catalyst arrives.

Ultimately, the Deadwood movie succeeds in knowing its limitations and giving longtime fans the closure, they never experienced. The plot isn’t super ambitious, and it doesn’t try to tie up a billion loose ends in just two hours of run time. But we are given the advancement of everyone’s story enough to feel comfortable with them aging into the ether without a ton of what-ifs. In a world that was marked by surprising and galvanizing deaths, the movie gives us about the closest to a happy ending that Deadwood is capable of. 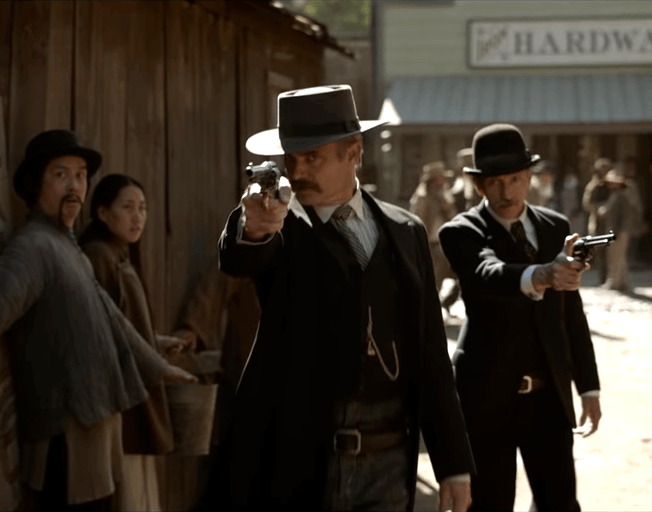 Getting the gang back together, the Deadwood team gives us a quality send-off for the characters we were shortchanged from so many years ago. Getting another season of Deadwood this many years later would’ve seemed unrealistic and without access to a time machine, a two-hour movie event is the best we could’ve expected. The time is spent wisely, the last visit to our favorite, barely lawful Shakespearean drama and a fitting farewell to one of the best TV shows that premium programming ever gave us.