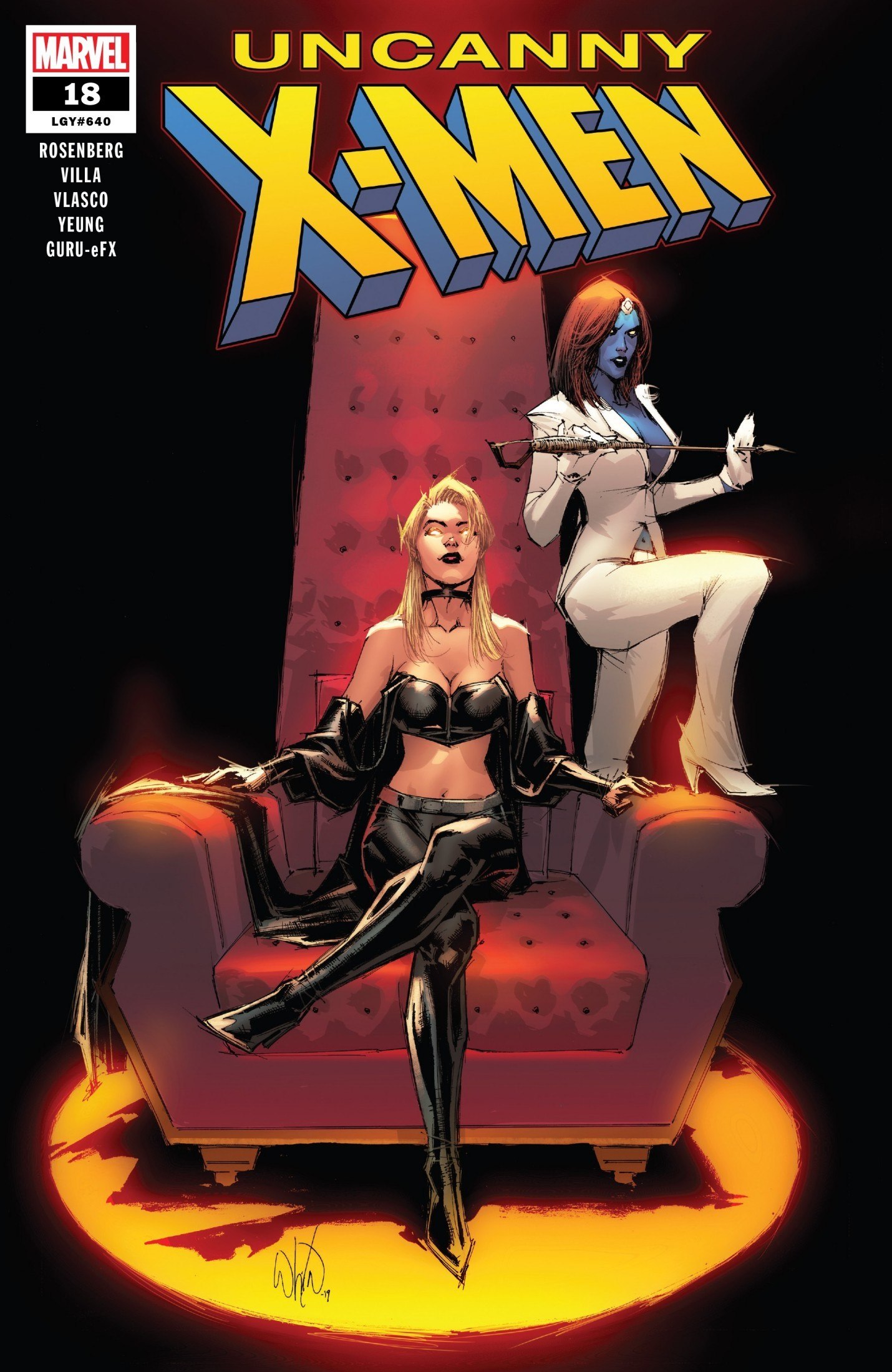 “History books are written for people who want to remember.

“We Have Always Been” Part III finds the patchwork X-Men crumbling a little closer to decimation by the minute. This issue picks up not long after the controversial murder of Wolfsbahne, and the revelation by the recently joined Juggernaut that the remaining X-Men had their memories of Emma Frost either erased or blocked. As tensions and reservations amongst the group lead to more deaths and resignations, an old school X-Men villain returns with a freaky powerset upgrade.  With a major X-reboot coming from Jonathan Hickman in July, current flagship writer Matthew Rosenberg is putting the mutants through hell and back and again before he signs off.

Issue #18 of Uncanny X-Men begins with Logan telling Illyana two things – he got vengeance for the murder of Wolfsbahne and that he is also ditching the team. After the deaths of Rahne and Wolfsbahne, he knows that things will only get worse.  Later that night, Cyclops leads a team to strike another target on his list – the Marauders.  Getting the drop on Mr. Sinister’s mutant assassins leads to things getting out of hand quickly as Chamber wants revenge for their infamous Morlock Massacre. 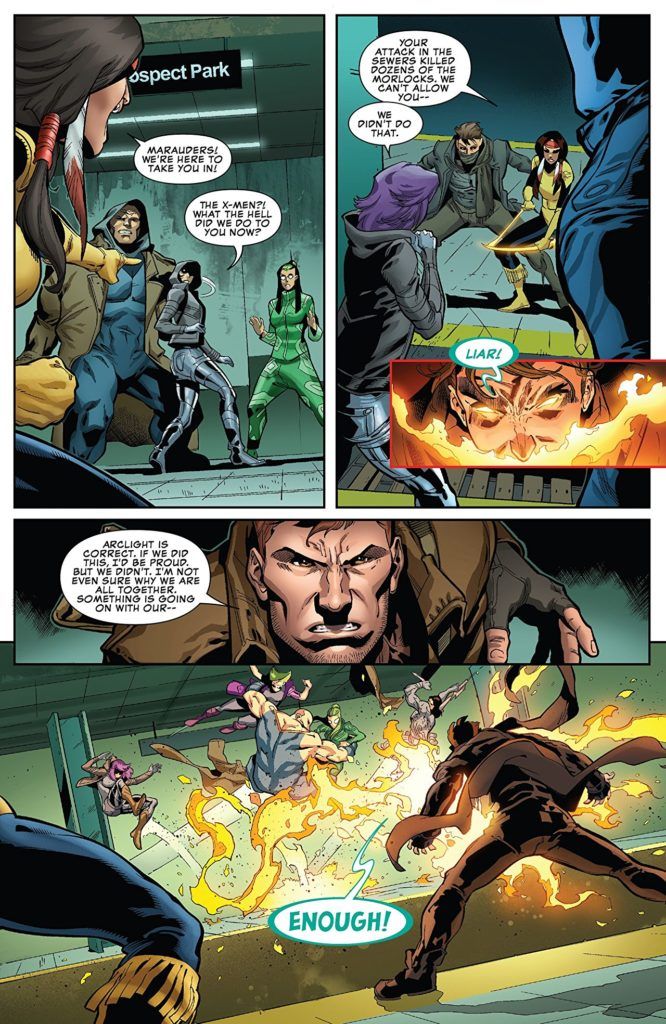 The team is unable to restrain itself, and Chambers unleashes his full powers, incinerating the Marauders.  Before Cyclops can even deal with the former Gen-X member’s insubordination, Harpoon uses the last life remaining in his body to impale Chamber through the chest. Hoping to save Chamber, Magick quickly teleports the team back to their not-so-secret base, Harry’s Hideaway, only to find it burning to cinders.  As Juggernaut rescues those inside, the X-Men come face to face with the arsonist, Mr. Sinister. Infuriated by the murder of the Marauders, Sinister uses a new set of powers to fight the X-Men by  duplicating himself before merging into an overgrown Evangeiion-leaving Super Berserker Sinister.  He handles the team with ease until Havok, constant butt of Sinister’s jokes, pushes his powers to the limit and nearly loses all molecular integrity.

Fast-paced, purposeful, and fearless in keeping the stakes high, Rosenberg’s X-Men run will leave an interesting and debated legacy. Only four issues remain in the current arc of Uncanny, and former X-member Emma Frost herself is slowly emerging to be the mistress of the chessboard. The White Queen and Cyclops have a major reckoning coming if Slim gets his memories back. Chances are he does not have too many nice things to say to a woman who controlled him psychically and faked his death in order to ignite war with the Inhumans. Whatever closure the future holds for the X-Men the reckoning of Cyclops will define the outcome.