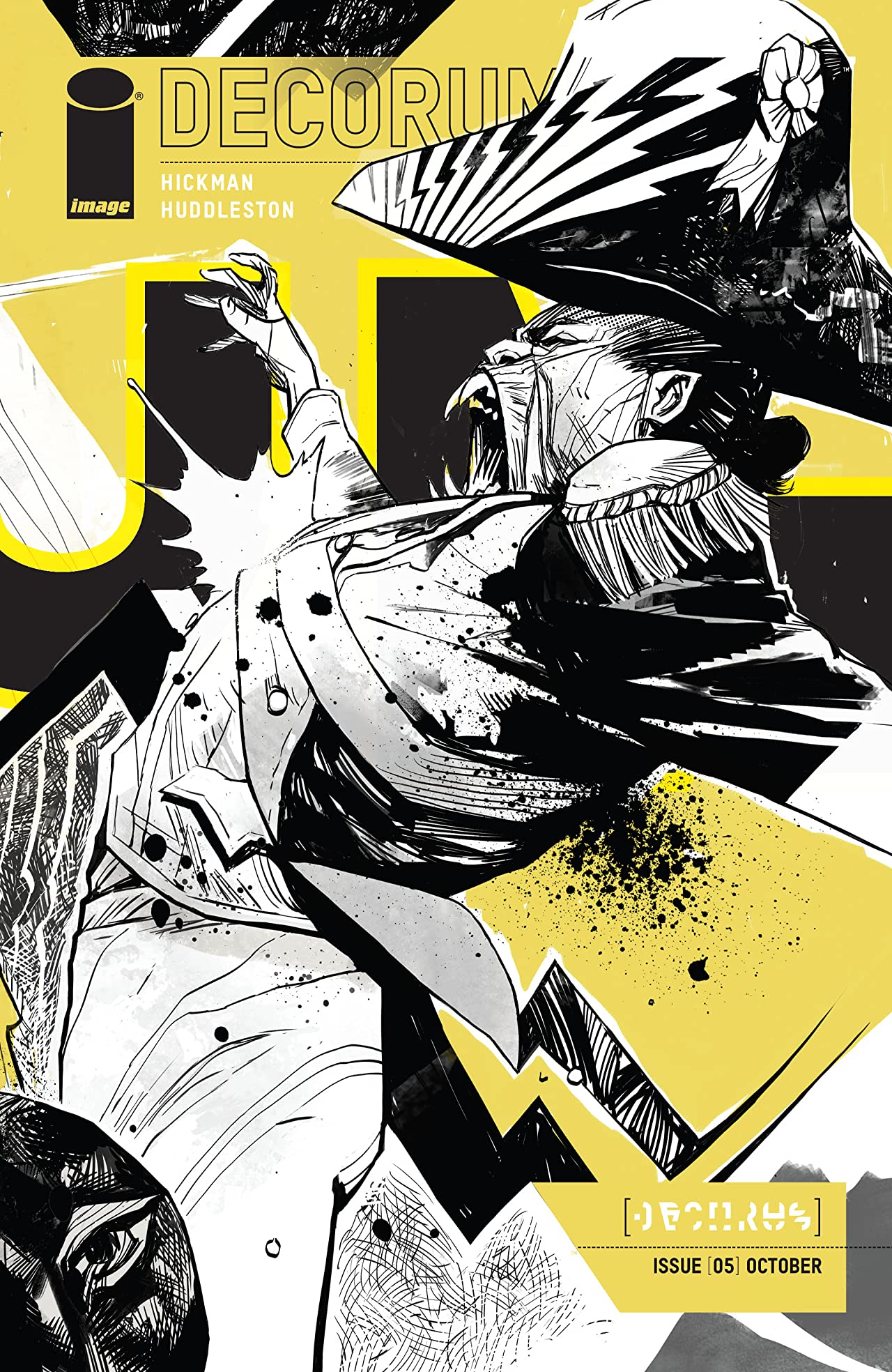 When talking about Decorum, both the comic book series and the general concept really, there is a certain air of self-indulgence to the rhetoric. The cadence of the word itself is prim and proper in a very particular way, to the point where I feel like I need to actively acknowledge that Decorum is esoteric and serialized heavily. But with that said, it is still perhaps one of the most engaging comics I’ve read in 2020. I think it has something to do with the two drastically different scopes the series undertakes, the juxtaposition of this galactic wide cosmic conflict and the coming of age story of a would-be assassin. And I think it certainly helps that Hickman’s impressive narrative is backed by the incredible artwork of Huddleston, the on point lettering of Wooton, and Head’s immaculate design.

Hickman is an ambitious writer as always and if his scripts ever manage to make it into the public domain, I’m pretty sure I’d just gawk at the wizardry he asks of his creative team and the subsequent magic they do to bring such a multifaceted story to life. Yet, even with the different vignettes and the disparate styles, the story feels unified and connected. The world has a clean sense of internal logic that feels impenetrable at first, but each and every issue makes it more apparent that the thematic resonance of the cycle of life and death adheres to strict rules and feels poignant.

I love the way the books’ look. I love the interstitial material that punctuate scenes. I love how each issue has its own self-contained structure that it iterates and connects back to the larger narrative.

I’m sure other creative teams could have gotten me this excited over reading a multiyear syllabus, but right now, Decorum holds the title for most engaging assassin school montage across all of media for me at least. It is tour de force of sensory delights and should definitely be on your radar if it’s not already.