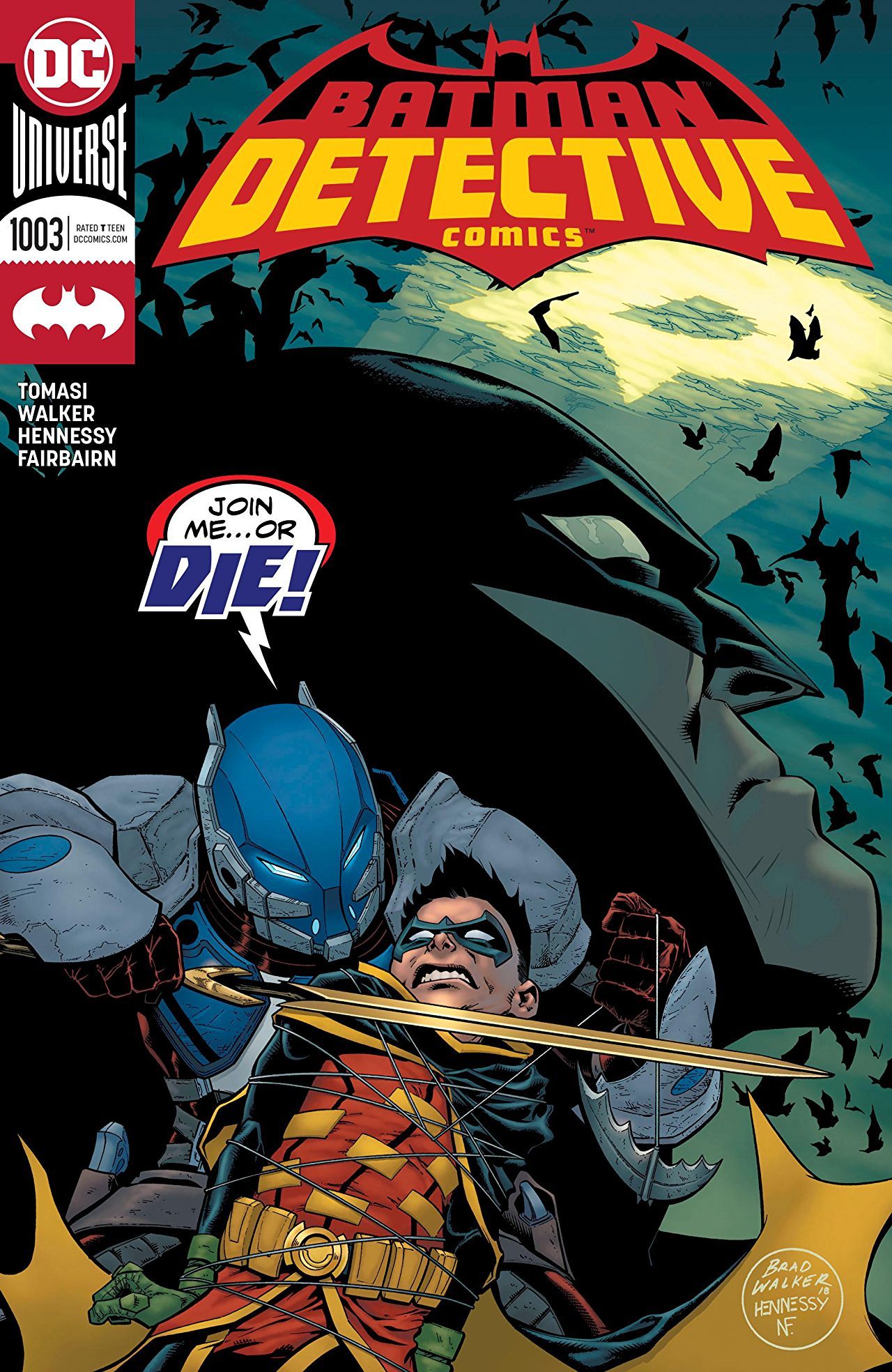 Tomasi wasted absolutely no time unveiling the new Arkham Knight, and by the first splash page, we already see her face. We, of course, have no idea who she is, nor does her captive Damian which certainly adds to tension of the issue.

“Medieval, Part 3” plays to the same strengths of the previous issues. The Arkham Knight continues to show off why she’s such a potent threat, both combatively and ideologically. Damian gets plenty of screen time, to both comedic and dramatic effect. Batman gets to show that he’s a very concerned father when he wants to be.

However, there isn’t as much forward momentum with the main narrative in Detective Comics #1003. There’s a lot of thematic exposition and resetting of the proverbial board. Both the Arkham Knight and the Dark Knight regroup and determine their next steps. It provides some nice context, but the main, crucial story beats exist at the bookends, and the bulk of the issue falls on familiar moments. Not that that’s a bad thing. Tomasi has fun with the dialog and there’s a strong underlying voice driving the arc. 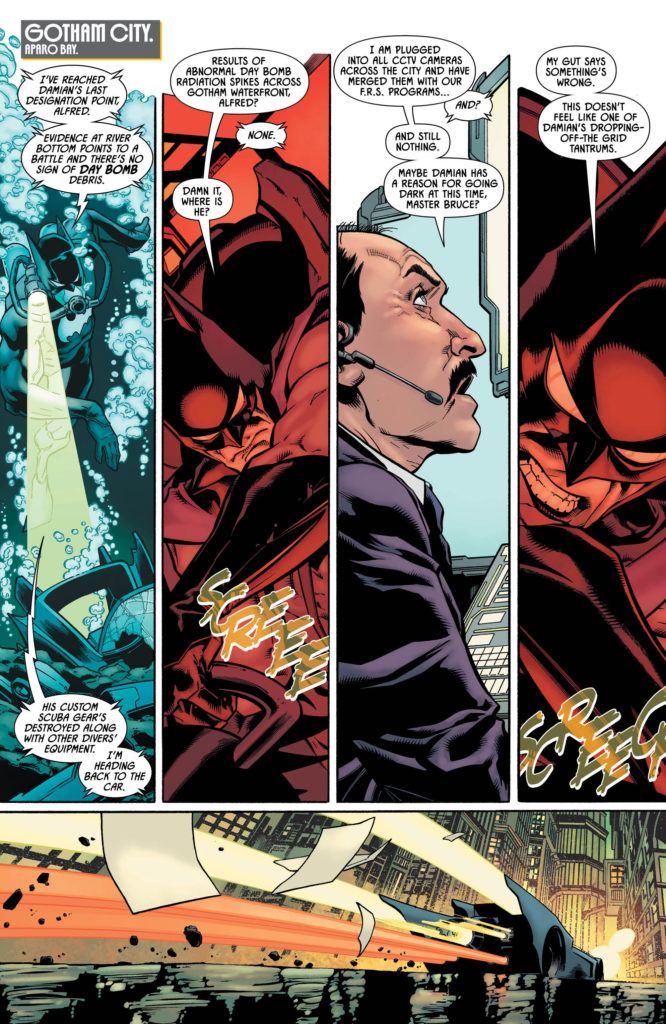 Furthermore, Walker’s art continues to impress. He captures the menace of the Arkham Knight beautifully, the unable-to-fail attitude of Damian, and the ever deliberate, ever methodological Bruce. The facial expressions are wonderfully emotive and the action sequences are fun.

With almost all of the set up taken care of, the true test of “Medieval” is going to lie with its next installments. Tomasi and Walker have created a solid foundation and tinkered with time tested tropes to create an intriguing core conflict. Having Damian at the center of all the commotion helps distinguish the story, but the story hasn’t caught fire just yet. Although, knowing this creative team, I’ll be eating my words in a couple weeks.