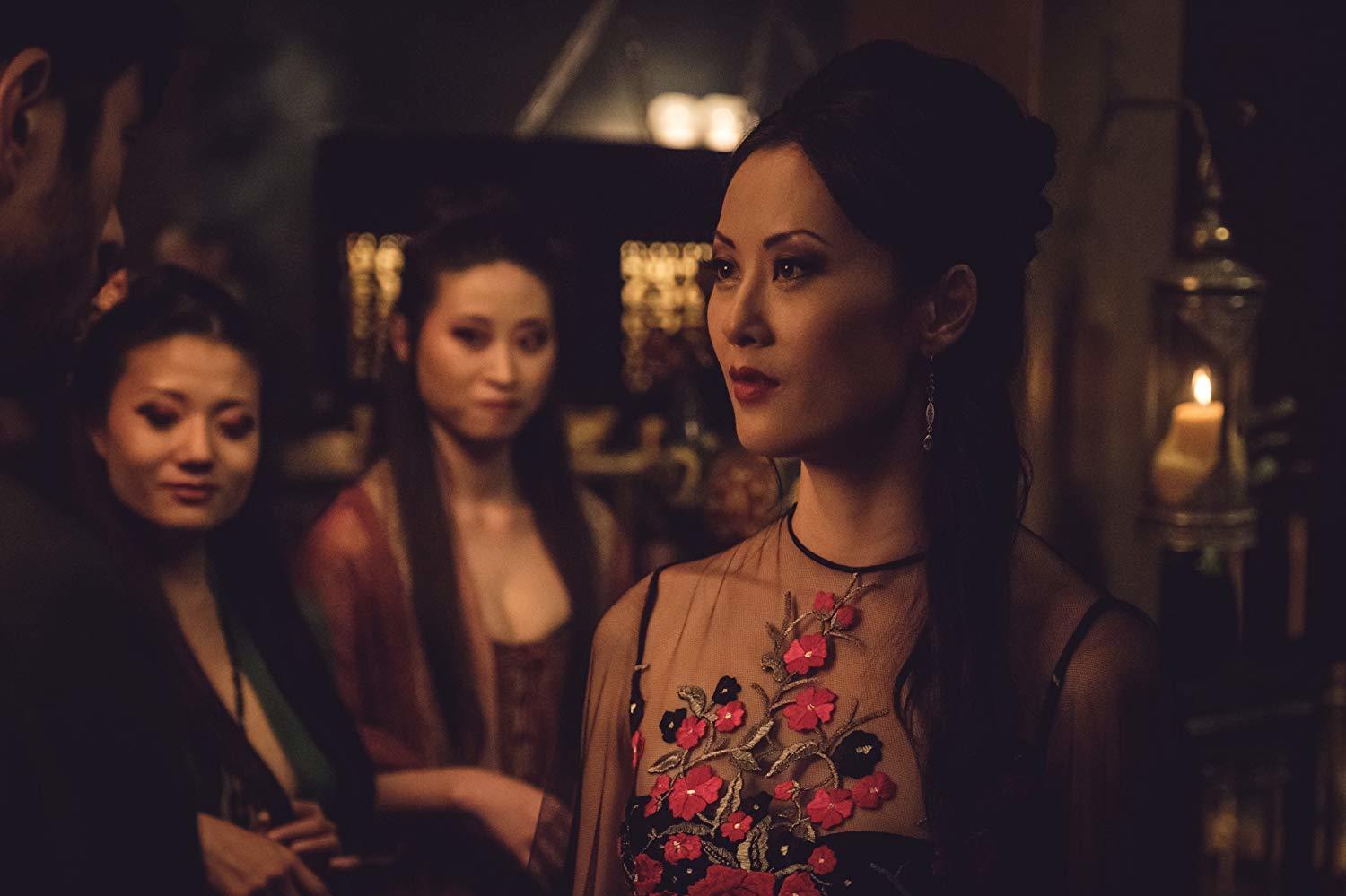 When it comes to exciting new shows, you’d be hard pressed to find a better offering than Cinemax’s Warrior, the new Martial Arts standout, inspired by Bruce Lee. Warrior tells a story of late 1800s San Francisco which is seeing an influx of Chinese immigrants. BNP was blessed with the opportunity to sit down with Olivia Cheng, who has already impressed this year with her portrayal of Master Gao on Deadly Class. Flexing her acting skills and changing roles completely, Olivia Cheng plays the captivating brothel owner Ah Toy in Warrior. Let’s jump into her thoughts on the season thus far.

Black Nerd Problems: How important is it to properly portray Chinese immigrants of the late 1800s, on screen?

Olivia Cheng: I’m the daughter of Chinese immigrants from Canada. I translated for my grandparents. It would pain me when I could see that people would talk at or about my grandparents. As a kid, I understood my grandparents knew a lot more English than they let on and that they understood more English than they were able to speak. The fact that our show plays with that idea and the language device it used. In terms of having Chinese characters speak broken English directly to white characters. And speak modern day conversational American-English to each other to represent Cantonese. This is something that I think is so important because it opens a portal for audiences to be surprised and divided by the emotional lens. It also challenges our viewers to question their own interactions with immigrants from all parts of the world.

BNP: There are some really despicable things that happen during this show. How important is it that we show these elements, as well as the more glamorous side Chinese representation?

Olivia: Showing things that people find despicable is very important. A good drama can’t exist without it. These are very much life and death stakes. Chinese lives are considered cheap. If you take one, you’re very likely to get away with it. It’s important to convey that reality. It gives some kind of acknowledgment to the countless, voiceless Chinese immigrants that we’re never going to know. We’re seeing the same things now, with other ethnicities. Maybe if you watch the show, and yes, it’s about Chinese exclusion, but maybe it will make people think about things happening right now that are echoing things on the show.

Cutting Edge In Every Respect 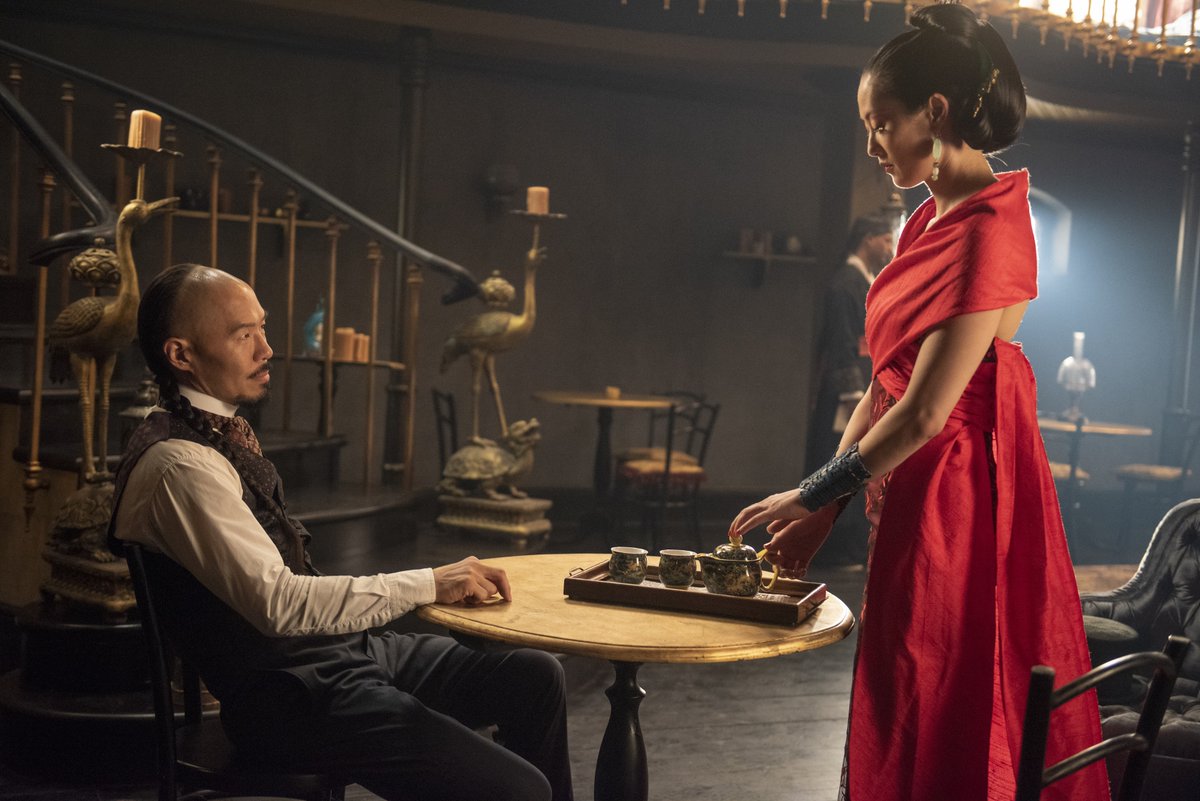 BNP: You come to slay each and every episode. Did you enjoy the wardrobe that you were in and out of while shooting? Or was it more of a painstaking process?

Olivia: It was interesting because as the show goes on, there’s almost an experimental feel with Ay Toy because as we’re trying to find her look. It’s so much fun playing with your look as a woman. Her hair and makeup changes in every single scene. It was a lot of fun for me to see all the things the hair and makeup designer would do to keep my look different every time. But having gigantic trains, having very high heels to walk in, having a corset…I think any woman out there can tell you how impractical these things are.

BNP: Why is Warrior the one new show that people should be watching this Spring?

Olivia: If I wasn’t on the show myself, I’d be subscribing to Cinemax JUST TO SEE THIS SHOW. There are so many themes that are relevant. Its entertaining, it’s funny. Its an innovative and different look at this kind of show. It has something for everyone. Whether you’re a comedy buff, drama buff, a history buff or a combination of all of the above and like dark comedy, it’s all in our show. It’s also a cinematically rich world. I can’t say enough, how epic our show looks. BNP: What is it about the women on Warrior that makes this show so special?

Olivia: I think you have Ah Toy who is established as a crime boss in her own right and a vigilante. Not only has she managed to survive in a very masculine world, she has established her own business, is very wealthy and is no longer thinking just about herself, but her people. Mai Ling survived an incredibly abusive relationship and has risen her way through a criminal organization and is now at the top of it. She’s ruffled some feathers. She’s ballsy, she’s dangerous. That’s not depicted very often in cinema or on television, especially with Asian women. Then you have Penny Blake. We meet her and she’s in a loveless marriage, that is purely an economic transaction. She has a CEO quality about her, and I’m very excited for where her arc goes. 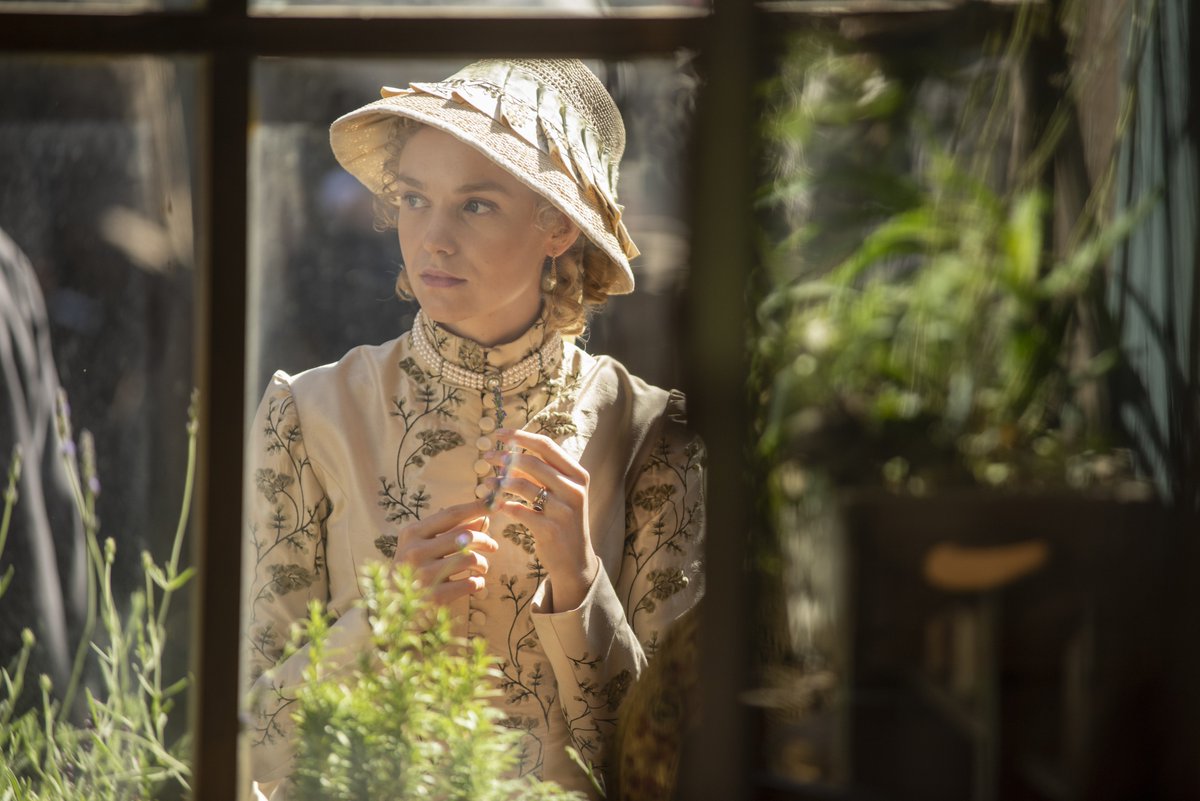 BNP: Your character is a non-binary, business owner that doesn’t accept the idea of her people being oppressed. She’s probably one of the most progressive and powerful people in the show. Do you see yourself in any aspects of Ah Toy?

Olivia: I really struggle to see myself in Ah Toy. I live in a very different space. I deal with rich things. I’m on Instagram in my glasses and no makeup..sometimes in my pajamas. I’m fine with that. I want people to see what a real person looks like. I see myself as a life seeker. I like to laugh.

You can check out Olivia Cheng on Warrior playing on Cinemax now with new episodes dropping Friday nights.