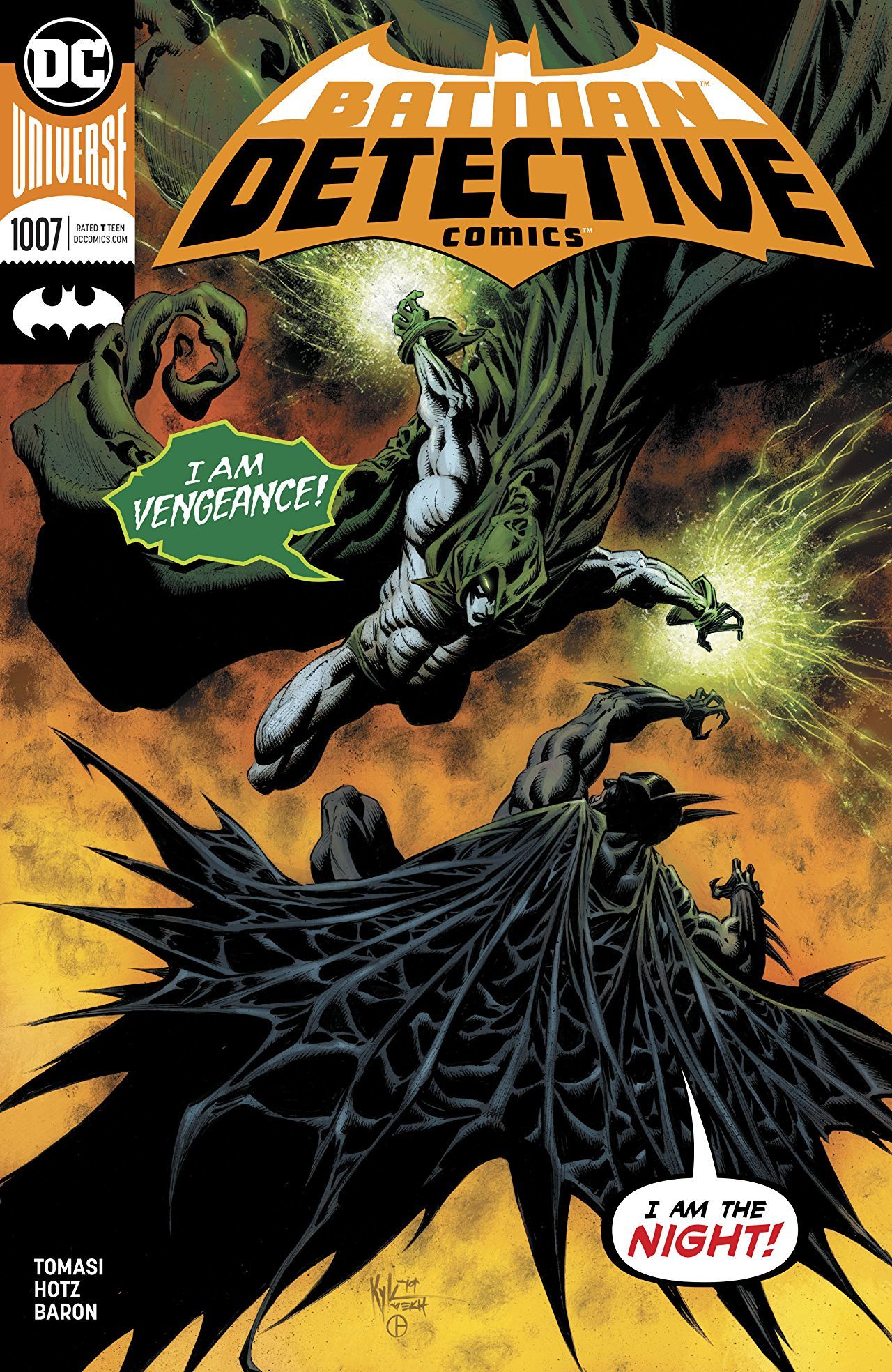 Tomasi has a knack for knowing exactly how much screen time a character needs in order to tell a compelling story, and when I first read Detective Comics #1006 I was prepared for a four to five part saga between the Dark Knight and the Spirit of Vengeance. However, it turned out that the Spectre was only destined to stick around for one more issue but as it turns out, Detective Comics #1007 makes the short arc the perfect example of excellent filler: self-contained and poignant.

Detective Comics #1007 opens with the Spectre psychically communicating with host as cultist chants drown them out. Hotz’s art on the opening page is a masterpiece of the fractured host and spirit that captures the dark, supernatural overtones carried throughout the rest of the issue before immediately transitioning into one of the most twisted images I’ve seen in a superhero comic in a minute. And thus the stage is set for the mystery Spectre and Batman have to solve. 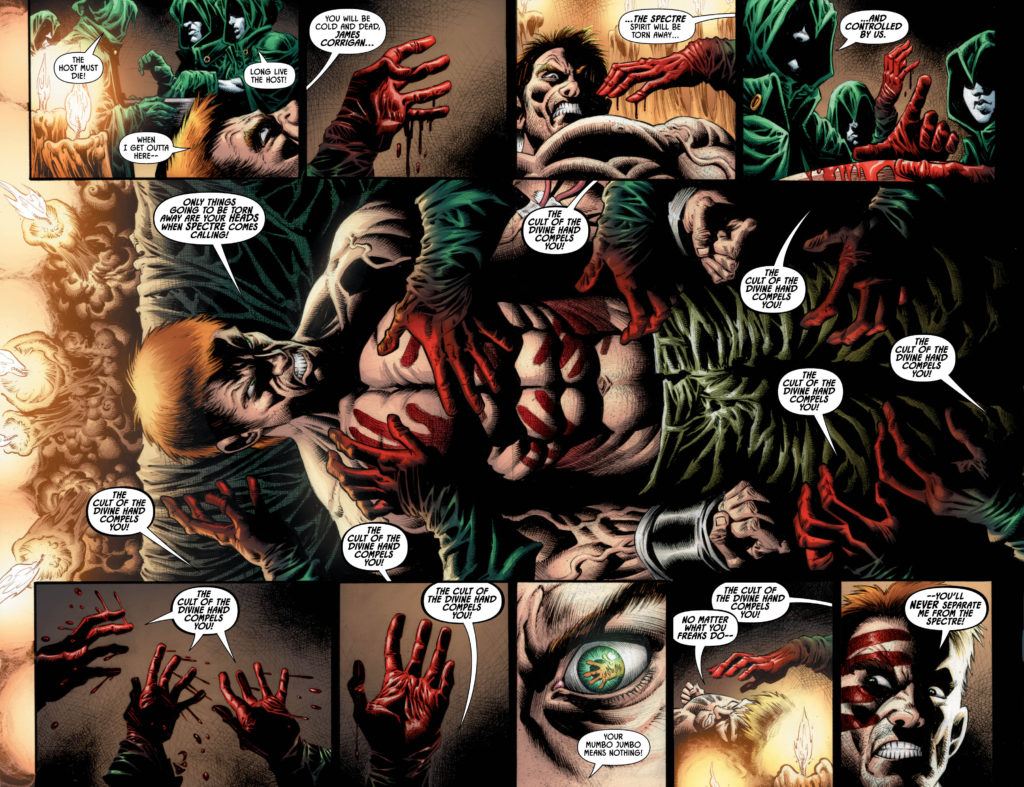 The Venn Diagram of Batman and Spectre’s modus operandi apparently contains a lot of the same buzzwords but are apparently strung together is very different ways. Tomasi contrasts how the two characters respond to their traumatic origins and intelligently interrogates how the two characters operate in a very brisk manner. In a mere twenty pages, Tomasi and Hotz cover a lot of ground that harkens to the “detective” roots of Detective Comics and showcases some pretty awesome crime fighting moments.

It’s a short story in the grand scheme of Batman, but it was a dynamic showcase that continued to highlight the versatility of storytelling that’s possible when it comes to Batman. Tomasi and Hotz concludes Batman’s team up with the Spectre in a bombastic fashion in two simple issues that just leaves me excited to see what the next long arc has in store.