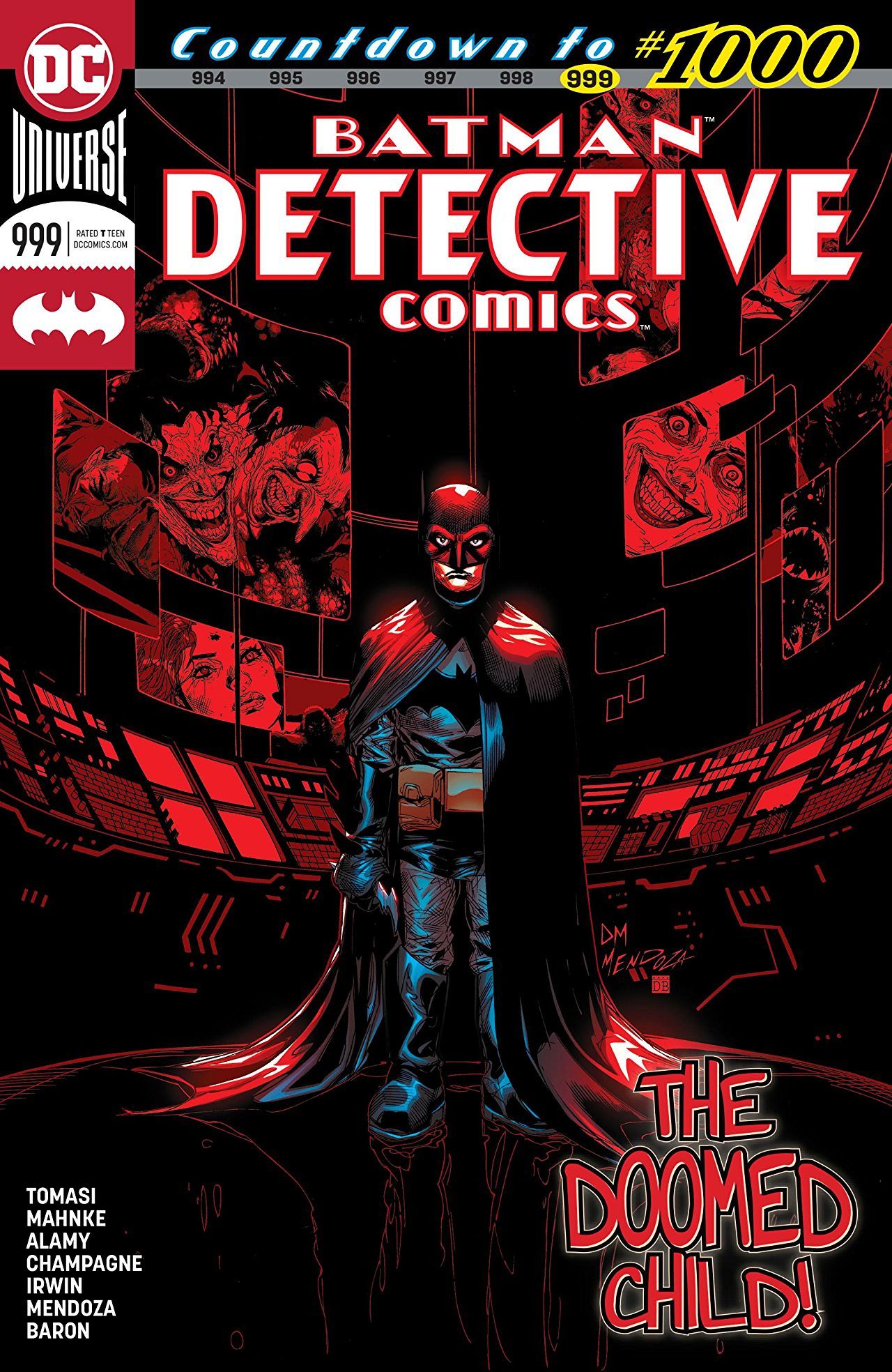 The Price You Pay

This is it. The last issue in the Mythology arc. The penultimate issue before the big #1000 milestone for the Dark Knight. Everything Tomasi and Mahnke have worked on comes to a head this issue, and the culmination of all their work pays off in a beautiful reminder of what Batman is.

The big reveal at Detective Comics #998 that a young Bruce Wayne was somehow responsible for all the calamity pays off in droves after some quick exposition. Everything from the start of the arc was Bruce’s gift to himself, a self-made crucible to test his mettle, or the strangest birthday tradition ever. Detective Comics #999 is a testament to all the ways that Batman tries to be better, all the methodologies he employs to make himself the insurmountable symbol Gotham needs him to be. It’s a reflection about how drastically his life changed the night his parents died. It’s a meditation on the unrelenting nature of the “mission” and why it’s worth pursuing this, despite the toll it takes. 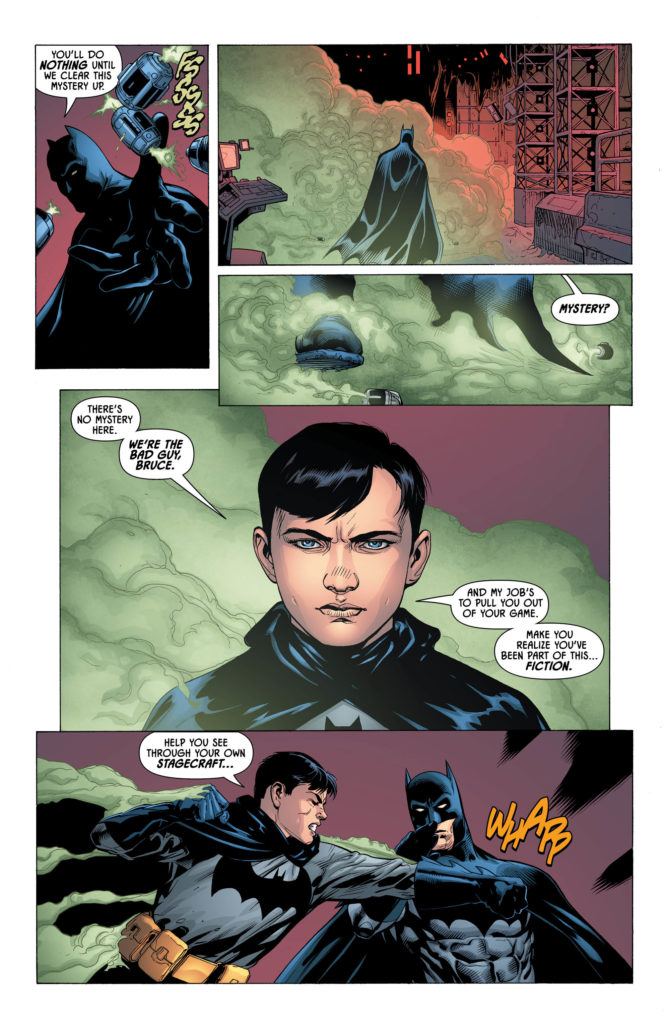 Not everyone is going to like how neatly this issue ties everything up, but the fact remains is that it’s the perfect way to encapsulate the Batman mythology. It’s the perfect way to examine the feedback loop between Batman and Gotham and the Rogue Gallery. It’s a smart approach that gave Tomasi a lot of narrative freedom and Mahnke a lot of room to be creative with all of the story beats. And most importantly, it primes us for the greater scope analysis of the Dark Knight in the upcoming Detective Comics #1000.

Batman may be in literally every story, but it’s because he’s such a dynamic character with a long history and many interpretations that allows different authors to write such a wide range of stories. And Tomasi clearly loves the Bat with all his heart. His Batman is a bit more “larger than life” than other authors’, but the core is the same. The dedication, the drive, the resourcefulness: all of these traits were exemplified by the story and the effect was only bolstered by Mahnke’s brilliant artwork. Mahnke was able to manifest such bizarre psychological premises to the metaphorical battle.

All in all, Detective Comics #999 did its many jobs perfectly. It closed out a difficult arc and set everything up for the milestone we’ll be receiving soon.