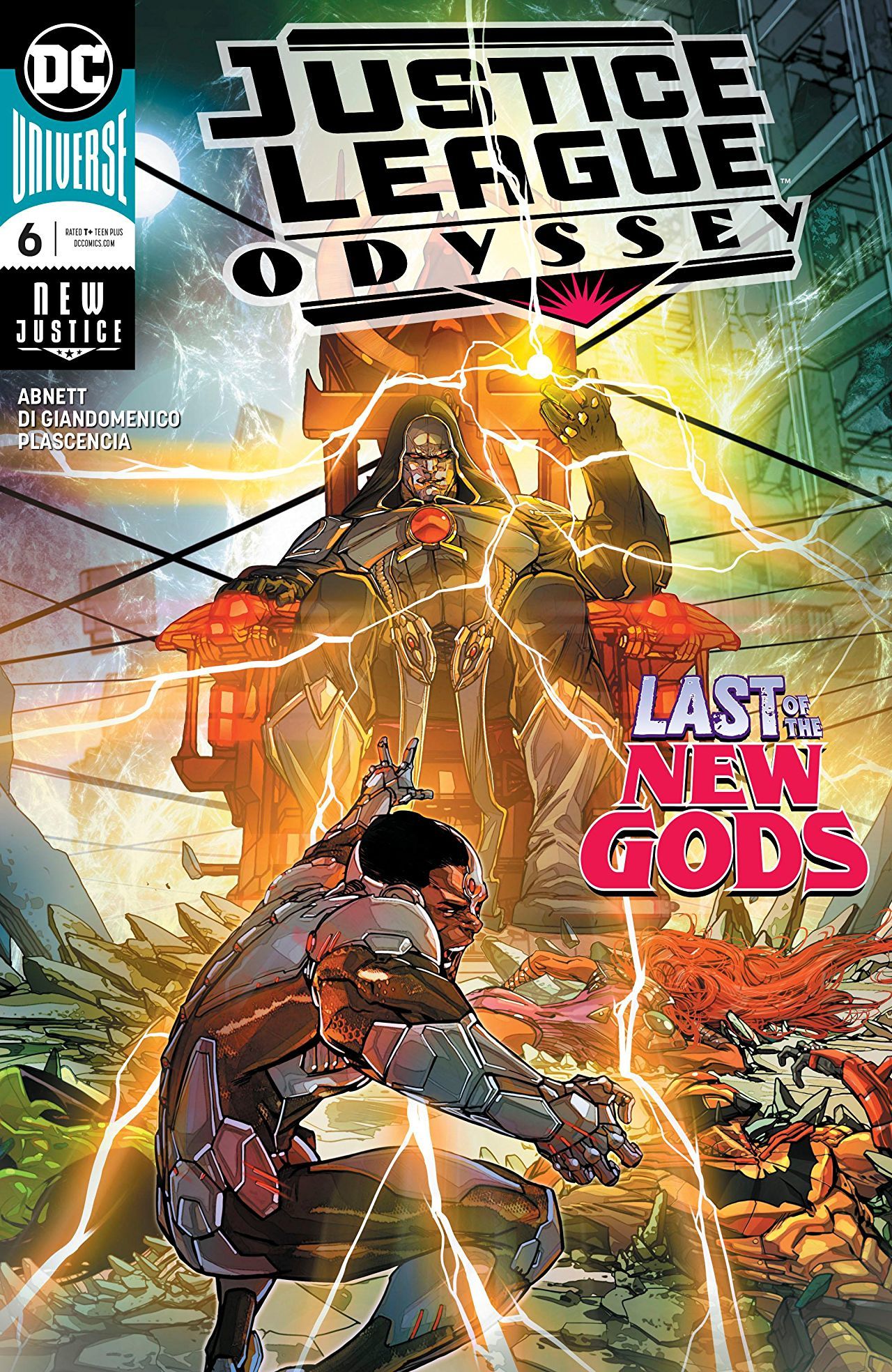 There was a lot to like about this issue. A shift took place in more ways than one that resulted in a breath of new life for the series.

For starters, Dan Abnett worked his magic with the words, so a difference in perspective from behind the scenes could be one reason why things feel a bit different. But I think that a lot of the shift of the book happens organically within the story. It’s all predicated off of what’s been building for the past 5 issues. Abnett strengthens this by sprinkling in small, little problems that make the overarching conflict tenser. A good example is that Jessica Cruz can’t charge her ring in the Ghost Sector. So now on top of finding and stopping Darkseid, that’s another problem that they have to deal with that’s almost totally unrelated. It just goes a long way in making these events feel more like real life.

What I really enjoyed was seeing everyone together. There’s been so much going on the past few issues that we didn’t really get a chance to see this unique group interact too much. That’s rectified a bit this time around, and we get some cool moments that really bring out each characters individual mannerisms and how they all mesh together. Part of what made that prevalent was finally giving everyone a singular goal. Everyone still has their individual motivations, but it’s all streamlined and compartmentalized in a folder titled “Stop Darkseid.” 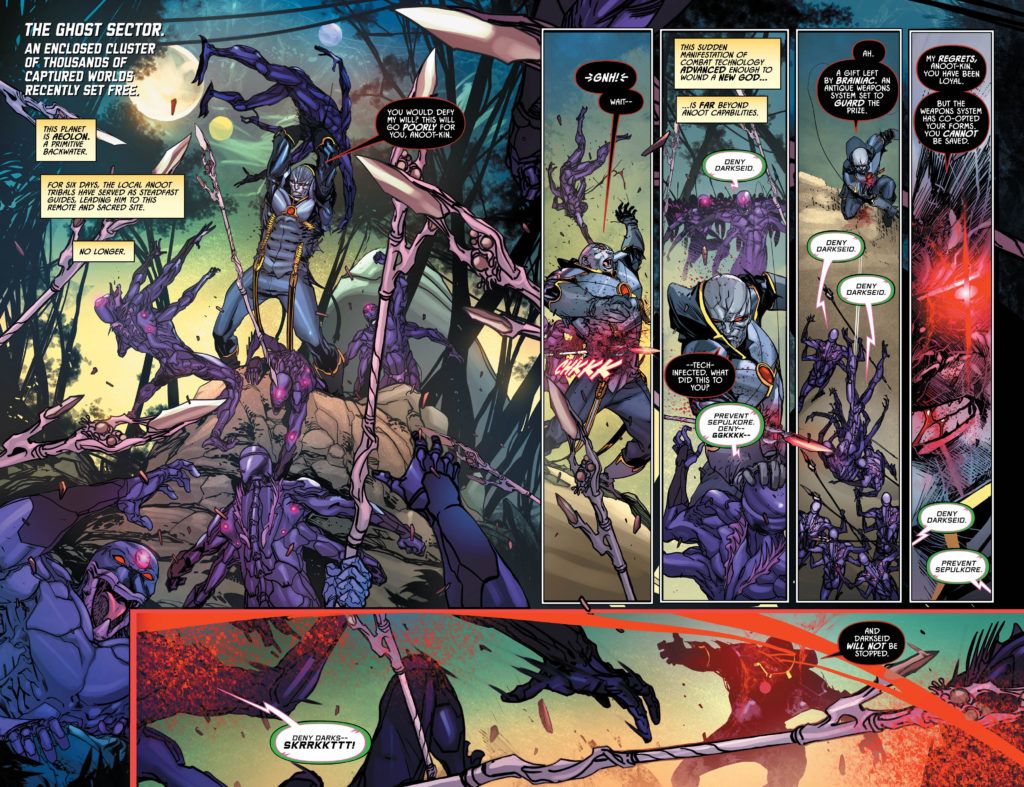 Because this was an issue that literally featured everyone on the same page, we got to see the characters themselves acknowledge that they aren’t really the most ideal team. And they definitely wouldn’t be everyone’s first choice in stopping one of the most notorious bads in the known multiverse. We’ve always known they were underdogs, but it was cool to see them acknowledge it for themselves. It just makes me want to root for them even more since I know they know this won’t be a piece of cake.

Something that I also really enjoyed was seeing some of the residual effects of the Justice League Annual ripple into the conflict that they’re presently dealing with. The Source Wall was obliterated, and planets have been vanishing ever since. So, the fact we’re seeing it in this book means that sooner or later, the effects of that will take a front seat, or at the very least, be more intertwined with the main story. Snyder has said from the beginning that all these books tell one big story. But this was the first time in Odyssey that that truly felt like the case.

The underdog team regroups as they gear up to confront Darkseid about his plans to build a New Apokolips. New revelations, new motivations, and renewed purpose all make for a solid issue.