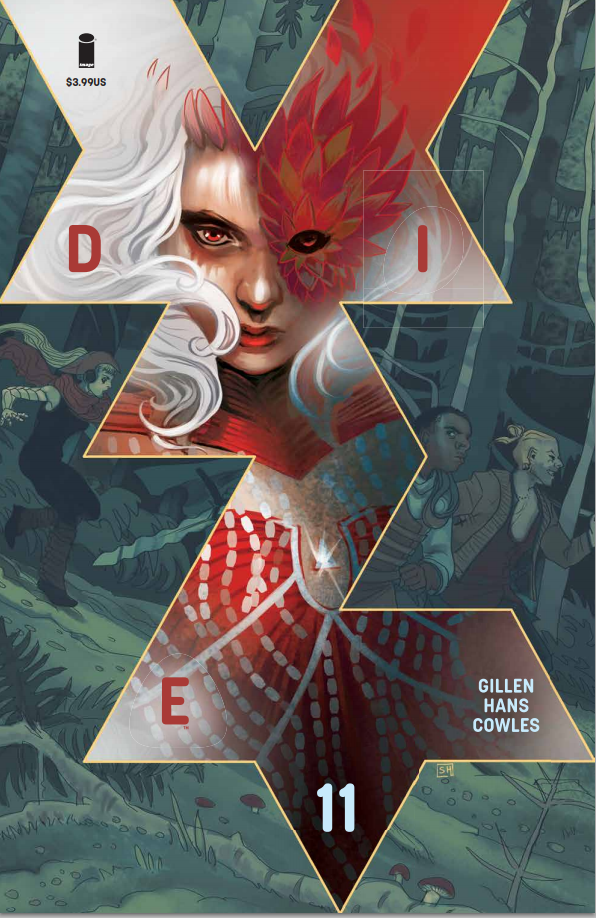 Since its first issue, Die has had me utterly enthralled and I wouldn’t put it past Gillen to actually be a fellow practitioner of logomancy alongside Ash. This is one of the finest dark fantasy comics I think I’ve ever read and the fact remains that, even after ten issues, I still wasn’t ready for the sequence of events that happened in Die #1.

After a short reunion last arc, the party once again finds themselves fractured and on two opposing sides. Ash and Isabelle have managed to secure positions of power within Angria, largely to keep watch over the prisoner, Sol. Chuck, Matt, and Angela find themselves in the wilds wondering exactly what they’re going to do now that their friends don’t want to return to the real world. Gillen continues to masterfully craft dialog between characters that highlight various tensions and interactions and Hans continues to knock the art right out of the park with spread after beautiful spread. I’ve said all of this before in various interviews, but it bears repeating that Die continues to find ways to outdo itself every single issue. 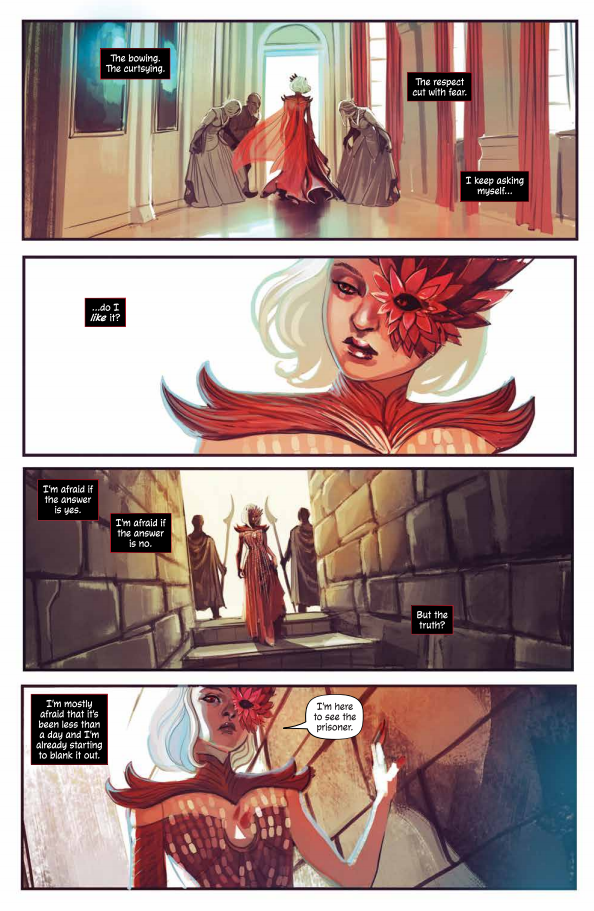 It is truly a feat that after such a bombastic conclusion of the last arc, a quieter start to a new arc still holds such a visceral impact. That after seeing the world fundamentally shift, we are able to see the characters reel as they realize the depths of their actions and the compounded repercussions. Ultimately, Die is a story about reconciliations. It’s about reconciling the difficult past with the difficult present. It’s about reconciling what “real” actually means and the power we have over ourselves and others. It’s about the complicated connections forged over trauma and how those same connections complicate new ones. Gillen and Hans have managed to cultivate a deeply dark and rich world that begs you to languish in it and begs you to wonder why you are languishing.

Die #11 looks incredible, reads incredibly, and is probably my favorite single issue of a lot of various units of times that have blurred together over the last few months. This is a comic that demands to be read immediately and rewards you for your investment fourfold.