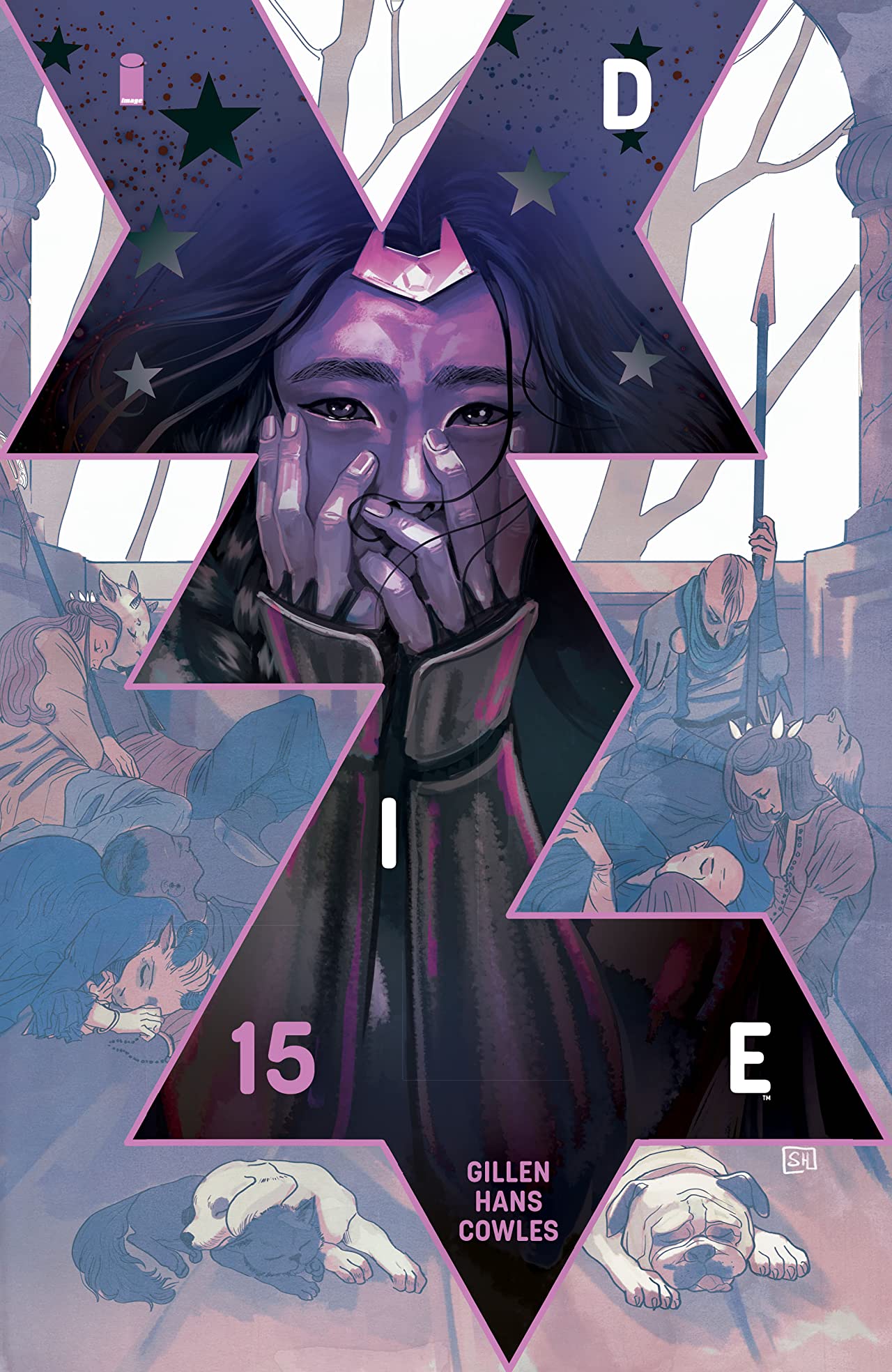 I really don’t think there’s a better comic out of the shelves than Die at the moment. Over two years and fifteen issues, Gillen and Hans’s epic fantasy has been consistently one of the best pieces of media I’ve consumed. A love letter to role playing games, a veritable treasure trove of literary allusions (or rather, direct citations and fictionalized variants of various authors to point where even attempting to pass it off as an allusion is probably drastically characterization, but language only has so many limits), and a heart wrenching commentary on the complications of being an adult: Die is all of these things and more. Die continues to be more and as the third arc, “The Great Game,” comes to a great end, Hans and Gillen are seemingly casting their dice to make a bold gambit: there is still more story to tell.

As is often the case with any game with rules, players are more than capable of breaking those rules, and Matt, having been so entirely fed up with Ash and Izzy, is currently dual wielding armaments of grief and rage because he is now incredibly full of both grief and rage, and it shows.

As Matt’s campaign against Ash and Izzy, and by extension Verdopolis, reaches a violent head, Chuck and Angela are holding their own front in Occupied Glass Town to mixed success. Hans’s artwork is phenomenal this issue, leveraging the wonderfully conceived set pieces and letting all of the party and NPCs have wonderfully expressive body language as they reckon with their actions in an incredibly heart-wrenching fashion. And many, many props for Cowles on lettering and Hughes for designer for their assistance in bringing the final pieces of the puzzle into place.

And Gillen’s narrative and dialog is brilliant, and it must be a Herculean effort to consistently write such wonderful prose and make it seem so effortless. Each dialog box and bubble is full of passion, and I somehow not mentioned this before, but the back matter at the end where Gillen provides a short letter about the craft and various authors provide metafictional commentary is also required reading. It is an absolute tour de force, and I can’t stop thinking about how perfect of a package each issue of Die is.

I have been lauding this series for two years, and I anticipated that praise to continue. Die is the pinnacle of comics, of mixed media, of text elevating visuals and visual elevating text. It is a careful constructed work of art that contains all of these beautifully haunting moments, and each page is an invitation to turn, each issue is an invitation to wait for the next, and each arc is a silent threat of “oh, there is still more to come,” and I cannot wait.