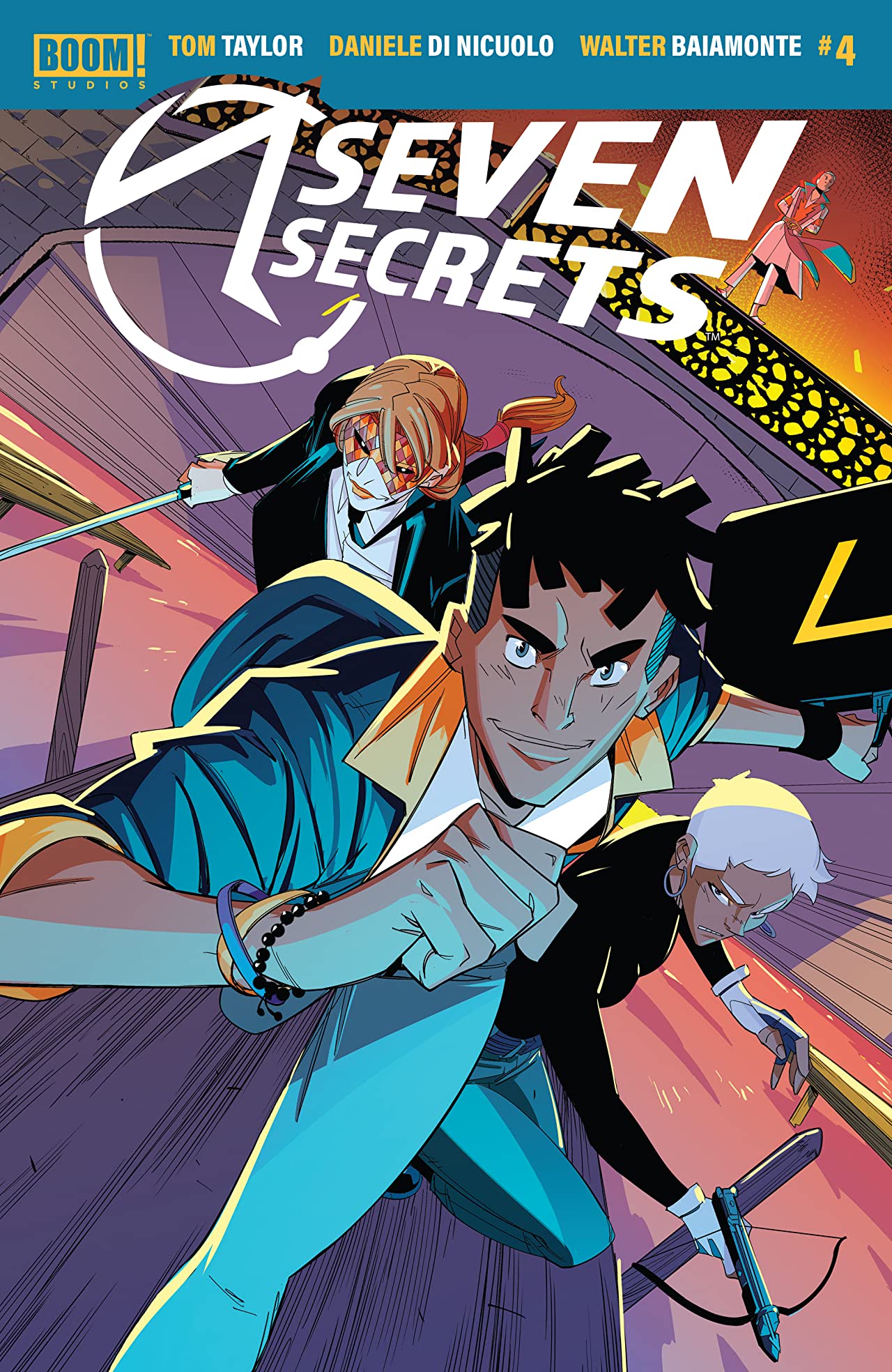 Serialized storytelling is a staple of the comics medium. The periodic nature of well… periodicals is part of the experience, but unlike say with the weekly nature of sitcoms or hour-long dramas, we have biweekly or monthly intervals within the stories. And to Taylor’s and Di Nicuolo’s credit, every single issue of Seven Secrets is memorable to recount every single detail of what happened prior and bombastic enough in its intro to engage me from the get-go. This isn’t really surprising given Taylor’s pedigree, but it’s something I’ll continually praise.

Seven Secrets #4 starts in the middle of the aftermath of the explosion that served as the coda to Seven Secrets #3, and the issue is a sprint through a climatic conflict as the antagonistic organization makes a play for the secrets, one of which Casper is now in possession other.

There is so much to love about the series. The narration is probably still my favorite, with Casper’s calm voice commenting on the emergent frantic situation surrounding him. It’s a distinct contrast from Casper’s actual dialog, imbued with passion and fervor and gives the story much needed perspective and dimension. Knowing that Casper is recounting the events as they and that he, as the narrator, knows more than Casper, the active character, and more crucially us, the reader, creates an fascinating tension that drives the story forward. It adds an urgency to each turn of the page. What’s the next revelation? What’s the next piece of the puzzle we’ll be clued in on? Taylor’s constructed a wide scope and playground and has managed to finely focus on the interesting touchstones.

It certainly helps that Seven Secrets is also backed by Di Nicuolo’s incredible artwork. The action sequences in the issues are absolutely stellar, with dynamic poses, breath taking set pieces, and just a consistent mastery of panel arrangement. Everything flows smoothly that it’s a pleasure to read. And on top of that, the colors from Walter Baiamonte and Joan Moldez Oday help make everything pop off the page that much more.

I find myself more and more endeared with the series as the months pass. It’s has steadily drummed up internal hype and paid it off consistently, and I’m more than ready to pick up where we left off this issue next month, like a good serialized story wants me to.