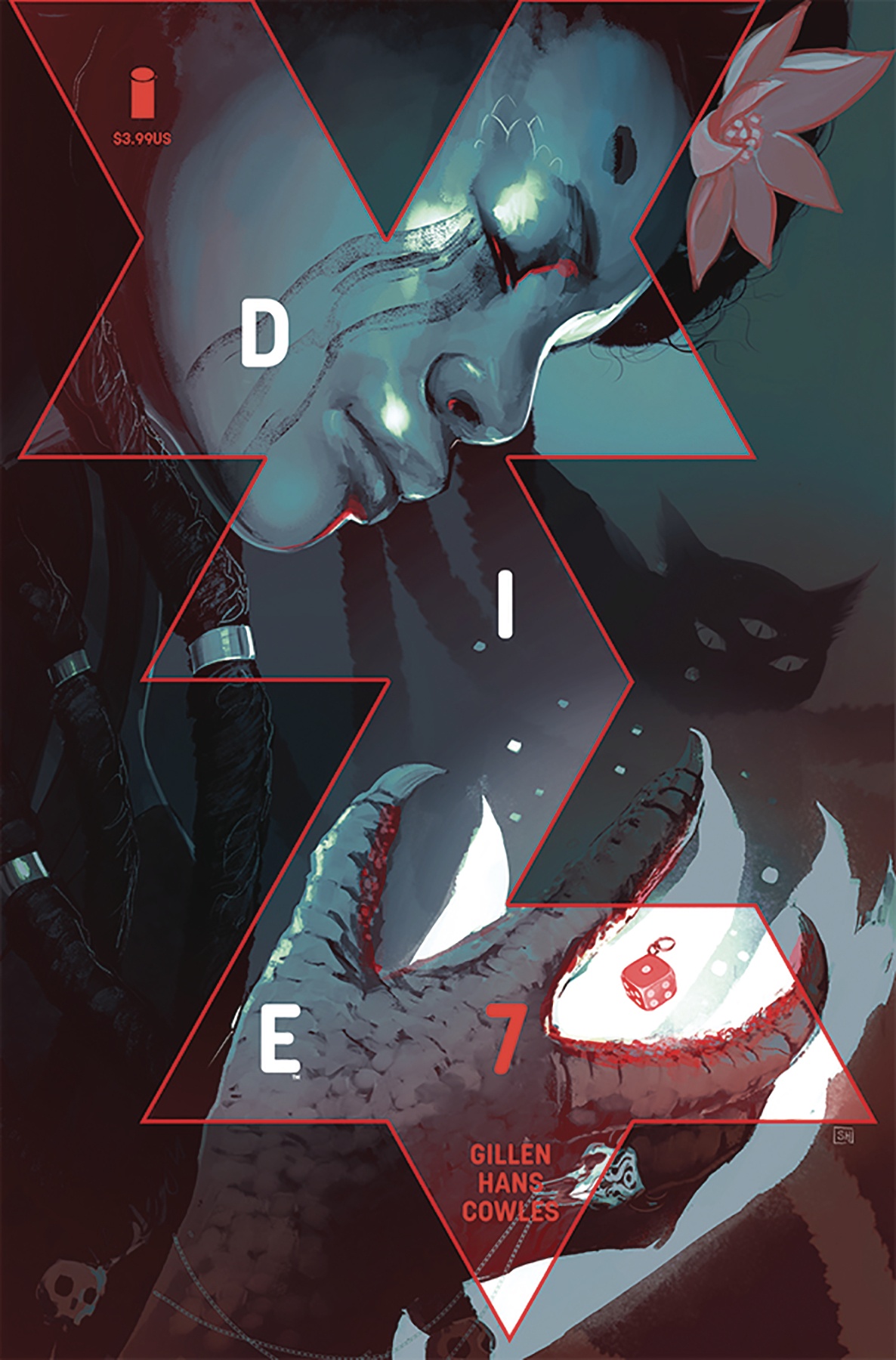 Seven issues in, Die still manages to be as captivating as its first issue. The unique blend of dark fantasy, psychological horror, and personal drama is unrivaled in its ambition and its ability to unravel a character in a chilling way. With the rules of the world firmly established, the Split the Party arc continues to showcase the talents of virtuosos of Gillen and Hans as they turn the spotlight to the Godbinder and the Fool. 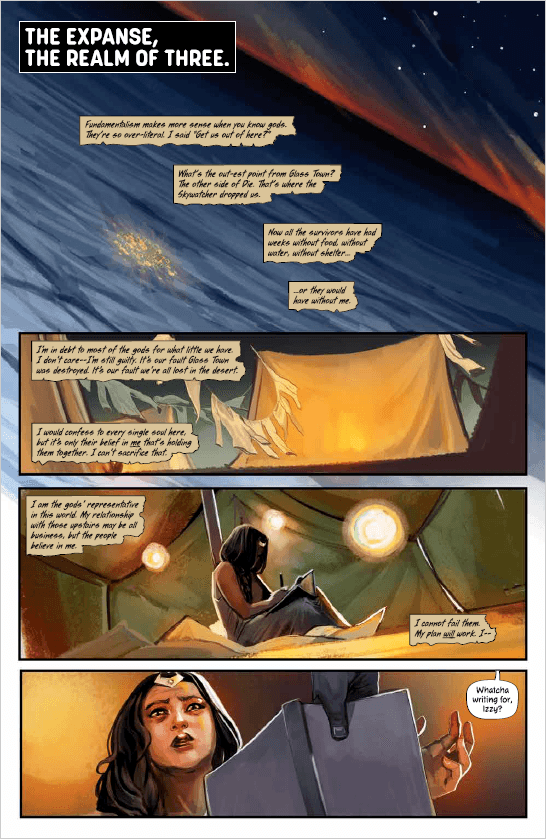 Isabelle and Chuck are the focal characters of Die #7 and it’s a self described odd pairing. Isabelle as the Godbinder is constantly trading favors and incurring debts with the gods of the land, while Chuck as the Fool is doing whatever he pleases because he just doesn’t care about any potential consequence that could possibly happen. It’s a case study of contrasts, an analysis of calculated risk and sheer disregard for the world. Gillen’s pairing extenuates the other’s faults as the world of Die tends to do.

In the midst of all of the character development, we are also treated to new set pieces and new NPCs courtesy of Hans’s continually incredible artwork. As the fractured party traverses the vast tundra, the artwork continues to be an equally crucial part to the tone and surreal nature that is Die. This story works so brilliantly as a comic largely because as brilliant as the dialog and plot are, the visuals give it both a visceral and ethereal form that is necessary for it to be an effective story. Hans transforms the game into a living landscape of fantasy that captures the imagination every page turn, and every panel promises some new enticement. 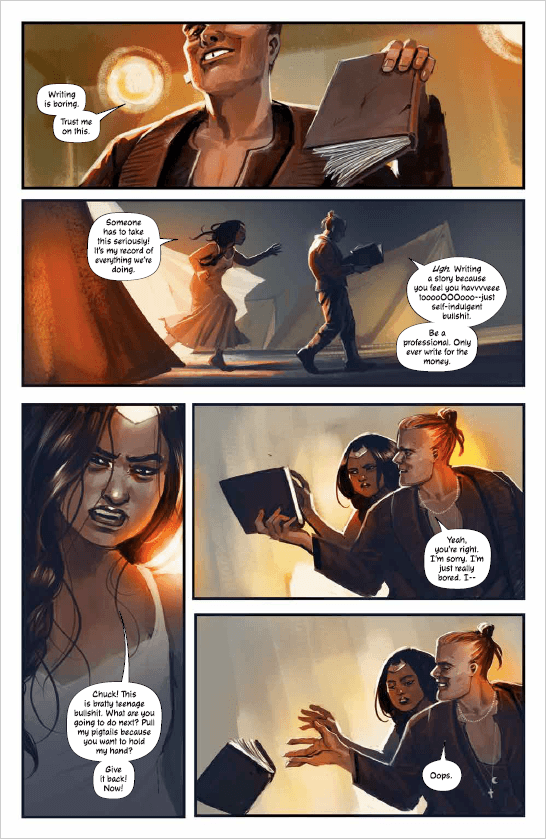 I keep gushing about Die every month because it provides a fix that only it can provide. There’s no other piece of media, let alone comic, that’s able to synthesize elements of horror, fantasy, and psychological thriller is such a succinct and poignant manner. Every new issue of Die provides another chance for Gillen and Hans to showcase their adeptness at creating this enthralling world of monsters and magic, and every issue they knock it out of the park. This is as close to a perfect run of a comic in 2019, and if any of the listed genres interest, you need to read this series immediately. It’s unrelenting in how phenomenal it is.