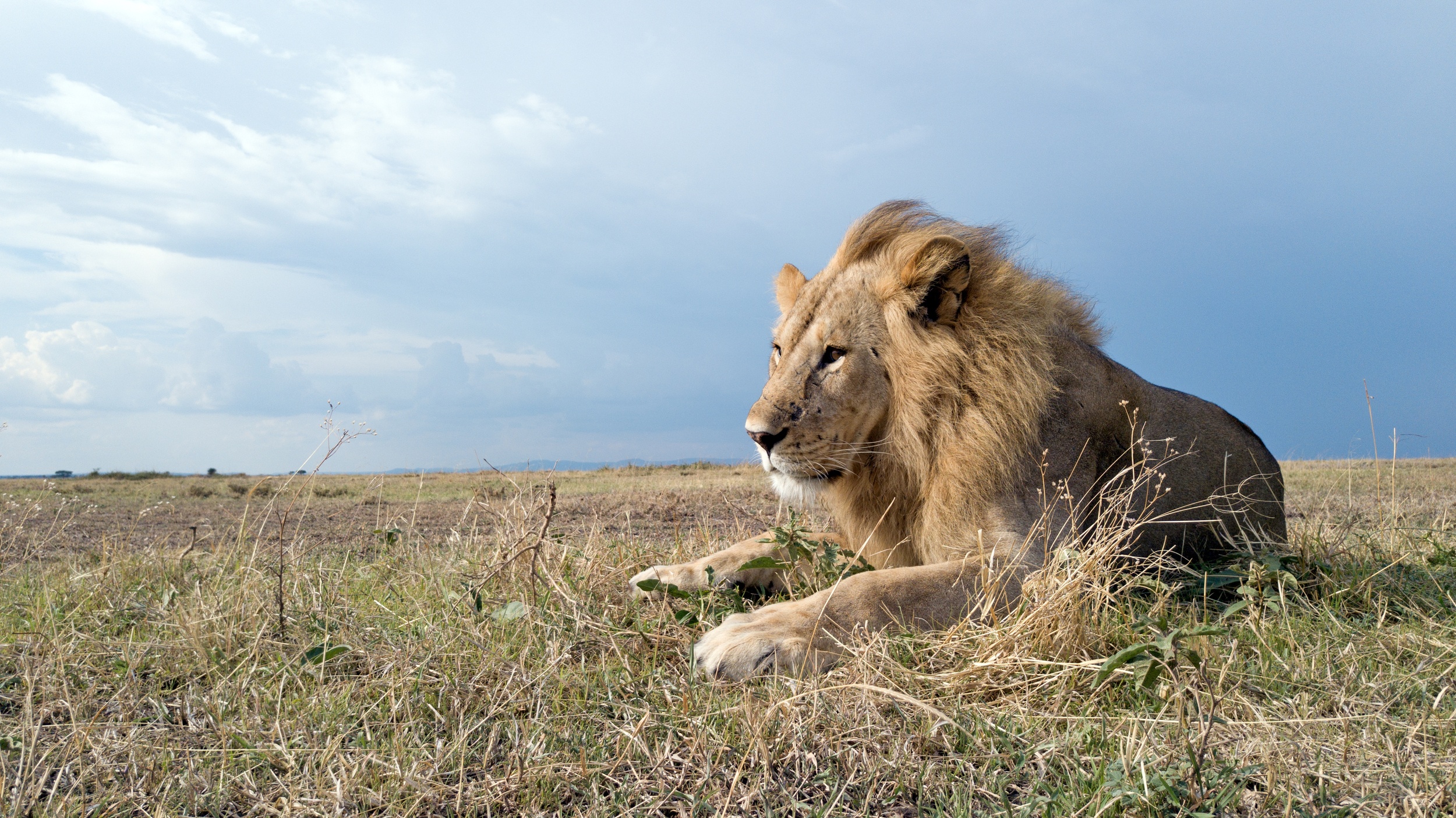 Lemme preface this by saying, I never thought I’d ever find myself trying to convey how compelling a dramatic narration of a nature show could be but Discovery’s Serengeti came out, flipped the script, and here the fuck I am talking to y’all. I got to see some of this early to review it. I was going to watch just one episode. Instead, I watched the entirety in one night. I had to know how things played out. They really got me ’cause Lupita Nyong’o was narrating all this shit happening and the pathos was just so *chef kiss to fingers.* This is a six-part series showcasing nature in Northern/Eastern Africa — the catch is we’re given a cast, story, and character development as we follow these animals.

“From Kali the lioness and Shani the Zebra, to Zalika the Hyena and many more, each species has their own unique story, whether dealing with their enemies or desperately searching for prey. Kali makes a big mistake and is now left completely alone to fend for herself and her cubs -– an almost impossible task in the African plains. The series also features Tembo, a young male elephant struggling to take the next step on his journey into adulthood, as well as Nalla, the family matriarch juggling to lead the herd and be a mother. Across the Serengeti, Bakari the Baboon looks to honor the memory of his lost love by fiercely protecting her orphaned child. Serengeti gives viewers a front-row seat to witness how the animal experience isn’t so different from our own.”

Lupita Nyong’o should narrate all the things

All I wanna talk about is Lupita Nyong’o bringing that voice acting to the nature game. Why Lupita sell this shit like we were watching The Young and The Restless? She got me entirely invested in these animals lives. Lupita brings a sense of suspense that really had me rooting for these animals (most that would fuck me up if given the chance) from my couch. Lupita’s voice is very welcoming as opposed to yet another old white guy (not you Steve Erwin, you did that shit for us for real) giving me narrations. She’s telling a story that’s got me feeling like I’m watching a series with stakes as high as Avengers: Infinity War.

The way Lupita unwinds the story for each group of animals really gets you invested emotionally. I was feeling for Kali and her sister having to get their single mother struggle on. Also, they have to deal with straight-up toxic masculinity in the animal kingdom too? Kali got kicked out the pride and that one male lion still holding a grudge, like damn, she left the pride already dude. It’s over let it go. Even animals are jerks and the patriarchy dumb strong. Also, I feel for Tembo the elephant that’s no longer the baby of the family due to a new younger brother. The memory (a herd of elephants is called a memory, makes sense with the whole “an elephant never forgets” saying) got mad at dude for knocking over his younger brother. I’m looking at the replay like, this kid can barely walk as is and Tembo ain’t even touch’em. That kid faking! However, I gotta say my favorite story was of Bakari the Baboon.


Lemme put on for the realest baboon in the fucking plains game. My guy Bakari been fucking going through it and it’s only two episodes in. Quick recap: The new leader of Bakari’s troupe that’s a straight-up dick takes the woman he pines for. Bakari gotta sneak it with her on the low. My man fought off a fucking leopard for her, leader got jealous of that, then Bakari raising her kid cause she got merked by a python (on the leader’s watch mind you). This leader still being a jerk and literally showing his ass to Bakari, now he just trying to live with his new boo Cheka. Yo, there’s so many times I wanted Bakari to just beat the breaks off this guy but there was always something holding him back. Bakari is legit just trying to fucking live man.

He ain’t even trying to do the most, my man just trying to do the right thing and there’s just all this drama he ain’t even want but gotta deal with. I’m out here feeling for this Bakari and in the same breath saying, “fuck this leader dude!” I caught myself like why am I so emotionally invested in this? That Lupita Nyong’o factor, yo. Got me all the way hooked. He straight up stepped to a leopard! Leader ain’t do a damn thing and then goin’ get mad at Bakari for being a real one and shut down his support. Uhghh! The leader is that shitty boss/ manager that just throws their weight around and is the dead weight on the group project. Yeah, fuck that guy. Bakari the realest baboon on the plains, I ain’t hearing nothing else.

Sidebar real quick: I really like how the animals have African names. I was on a safari once, jokingly voicing the thoughts of a giraffe I called Gary and the person I was dating at the time was like, “Why you giving an African giraffe an English name?” and I’m like, “Cause I don’t know any actual African names for this joke. If I did I’d use them to make this hypothetical scenario more authentic but since I’m American, that culture gap is goin’ show in certain areas… I mean was the initial joke not funny? Does he not look like a Gary? Tell me what the equivalent of a Gary is here then…” Anyway, it was nice to hear these animals referred to by names native to the land they’re from. It’s these little things that make this experience more unique.

Look, Lupita got a “books on tape / pleasant GPS navigation” voice for narration so if you fuck with animals, drama and suspense, you’ll wanna check this show out. Serengeti’s third episode “Invasion” airs this Sunday at 8 pm on Discovery. Come see these animal’s messy ass lives and give my guy Bakari some support cause mans needs it.