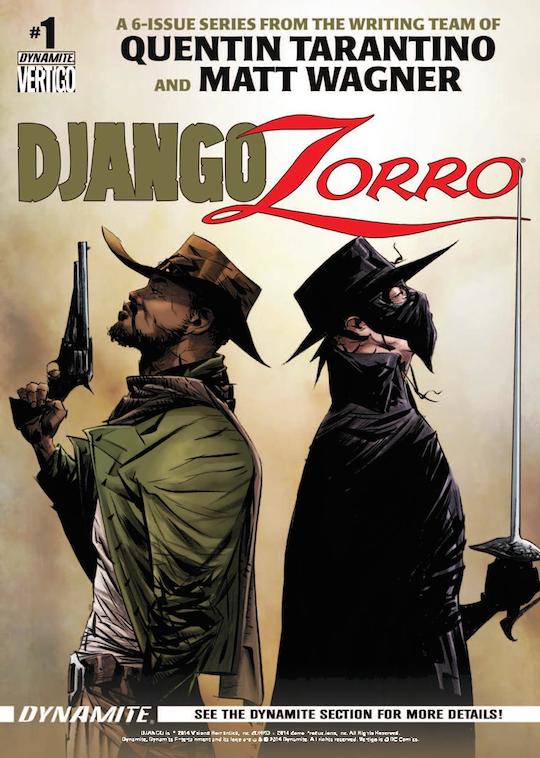 One of my favorite heroes growing up wasn’t in a comic book at all. Like many other children, I would tie a bath towel across my shoulders like a cape as I jumped around the living room in my pajamas.

I would go one step further, though. I’d adorn one of my grandmother’s church hats and grab a flyswatter, which became my sword. I would side-step up and down the hallway, stand on top of the couch and roll into cartwheels only to come up perfectly prepared to take on any opponent that dared to cross my path.

After watching The Mask of Zorro (1998), my eyes were truly opened to the prestigious figure that is Zorro. He wasn’t just a character in a black-and-white television show on Disney Channel that told me it was time for bed. He was a great fighter, he was debonair and he was for the people. I was at least able to get sequel out of the whole thing, The Legend of Zorro (2005), even if it wasn’t received all that well.

As I got older, my interests, comprehension and tolerance for violence grew quite a bit. I discovered Quentin Tarantino’s films. But most of those I was coming across years after they came out. As a young black man coming of age, the one that I enjoyed the most in present day was Django Unchained (2012). Django, portrayed by Jamie Foxx, was a former slave in the American South that became a bounty hunter under the tutelage of a Dr. King Schultz. Being a Tarantino film, Django Unchained came with its fair share of A-list actors, black comedy and violence. All things a film nerd like myself loved. I was left wanting so much more.

I’ve finally been given more. Quentin Tarantino has come together with Matt Wagner to compose six issues of a Django/Zorro storyline, pencilled by Esteve Polls. The very first issue of this comic serves as an official sequel to Django Unchained and continues Matt Wagner’s story, who has written for Zorro in the past.

The story includes an aged Diego de la Vega teaming up with Django Freeman to take on the corruption and racist undertones that claimed the American Southwest in the 1800’s. Django’s shoot-first attitude and Diego’s patient tendencies are both exhibited in the first issue of the series. 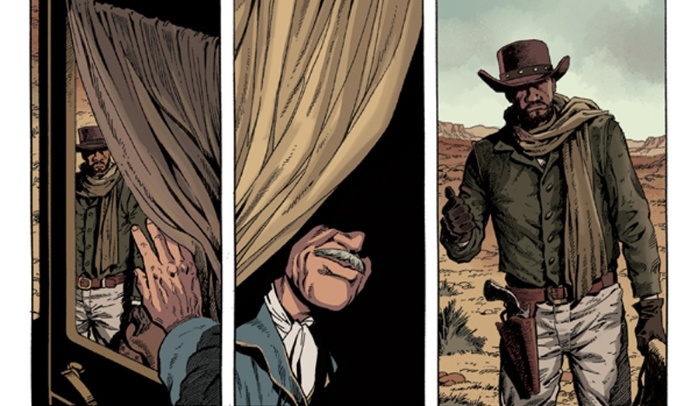 Django is still extremely headstrong, which I’ve come to love, while Diego still has that guile and cunning that leaves you thinking he has every situation under control. It’s like a buddy-cop movie but more. Both characters get some of their trademarks in, *spoilers* Django shoots another horse (sadly) and shoots a dozen people and Diego carves a “Z” into someone’s palm with a cane-sword. *spoilers*

I’m extremely excited for this series. I’ve already made the cover for the first issue the wallpaper on my phone and will probably go on to get the entire series when it’s released in hardback. However, we’ve still got to see how well the two work with each other, both in fights and in everyday interactions. We haven’t met the villain yet and have a lot left to get to in these next five issues. The next one is scheduled for release in December so I’m looking forward to seeing what’s next.

I won’t rate this issue simply off of the potential upside of the series. I’ll be objective grade it for its great introduction of both characters and having good dialogue between the two to catch us up on background info.