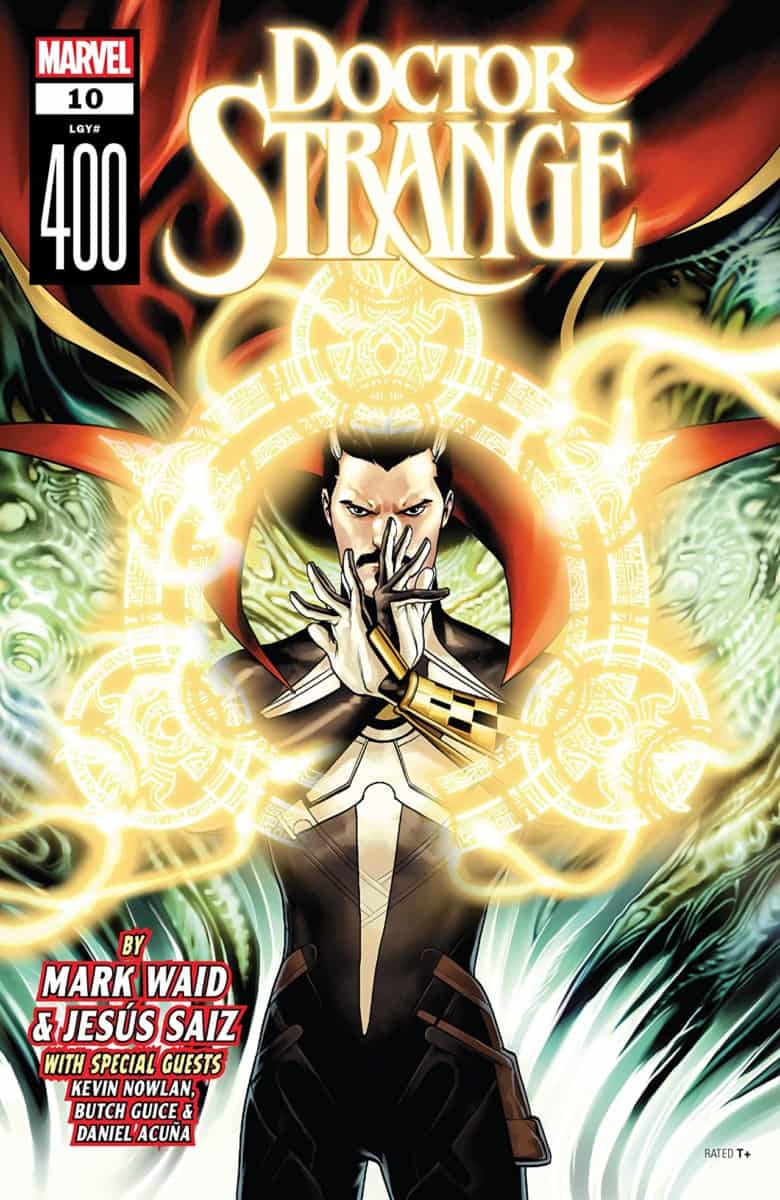 Doctor Strange came out this week with his 400th issue according to Marvel’s legacy numbering. In the real world this is the tenth issue in the Waid/ Saiz run. In the latest chapter, the good doctor is met by his old mentor thought to be deceased. The Ancient One has been torn from heaven and has had his magical ability and knowledge removed. Later we learn that a more appropriate description would be “repo’d”. After hearing The Ancient One’s story Strange begins to reteach his former master the ancient arts as well as preserving his life.

One night, Stephen travels to the source of the entity powerful enough to assail his master from the other realm and finds himself in a white void filled with identical monsters in identical suits on old computers. It turns out to be the occult version of a debt collection agency. These are the enforcers of the mantra, “Magic has a price”. Doctor Strange confronts the “Head Accountant” who is afforded the unique office and sweater vest of authority. Learning early that his friends have been detained and that his magic is ineffective, he begins to punch the accountant in the face repeatedly. Victory is short lived, though, as the benefactor demanding Strange’s debt paid is revealed to be his greatest enemy and he’s on Earth for a rampage . . . oh and he has a family. 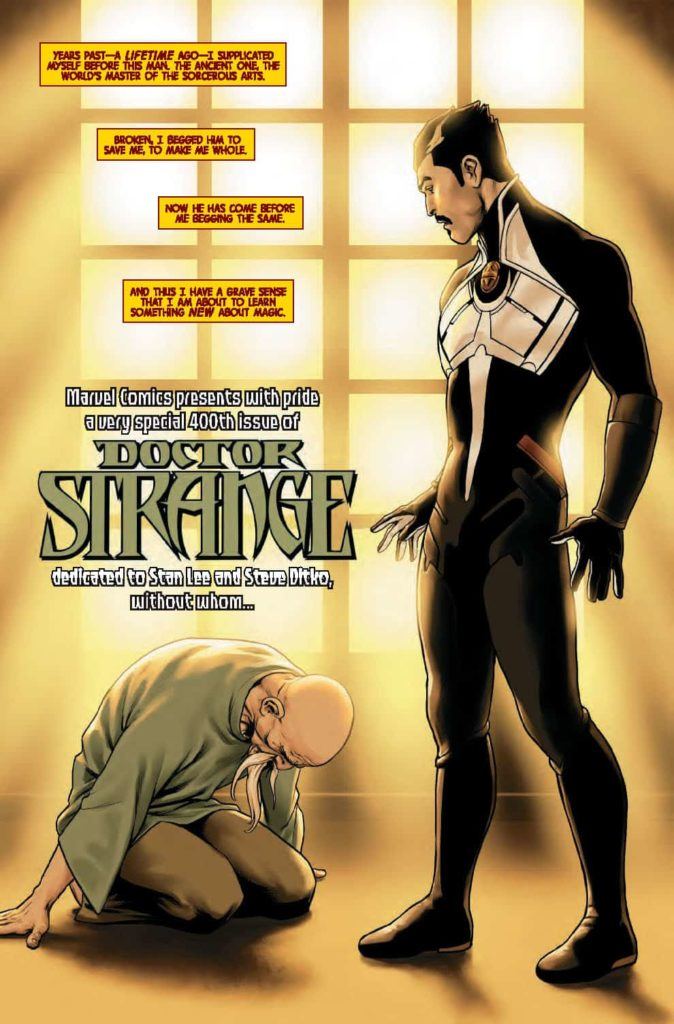 The rest of the comic was a series of short stories. There is an adorable anti-bullying story, one regarding Strange’s early days as a sorcerer’s apprentice and a Sandman-like story of Strange haunting the dreams of a warlord. 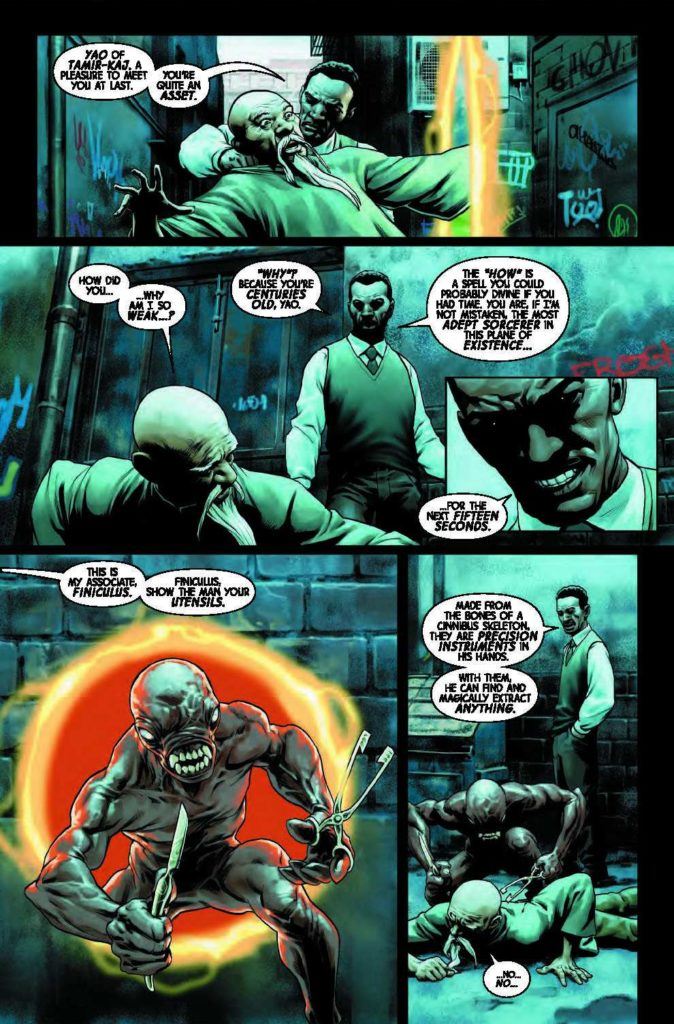 I forgot how much I liked Saiz’s art almost as much as I forgot how much I liked Waid’s storytelling. I find stories where the magical and legendary are given the air of everyday workflow fascinating. The art continues to astound, with a unique realism that betrays the fantastical subject matter. I got a great chuckle out of the dilemma, “Ha Strange, your magic doesn’t work and I have your friends locked up and only I have the magical key to release them”; “I guess I’ll beat your ass with a Rock Bottom and take the keys”.

The only criticism I have is the side stories. I feel like Marvel wants to have its cake and eat it too. You can continue a character’s ongoing title and celebrate landmark numbers like 400 but if you want to attract new readers with a #1 re-release you shouldn’t get to. All the stories really did was distract and bring down my spirits that were so high after the main story.