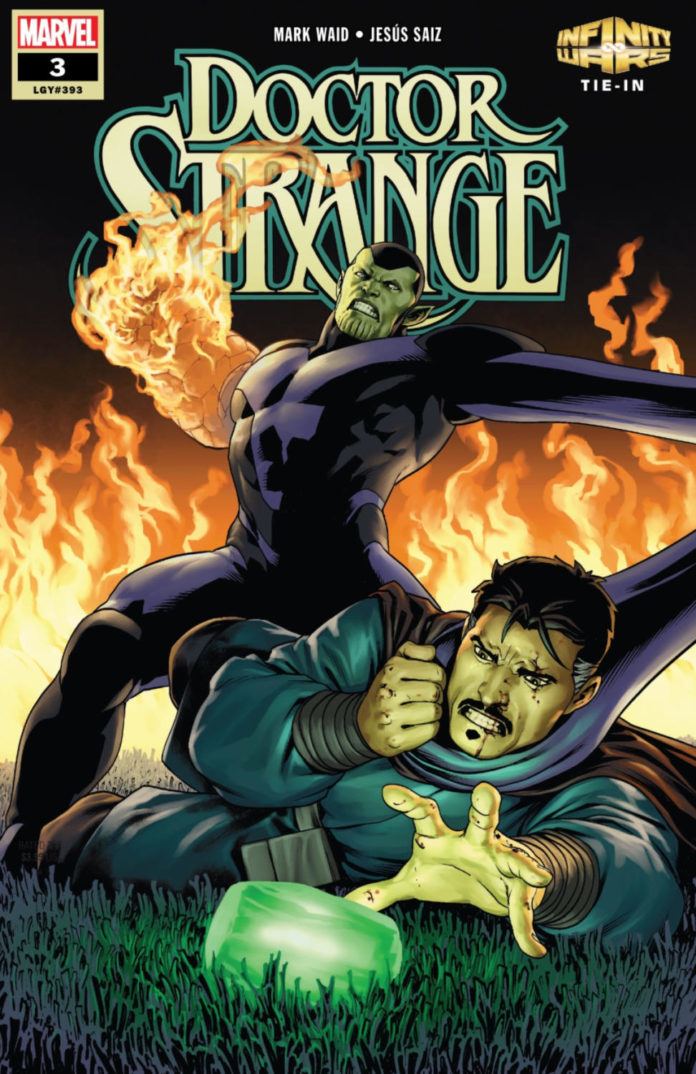 There are all sorts of feels to be had in Doctor Strange #3, this week. Mark Waid and Jesus Saiz continue the good doctor’s intergalactic journey to rekindle his magical ability with his ally, Kanna. The book opens with a montage of the duo’s explorations to a handful of worlds, followed by a scene where the two begin to share the details of their pasts. In four pages, the creative team propels the budding relationship between Strange and Kanna to a more intimate level.

Kanna proposes they head to a planet of refugees where she knows a magician who can assist them. The refugee aliens turn out to be Skrulls, the classic shape-shifting Marvel antagonists. Waid takes an interesting approach to this development. Strange predictably balks at the prospect of going to a Skrull planet. The language he uses, though, is uncomfortably close to the racist sentiments towards refugees we’ve seen for a long while now in the forefront of news. Words like “savage” and “untrustworthy” ring with an unsavory familiarity. When on the planet Strange makes observations of a biased person able to look at a culture in a different light. He was fascinated by the implications of having a society of shapeshifters. The most poetic line inquires how they would define “identity” if they did at all.

This nuanced approach gives way when Strange and Kanna see her friend’s compatriot, the Super Skrull, wanting to use a magical item to rekindle the Skrull empire. With coercion and promises, Strange convinces Kanna to help fight. In the process, he might have poisoned their relationship. As engaging as Waid’s story, Saiz’s art style draws in the eye wonderfully. The photo-realistic style is that much more impressive with aliens. The fight scene was exciting and reminiscent of a recent battle in the Marvel Cinematic Universe involving Strange. Following Jason Aaron’s run, Waid and Saiz are proving an impressive creative team for Dr. Strange.