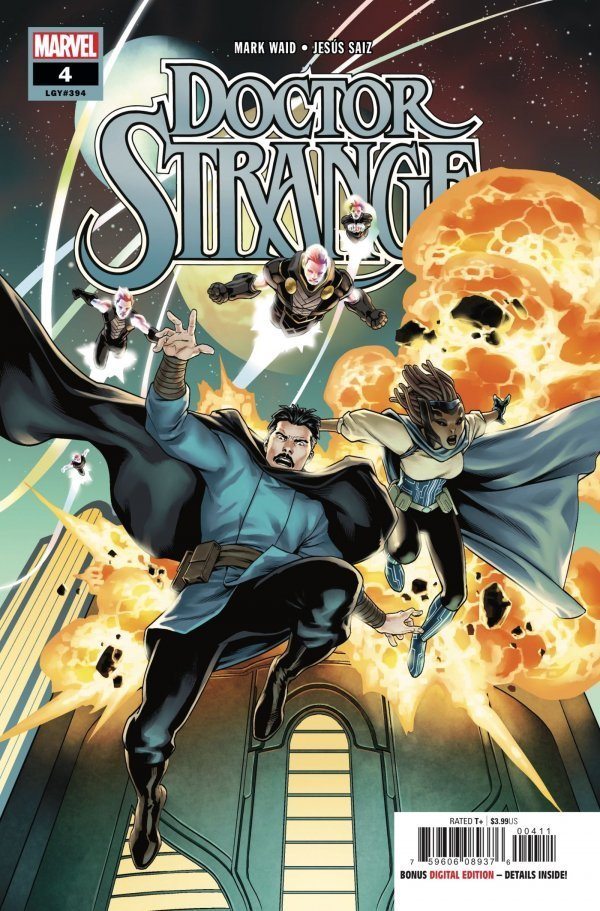 In this issue, a dwarf of Nidavellir catches our heroes’ eyes. Legendary weapon makers (Most famous, of course, being Mjolner), Eoffren is being held captive on a planet, forced to make weapons for the tyrannical king. Lately, Strange has been getting his magical ISH together. A sweet intergalactic montage shows him relearning his spells and abilities. The good doctor is definitely feeling himself and his arrogance complicates the rescue mission.

My more recent exposure to Doctor Strange, especially Jason Aaron’s run, has focused on a magically depleted character having to make due. A side effect of this creative choice I didn’t notice until this issue has been a suppressing of Stephen Strange’s arrogance. A traditionally strong aspect of his character, we see it resurfacing in this story.

Mark Waid treats it well having the interacting characters call him out on his questionable and damning choice in this issue. At the same time the door is open for Strange to expand his abilities even beyond what we’re used to by asking the question, “What if Dr. Strange had access to Thor-level magical weapons?” This story continues to grip and keep the reader engaged.

If that wasn’t enough, the holy savior Jesus Saiz continues to blow me away with his art. In the same week as the heavy hitter Michael Gaydos it is truly impressive to have another art style bring something new and beautiful to my comic stack. The detail is to an extent that you wonder if there are alien models he’s using for photorealism.