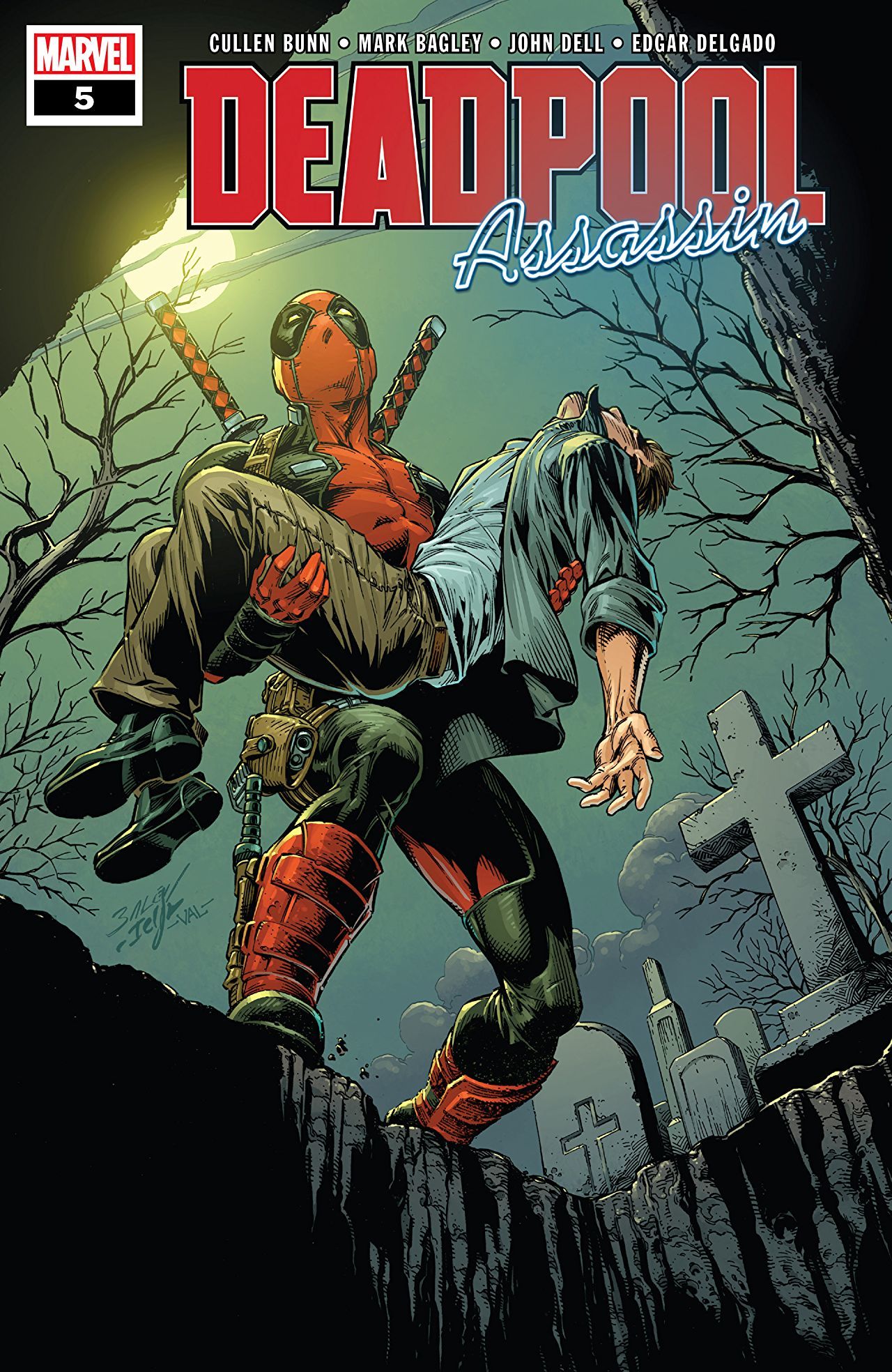 It was only a matter of time till we reached this position. The journey that Deadpool: Assassins brought me through had me at the edge of my sword. The transformation of Wade Wilson is not only a force to admire but to also grow from. Through various metaphors, from “Body Bag Price-Tags” to the cost of friendship; I learned about the nuances of boundaries in the goriest way possible. In the last issue of DP Assassin, our (anti) hero came to the rescue of his desperate friend Weasel. Caught up in a deadly cinch, Weasel’s foes want his head association cover was blown (literally). Now in Deadpool Assassin #5, I am so mind blown, I don’t even know what to feel. 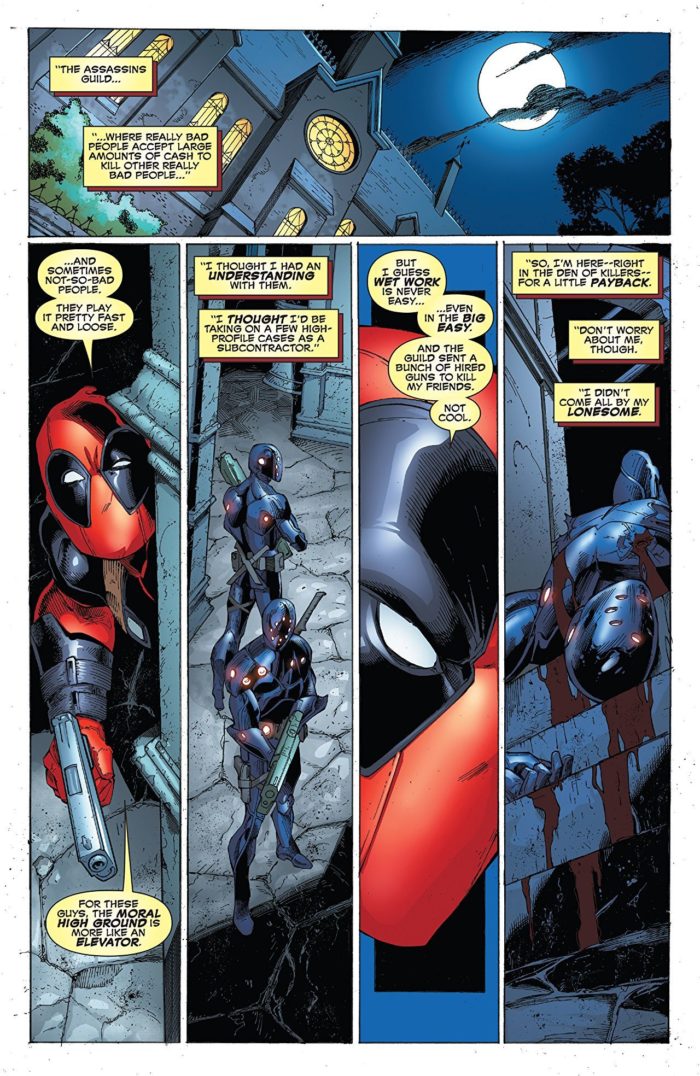 Bring Out The Holy Water

The first things that came to mind in the first couple of pages were: “Are they making subtle church/religious references”? The consistent back and forth between images and word choice; but also considering that loyalty and morality is a huge theme in this limited series, what other way can we bring these ideas to the forefront but with the biggest tester of loyalty and morality in the game? The writing this issue, with the “holy” references and my favorite quote: “The Assassins Guild…Where really bad people accept large amounts of cash to kill other really bad people”. Honestly, at that point, I cackled and turned myself away from the comic, because of course would that quote be next to a Cathedral looking building.

This whole issue I just couldn’t deal. I feel like using death as a metaphor in comparison to religion was an obvious genius tactic. Like of course, money, morality, and loyalty are one of the biggest parts of the religious hemisphere. Of course, everything seems like the last summer. Get the f**k out my face Cullen Bunn, you messed me up this week and I can’t stop rereading this shit.

These artists, I got heat for them too. Are we not going to pay attention to this whole disciples thing they got going on? When DP gathered his swarm of Assassin assistants and the way they surrounded him after he”rescued them from the hellhole”? Nah. The bloodshed was specific was precise in this issue. It wasn’t as gory, the blood moved at an artistically like a Van Gogh painting. Got the blood making swirls like Starry Night. What I loved was that in this issue in most cases, the blood is either hugging on the weapon or spewing out the body. In past issues, we saw blood essentially everywhere, but now it felt more like a sacrifice/tribute issue.

The setting play felt dizzy, yet definite. It was mostly monochromatic until big movements that caused for big color display, then right back to chromaticism. In previous issues, though monochromes was used in most dark scenes, there was this guilt in the atmosphere I already felt before I reached the fifth page. This comic, made me excited to feel guilt, and that’s scary. I’m literally sad there’s only one more issue left.