type in your search and press enter
147 Shares

Justice League drops in a little over a month and the new [final? I hope it’s final] trailer slid in like the bootleg man at the barbershop. And, like deals with said purveyor of purloined films, I’m not sure if buying into this is gonna leave me with a shitty version of my faves.

But, sis, this trailer looks good.

Finally, after 5+ hours of combined screen time, we see Superman smile in a world not washed in the sepia tones of urine. Praise, because Henry Cavill and his square ass jaw look good. Lois walks up on Clark in his farmer finest as he fondles the new cornstalks on the Kents’ Smallville homestead. [Second watch sidebar: Does Cavill-Clark got a donk or nah cause the way that flannel is sitting…]. But it was all a dream. The world is fucked up and Lois ain’t got nobody to split her rent with. Das sad.

Superman is dead and not even the good Reverend Jackson could keep hope alive. And the white people are scared. The only non-white people we see are Cyborg and Aquaman so I’m just gonna assume that all the rest of us saw trouble coming and got the hell outta dodge. But in reality, I’m side-eyeing tf outta the production team for this bullshit in 2017.

Anyway, Batman had a dream. And in that dream, he saw Parademons [those weird bumblebee monster looking things for folks outta canon] fighting the Amazons [Wonder Woman’s people for those still outta canon]. Somebody with an ax drops out of the sky and gives some dude the Jorah Mormont special. Those of us who watched the BvS extended version [y’all] or just the deleted scenes some true patriots put on the YouTube [me] or read the Wikipedia entry know that’s Steppenwolf. Everybody else, that’s Steppenwolf. He’s our big bad and shit’s about to go down. 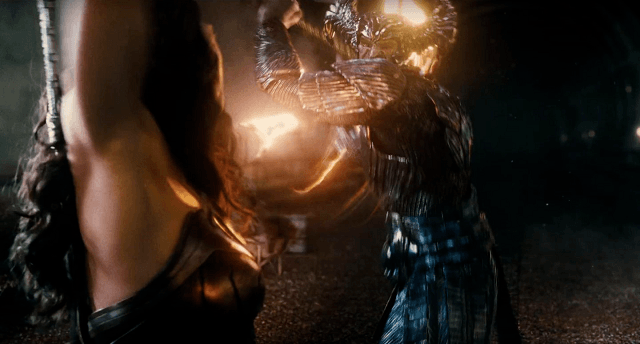 Cue shirtless Momoa and a break while my brain shorts out.

We get a glimpse of the Batmobile causing more major property damage and other clips from the final battle. You can tell it’s the final battle because everything is covered in thick ass cumulus clouds of dust and smoke and in shades of red. It’s sad, the heroes are struggling and Flash is running. But things take a turn when Aquaman stabs a Parademon and they all start working together. Like a league. A league for just…defeating this one enemy.

Let me say right now, Momoa’s extra-Momoa-y Aquaman and Miller’s awkward Wally-esque Barry Allen Flash are gonna be the best parts of this movie. Momoa has chemistry with anything he comes into contact with in these trailers: Affleck, Fisher, that one beer bottle, his triton. Like this is the coolest Aquaman has ever looked [even hook-handed metal-rocker bearded Aquaman can’t beat this]. Miller looks like he’s legit having fun as Flash which has converted my hater-ass heart to his side.

Things I’m here for: Aquaman snarking everyone and just basically being Jason Momoa as a superhero, Flash being awkward and adorable and just running, Bruce and Diana as awkward team mom and dad, and Wonder Woman kicking all of the ass ever because she’s the League’s best fighter don’t debate me debate your mansplaining uncle.

Things I’m not here for but expecting: Some stupid shit going down in the last battle, Wonder Woman fighting barefoot for no reason, overt Christian imagery, no people of color, and sepia tones, sepia tones everywhere.

But real-talk, I’mma probably see Justice League come November 17th [Maybe by like December tho…there’s no rush] because DC heroes are my favorite and maybe I hate myself. Will you? 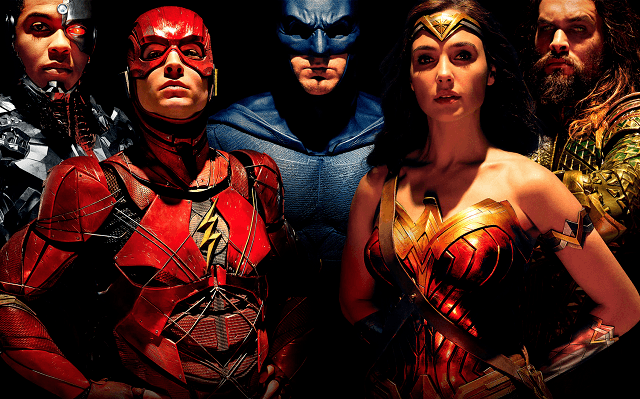