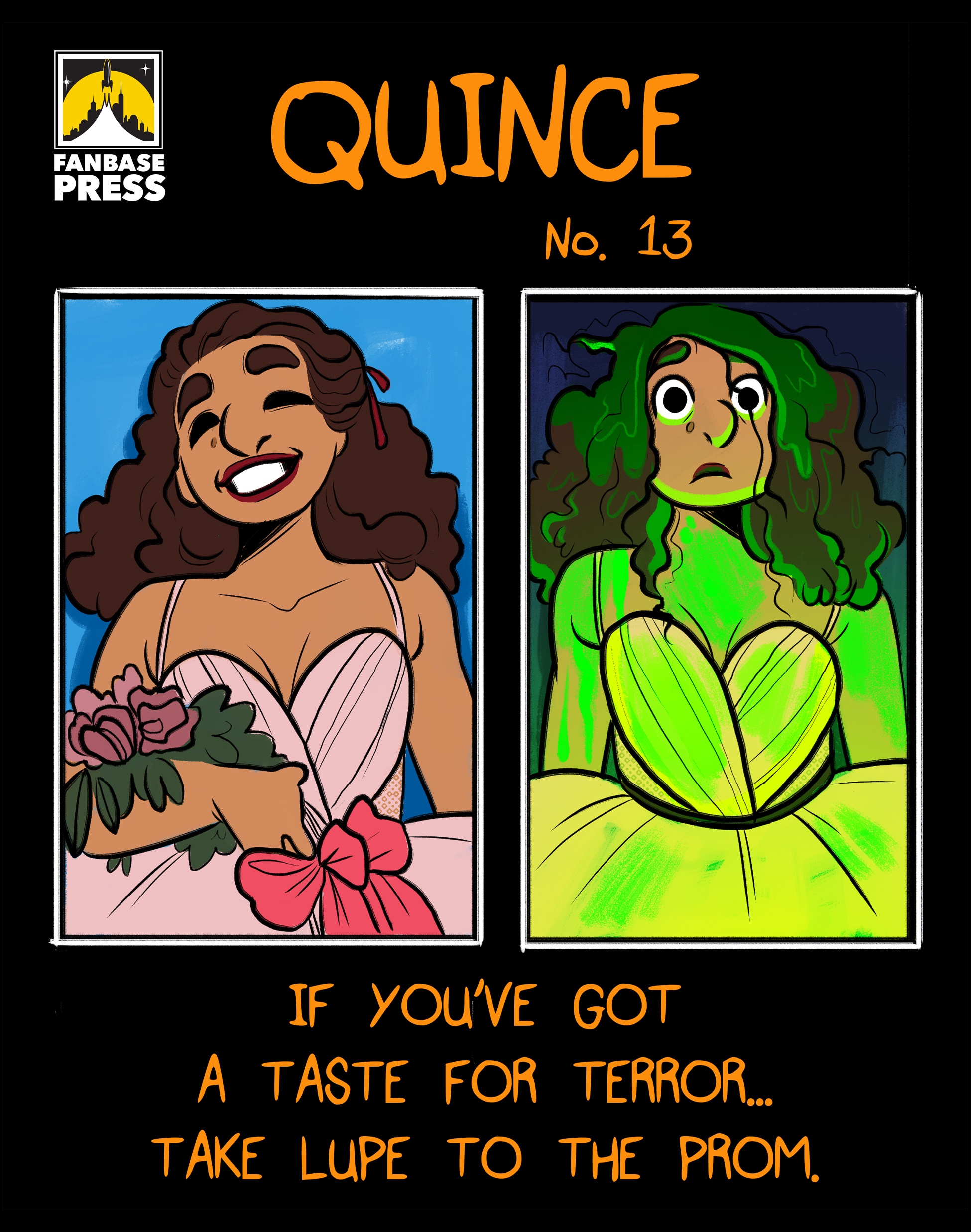 So I saw the cover for this issue last time around and didn’t want to spoil it so I had to sit on my hands and keep it to myself because IT’S SUCH A CARRIE REFERENCE AND MY NAME IS CARRIE, FAM. Ahem. The other bigger reveal last issue, which I didn’t spoil because I am such a gem, is Devin asking Lupe to prom WHILE also figuring out her secret identity as Q. This obviously was a highlight in the life of Lupe who had been struggling with her life and her super-heroing alias. It did also create tension with her numero uno, Abuela, who chastised her for choosing to go to prom instead of remaining on the lookout for her missing arch villian.

Lupe is at the prom, looking gorgeous, with the guy of her dreams, not having to worry about pulling an all-nighter rescuing families from burning apartments when what happens? Murphy’s Law happens, that’s what. Did I mention it is her birthday?

On her perfect day a very perfect distraction comes along to ruin everything. The baddie that ghosted her before has come to the prom to ruin it. Lupe isn’t here for the murder-y business. I’ve run my mouth on characterization. On how who a hero becomes when they put on the mask and what happens when they don’t have one matters. Lupe has to make a big decision here to prevent a catastrophy and the result will throw you for a loop once it’s known that Lupe is Q. There’s some panels in the beginning with some awkward faces and limbs art-wise but it picks up for a great ending. We’re now near the end of the series with next issue, issue #14 on its way. We knew Lupe’s powers would only last until her next birthday — Prom night was her birthday night so we’ll see the how this will impact Lupe. 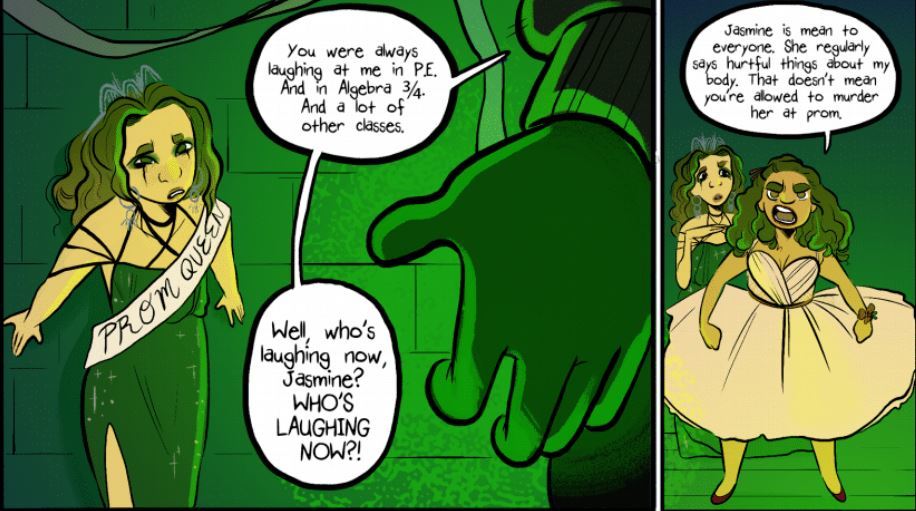