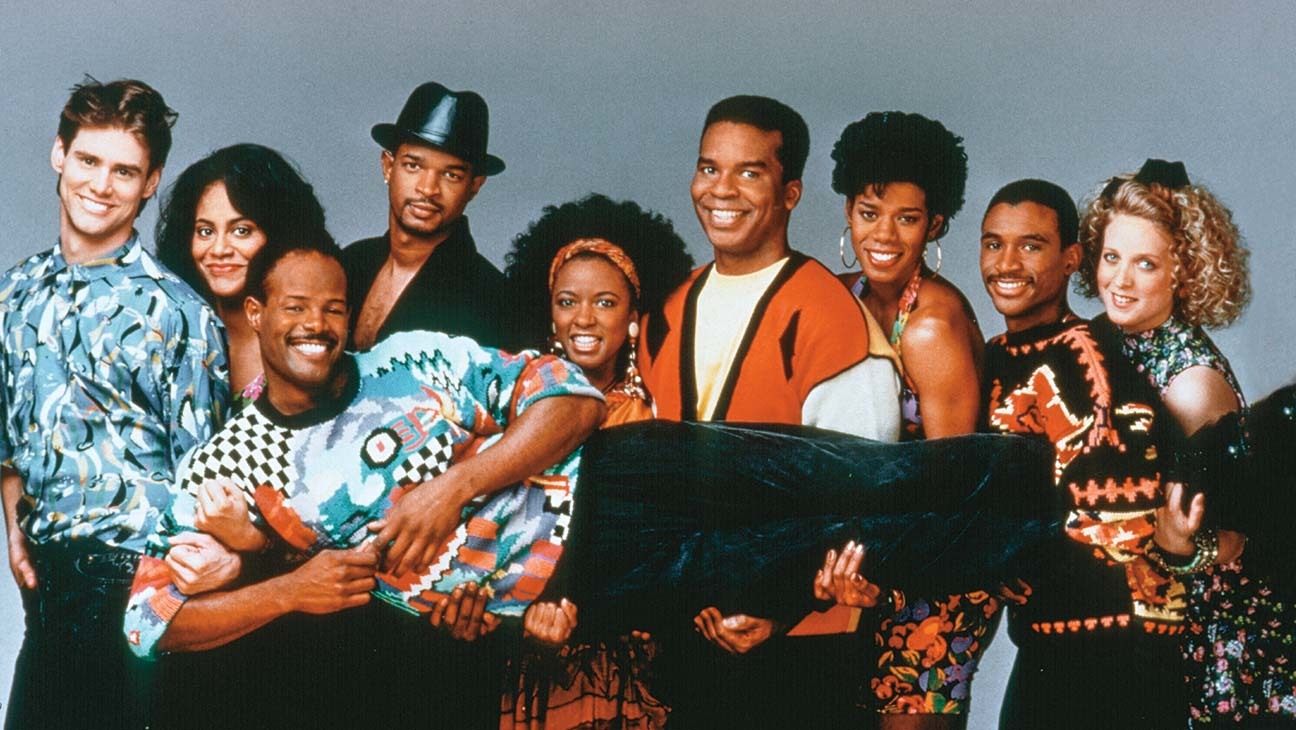 When Bullying Unravels A Loophole

Growing up as a dark-skinned, black nerd honestly had plenty of difficulties. Outside of the racism from faculty and hearing how “white” I spoke; I often felt isolated from my peers when it came to fashion, core values and entertainment. With Christian, West-Indian American parents who often sheltered you from content that was perceived to be “ungodly,” you didn’t have a huge catalog to choose from. I can say that I have never seen one episode of Degrassi. The most scandalous show I’ve seen on MTV was Silent Library and my range in music was show tunes and Beyonce. So when it came to anything relating to pop culture that was not Pokemon, YugiOh! or the like, I honestly could not tell you.

But, the interesting loophole in all of this is: I was always in the mood to watch whatever my dad was watching. And as an expert daddy’s girl I can tell you about the wondrous world of adult sitcoms. My father loves his comedy and up to this day you can hear him playing repeats of older comedies like All in The Family, Seinfeld (cringe) and of course a personal favorite In Living Color. Listen, I learned about so many things so from In Living Color. I felt sorry for anyone who tried to cut my ass, because chances are they didn’t survive.

I felt empowered because I felt like I learned a few secrets that kids my age would not have known. I was a miss know-it-all honors student so anything that my father laughed at that I didn’t understand pushed me to research. By the age of 12, I understood why people made fun of hoteps. My curiosity opened a catalog of interesting rebuttals, waiting for the moment someone caught me on the wrong day. 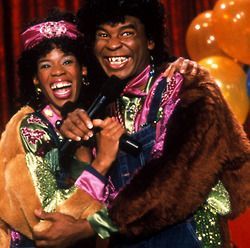 The Wayans family made clap-backs smarter.

I started practicing in the shower. There I felt the freedom of David Alan Grier in sketches like Cephus and Reesie running through my bones. In Living Color brought the representation a black girl needed when the school system kept disenfranchising her blackness. After school, I ran home to laugh at classics like “My Songs are Mindless” and everyone’s favorite scammer Loomis Simmons. I found myself leaning towards sketches that broke down realism.

There was an uncomfortable edge the cast brought to screen where their content felt far enough from reality to feel fake, but close enough to seem possible. My favorite example is in “My Songs are Mindless” where Kim Wayans played upon the ideology of musical incompetence by using Crystal Water’s song as the foundation, in what is arguably one of their greatest musical parodies. She basically released a diss track using Crystal Water’s beat, background dancers, and modified lyrics.

I remember the first time I heard this song. I was about nine and I just finished my homework, so I went to the bedroom where my dad was watching television, to try and finesse the remote from his fingers and turn it to some cartoons. I quickly became distracted when I saw a black woman decked in a black pantsuit. Honestly, the moment I heard “Flintstones” my ears perked up, and a smile spread across my face. When you put a disrespectful lyric on a hot beat do you really need anything else? Back then, I don’t think I understood how seeing a dark skin woman being funny would affect me in the future.

I just saw it as fact. Black women are funny. It wouldn’t register until years down the line that were would be issues with black people, especially black women being included in writers room for comedy.

Watching In Living Color was proof to me that black people invented comedy. There’s this freedom in black bodies that creates a shock value to non-black folk so much that it becomes a culture. In Living Color became part of that legacy that inspired generations of comedians. Watching folks like David Alan Grier helped me feel confident in my awkward. I always knew he was in a sketch by the way I heard my father cackle from down the hall. Time after time I came running wondering what silly thing he did next.

It felt liberating watching black folks be free while I was experiencing bullying at school. Seeing them in sketches that gives humor to suffering in Mr. Squeegee made me feel like I had a joy to look forward to. When I think about how black comedians approach the stereotypes that reflect on our own oppression i.e: Mr. Squeegee jumping on top of a car for some coins and a sandwich; there is always a lingering metaphor about black survival. There is culture within our suffering which makes our content uncomfortably realistic. 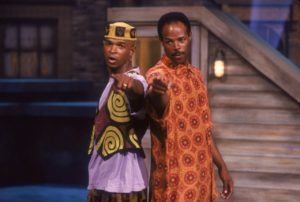 Folks can look at In Living Color and be able to attach some of the characters to a friend or an uncle down the block.

One of my father’s personal favorites, Cephus and Reesie, was a sketch series about a musical duo that often did too much at the wrong time. Seeing their sketches made me think about the musicality that naturally exists in black bodies. It’s beyond the “always on beat” stereotype. Though I’m sure the sketch series was inspired by R&B groups, the sketches reminded me of everyone’s favorite church aunties. They always had an ad-lib for the pastors and an extra riff for the organist. The culture behind the black church movements are depicted in different ways; but it always comes down to two consistent things: flashy outfits and quippy ad-libs, much like many R&B groups in the 80s and 90s.

Blackness has always proved itself to be extravagant and presents itself in the forefront of pop culture. I’m glad that I came across In Living Color before Saturday Night Live. Proud that I was able to resonate with black comedians before their white counterparts.

My father didn’t know it then, but he was about to raise a performer who would never feel intimidated in front of a white audience. And it all started with seeing a black woman cutting someone’s ass in a pantsuit.