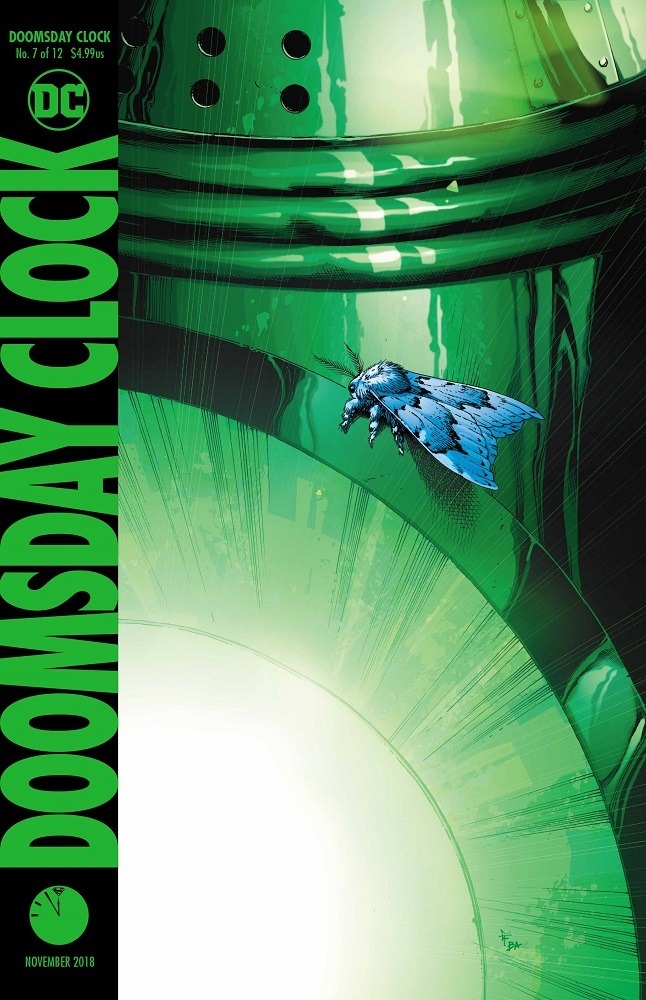 In what has been a slow burn character study, Doomsday Clock done went and spilled that character all in this issue. After we’ve been given backgrounds for the Marionette and Mime, their team with the Joker, The Comedian annihilating folks, and even Batman being captured, we had still not made it to our main event yet. Well, the search for Jon, Doc Manhattan if you nasty, has finally bore fruit, and it’s a lot more than our motley crew anticipated. The revelations that Jon delivers are all heavy spoiler territory, but I will say, it’s nice having him represented in a comic again. While the impact of Doctor Manhattan can’t be duplicated like it was in The Watchmen, he still fits into this narrative snugly, watching and judging the events as he sees fit.

Jon does give way to the turn of this book and sets up an eventual conflict it seems, but there was a lot going on in this book beyond that. We’ve gotten to live in a lot of characters heads over the first six issues of this book and what we’ve learned is that they are fascinating. But also, might be completely full of shit. Johns has crafted this world where bad things happen, and sometimes they happen to the characters. Sometimes the characters are the ones doing it. But bad shit always follows them around. Some of these paths converge in this book, where shaky alliances all but fall apart, setting off some new and unexpected consequences for the last third of this book. 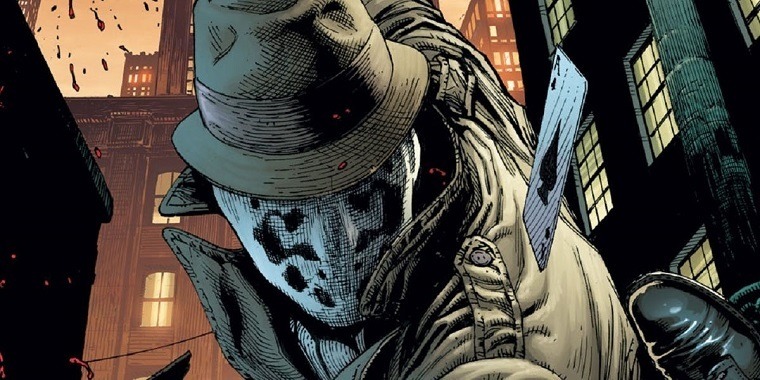 Not to be missed is that Frank continues to crush the pencils on this book. The last couple of issues have been super visceral to interrupt some of the monologues, and Frank seems to be right at home delivering the violent and ruthless world that Johns is writing. There’s some excellent panel work done here too, whether underscoring some of Doctor Manhattan’s powers or the times it breaks from the 9 pack design. The book has been stunning since the first issue, and this shows no signs of slowing down.

So, now we have the big showdown the book has been missing, and we know the stakes are even higher. Doomsday has continued to get better as the story peels back more and more. Hopefully this makes for a hell of a closer now that we’re past the half way point of this book.