Ever gave a comic an ovation after you read it? When I got to the end, I looked like a fool grinning and clapping at my desk. This comic just transformed my whole day. I never cheered for someone to get their period so much till now. (Actual words I spewed at the screen the whole time: “Yeah girl. Get your period. F*ck them up. Ain’t nobody ready for the sauce”). If you want something to empower you through your cycle, this is your series. 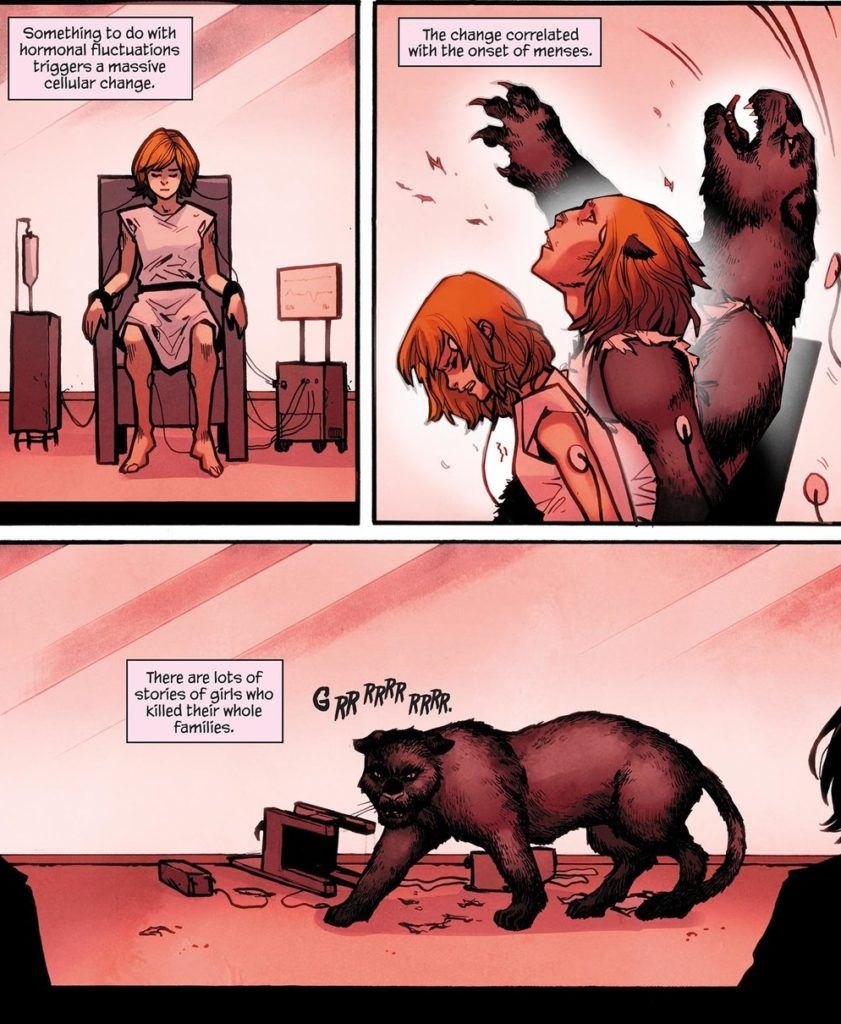 Man-Eaters #1 shows you how femme empowerment feels versus how society views it. To be powerfully fem means that society will consider you to be a danger to those around you, and you will always be the main point of sacrifice to the male ego. If you ever want to understand the dynamics of victimization versus the politics on “menstruation,” Maneaters presents an old time concept that’s hilariously accessible and refuses to sacrifice the craft. When folks get their first period in most cases, one of two reactions are bound to happen.

First, congratulations; you’re now viewed as an official “woman” (even if you’re 12 which is problematic because wow, I’m able to bare children? Now, I’m a woman, thanks nature). The other, is sadness/fear/disgust which tends to be the expression of those who identify as masc. Chelsea Cain allows periods to roam free into a territory that society imagines it to be and owns it as part of an anti-hero narrative. The metaphorical relations between the reason why people view cats to be vicious, why women are seen as a complicated species, and how this all relates to the social paradigms of period politics, I’m here for it. I see you, Chelsea. I’m throwing up my fan signs.

What Do You Thinx?

While I was reading Man-Eaters #1, I couldn’t help but admire the playful concentration that the artists used throughout the comic. There were moments that were really funny with just the words, but the art style enhanced everything. The usage of charts and “background noise” complemented the seriousness at hand. It’s usually difficult to have something traumatic and hilarious play hand in hand. In most cases, one has to sacrifice a percentage of the other. I caught myself saying “Oh no” and in the same breath laughing saying “oh noooo” because of a humorous reference I caught. The artist’s bright simplicity goes well with the dark yet humorous flair the writer concocted.

I hope to see the metaphors unravel in various aspects of the comic in future issues. They got the suspense down, the voice down, and even down to the character personality. I hope to see how the metaphors not only play out in her own development, but in the future setbacks as well. The creative team set forth an amazing start. What will make the comic better is the ease in transitions. Since the storyline focused on outlining the setting, situations, and set up, it often jumped in various places. Granted for the first issue it was exciting, and the set up was amazing. 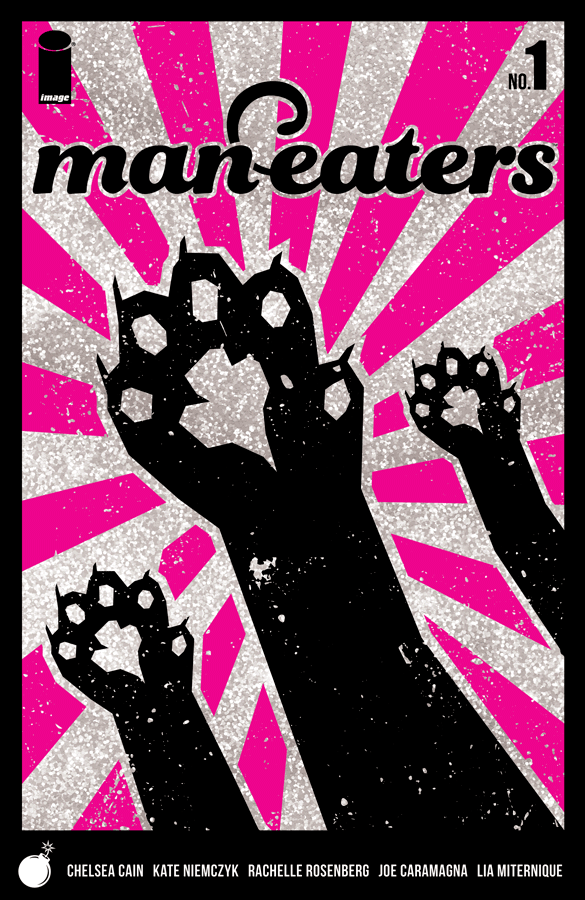