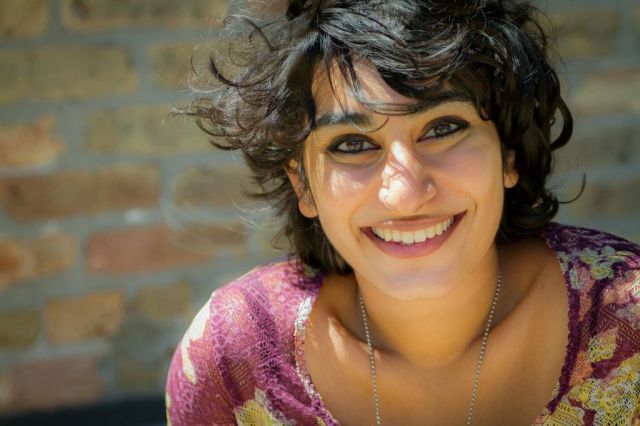 Do you remember fighting with your friends about who was the Carrie, Samantha, Charlotte or Miranda in your friend group? But not really cause none of y’all was carefree rich white women with more shoes than skin blemishes. Well Fatimah Asghar finally created a show for queer drunk awkward Black (or Brown) hoes like me. Brown Girls is not only battle cry but lullaby, it is a masterpiece of intersectional feminism and humor. It’s a punch in the dick to every male comedian who that still think women are only good for rape jokes and tears.

I have known for and worked with Fati for a little over three years now, and now only is she a great friend but she is a inspiration to work harder and dream bigger. When Fati first brought Brown Girls to our cohort editing meetings at YCA she wasn’t even sure she wanted to record it, but knew she needed to write a series where the characters looked and lived like her. Taking inspiration from her friends and family Fati created well rounded characters who you love, question, side with and shade all in less than a 20 minute episode. You as the audience get to be a one part Leila, one part Patricia, one part Victor and whoever else, because each character has as many redeeming qualities and they have unapologetic flaws. The entire time you’re watching you want everyone to succeed but also know life comes at you fast whether it be a drunk punch in the face or one too many shots on the job. The complexity in the characters created through, dialogue, action and set are enough to make a young hoe shed a thug tear.

One of my favorite parts of Brown Girls is how explicitly Colored it is. Fati asked a bunch of us to populate the infamous party scene. When I walked into the side yard It was full of smiling fashionable Black and Brown faces, salted here and there with white people who were only present as film crew. I applaud and thank fati and Sam for their commitment to showcasing a world in color. A world that doesn’t require a white savior, a white villain, a white pinnacle. A world where our language, regalia, lives are our own and centered in conversation and representation.

As the Black Samantha in friend group of Black Samanthas I can now say I am a Patricia with a Victor rising. I don’t know how long it’ll take for new episodes of Brown Girls to drop but like most of America I need to know do Leila and Miranda work out, will Patricia drop an EP and obviously did anyone at that party get pink eye? If you’re like me, a messy hoe that lives for drama I promise you Brown Girls is the show for you. 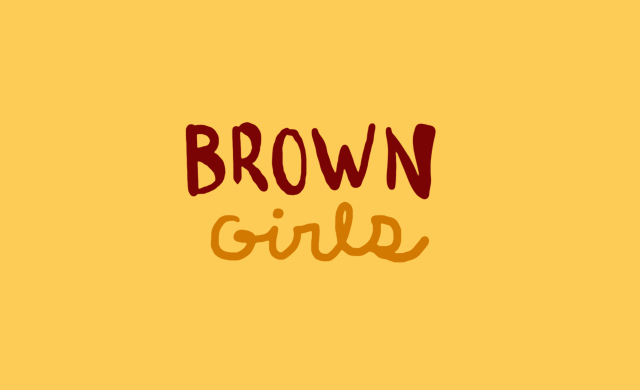 Black Nerd Problems: What was your initial thought when you realized this had grown bigger than yourself? / what meme best describes your feelings?

Fatimah: I had several waves of realizing the show was bigger than myself– the first one was when we were shooting and I came on set and saw the cast and crew with the script. I was on set for a while and then realized that the set was being run so well that I didn’t need to be there to make sure everything was okay. I think that was a really dope feeling, and to see actors saying lines I had written. Then, after we released the trailer I would see it being shared by people I didn’t know, and people tagging their friends in it saying “that’s us! that’s us!” That was an amazing feeling. When we started to get a lot of press I got nervous too– it’s terrifying releasing art into the world.

BNP: Are you going to send it to your family?

Fati: HELL NO. I mean I have a lot of cousins who are cool, they can see it. But my aunt and uncles?? Oh hell no.

BNP: Do you think this will be a jumping off point for more women who look like you to create art in their own image?

Fati: I hope so! That would be awesome! I think the biggest piece of advice I’d give people who want to be creators themselves is just to do it. Don’t wait for the opportunity to come knocking because you’ll be waiting forever. You have to make your own opportunity and seize your own resources, and its better that you do it and have control over your own image and stories before someone else comes in and fucks it up.

BNP: How is balancing your MFA program and Brown Girls and Dark Noise?

Fati: It is so hard right now! I wonder what it will be after the premiere, but I feel like I am living many lives. Dark Noise is a huge support though, they are my family (there’s even a small shout out to them in the last episode of the series). They’ve been there helping with logistics that I need throughout, and we also have an amazing cast and crew that have been killing it in post-production. So it’s a lot to balance but I feel very supported by people who I love, who’ve always held me down.

BNP:What was your favorite part about creating Brown Girls?

Fati: I loved how it felt on set. Everyone was so open, and I’m a huge believer that process is as important as product. So I felt really proud about the way that the process went, and that makes me really excited to release the product.

BNP: Did you pee yourself when Willow Smith shared Brown Girls?

Fati: I didn’t know what to do. I thought it was a mistake. But I screamed, cried a little bit and then just kind of sat around and stared at the ceiling.

Here is a link to Brown Girls in case you’re a terrible person and haven’t watched it ten times already: www.browngirlswebseries.com/