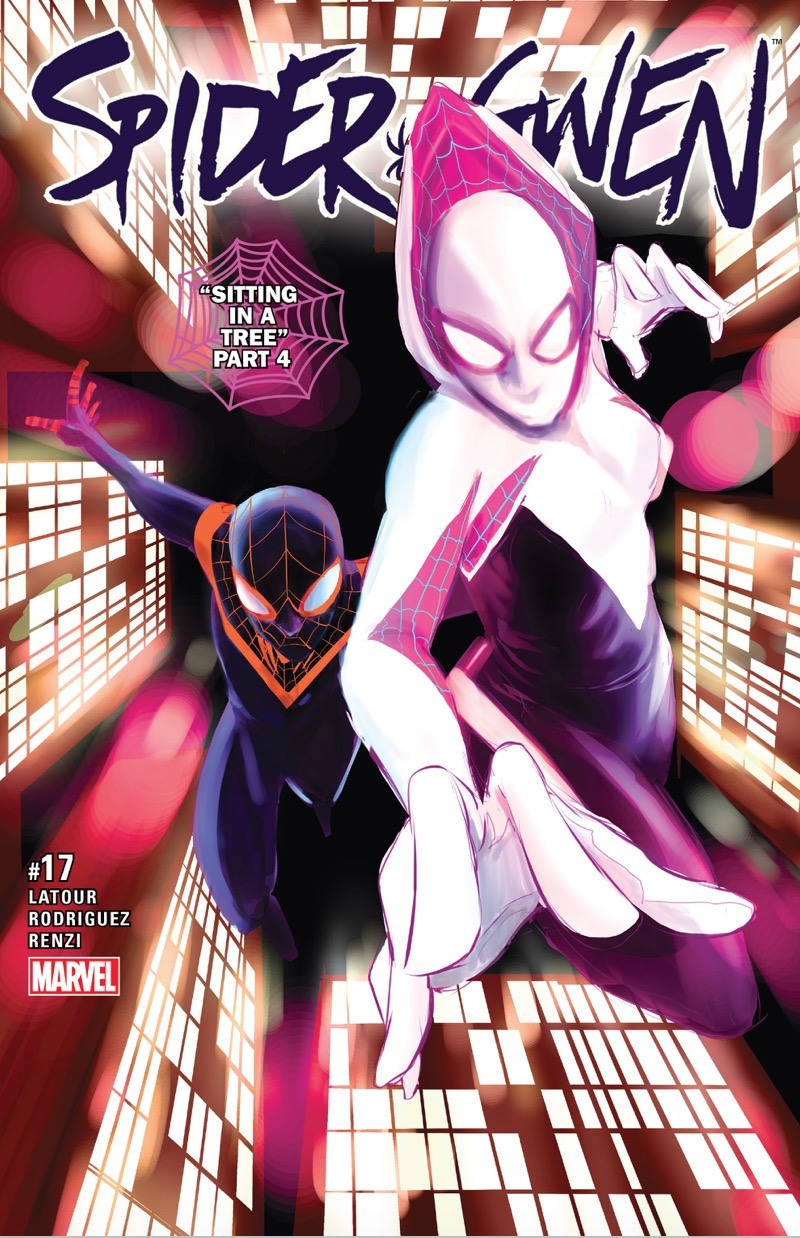 The verdict is in, and perhaps to no one’s surprise this arc feels like little more than a gimmick. At best this crossover could have been a fun experience of intertwined character development for both Miles Morales and Gwen Stacy, and at worse it could have been a gimmicky crossover wrought with additional cameos that feel less distracting from the plot than useful to it. The 4th installment of the “Sitting in a Tree” crossover unfortunately leans closer to the former — an issue with a share of comedy and comradery but which is still, by this point, basically indicative of a crossover that’s the result of imagining Miles and Gwen kissing and forcing a plot to cash in on that as soon as possible. It’s fun enough if you take it for what it is, but surely less than you wanted, if you wanted it at all. 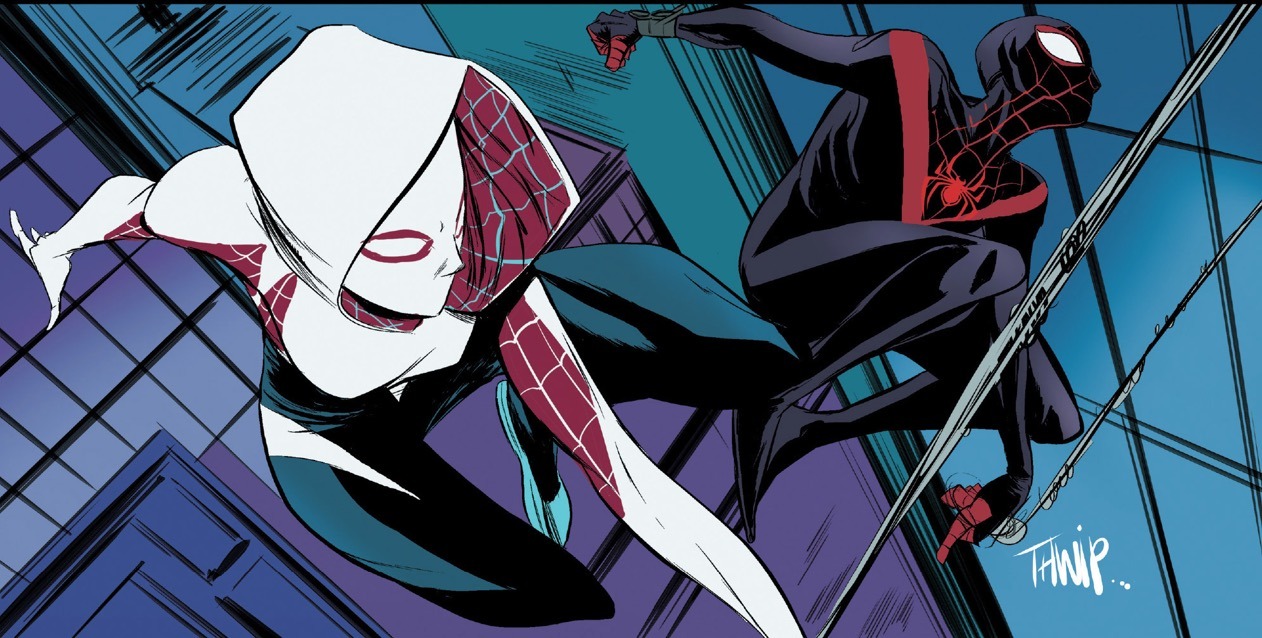 With proper expectations, the spattering of jokes and cameos – from Spider-Man to Ms. Marvel – make for an entertaining read in a generic dimension-hopping crossover. There’s surprisingly little action for such a costume-heavy issue, replaced with heavier dialogue to explain the situation in which Gwen and Miles find themselves, explain Gwen’s emotional state partly to Miles and partly Kamala, and ultimately pull the plot where it needs to go in short order.

Overall, to paraphrase NFL Coach Dennis Green, they are who we thought they were. And what we thought was a Gwen Stacy and Miles Morales story would be better in thought than actuality, the equivalent of that HGTV show you can watch while washing the dishes or filing your taxes. Radioactive Spider-Gwen #17 is entertaining, but don’t put yourself out for it.