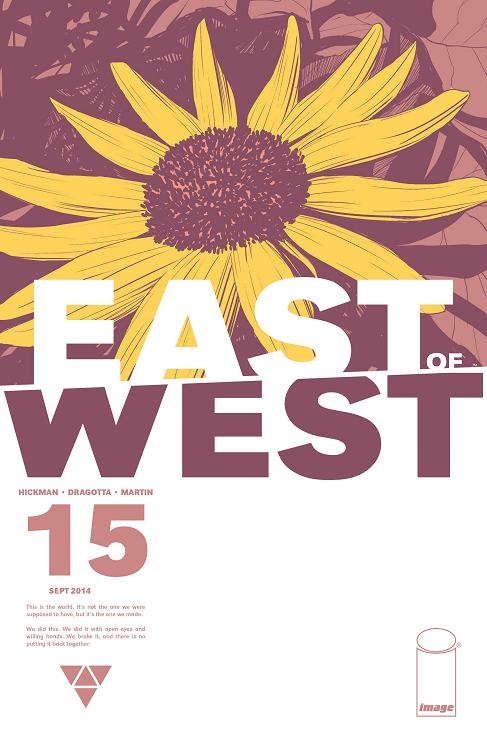 New Slang: When someone gets hit really hard with an object, we can now say “they caught that fuckin’ balloon” – created by Omar Holmon

Every time that East of West drops, regardless if I thought the previous issue was just good or excellent, it always feels like it’s been too long since it came out. Jonathan “The Long-game” Hickman manages to move the story forward incrementally while giving us yet another perspective in this Hellbound world. Ladies and gentlemen, I give you The Beast, ie, the son of Xiaolin Mao and Death himself. And, yo, kid lives up to his name, in a manner of speaking. I love the play with language here, as Beast typically brings to mind something monstrous and grotesque, but this kid is appropriately named the Beast because with his newly minted ‘Balloon’ as an AI companion, he completely dominates the room. Watching him deal with the Horsemen was nothing short of outstanding and made him (and Balloon) instantly one of the most intriguing and likable entities in this world that Hickman has created.

I’m sure you’re tired of me fawning over Dragotta’s art, so I’ll make this short and simple. Ain’t nothin changed, not even the dot on the Range. It’s still really good. It’s still really sharp and immersive and violent and gorgeous. No worries on that front.

The war has started, casualties are starting to grow and everyone is moving around the chess board in East of West. But this issue centered on the Beast (Babylon if you’re nasty) and his escape. We’re given another great character that will play a big role in not necessarily the war, but what comes next.