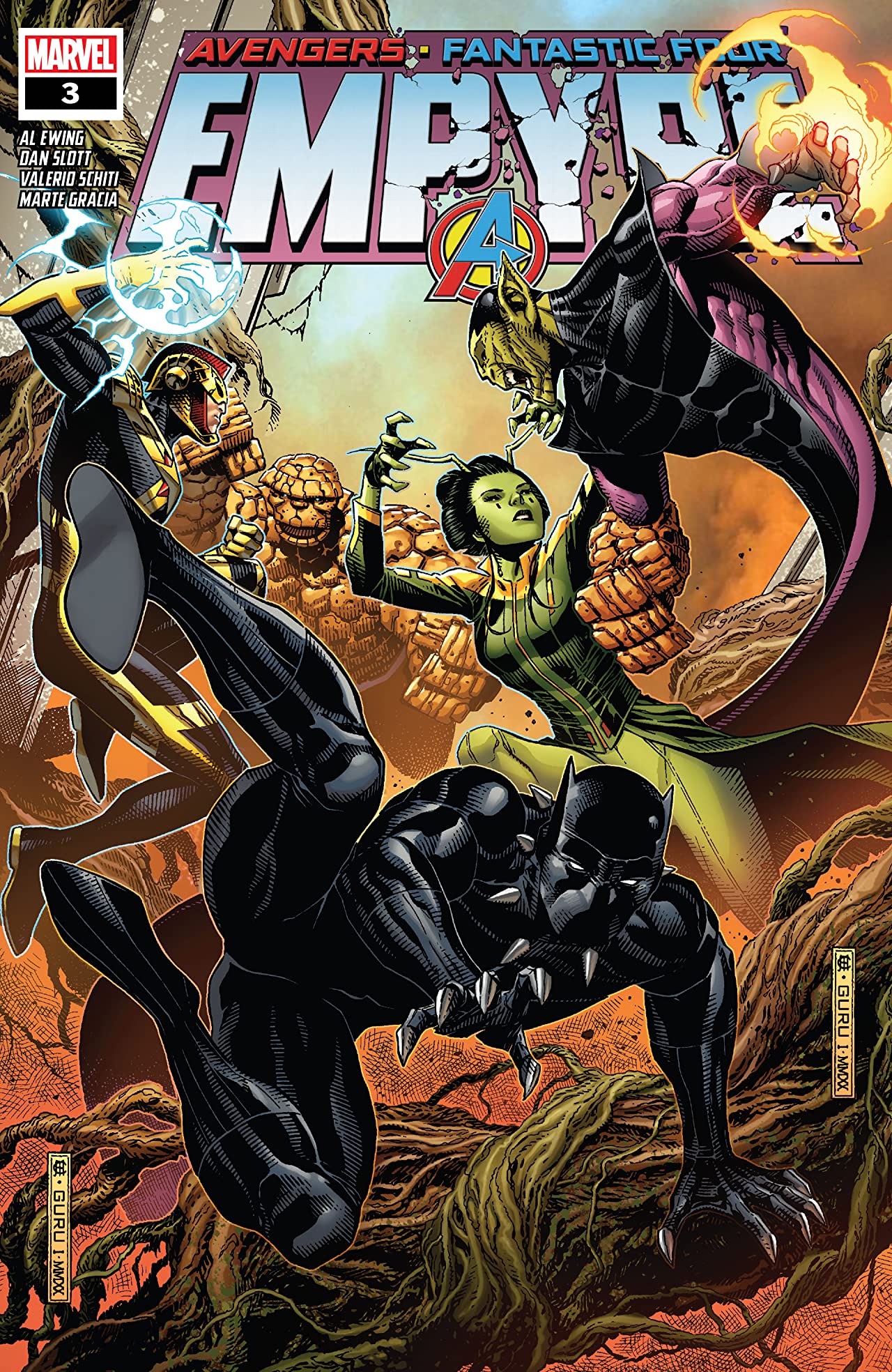 Ever since reading Lords of Empyre: Emperor Hulkling (they really need to find this boy a new superhero name), I’ve been interested in seeing how Teddy aka Hulkling handles his new role as leader of the Kree/Skrull alliance. He’s certainly given up a lot and it’s clear from the early issues of Empyre that the war-hungry Kree and Skrulls weren’t going to make it easy for him. Empyre #3 is proof that holding this alliance together and maintaining his morality is only going to get harder.

One of the faults with this issue of Empyre is that it leans hard into a lot of pretty well-known tropes. Strong men like Cap and The Thing are leading the front lines while the eggheads, Tony and Reed, struggle to come up with a plan to turn the tide of battle against the Cotati. Hell, there’s even a scene ripped straight from the recent Avengers films. I’m also not sure how long we can do Tony’s whole guilt trip period over trusting the Cotati before it gets old. It’s like a checklist of moments we’ve seen in other stories and we can spot them a mile away. And the few moments that do hold interest, like the return of a certain character, aren’t given enough room to breathe.

The issue picks up a bit more during the second half, with the focus on Teddy and the surviving Kree/Skrull fleet. As the war rages on, they are devising a method of defeating the Cotati. Of course, the armada’s greatest solutions are pretty lethal. If there is one thing that is clear, it’s that compared to the Kree and the Skrull, Teddy’s basically a pacifist. Throughout these three issues, he butts heads with his new empire as he tries to minimize the number of casualties. Despite their new alliance, neither race has lost its lust for battle and war. The only difference is that their enemy has shifted and they are both willing to sacrifice anything, even Earth, to defeat them.

Watching Teddy lead with good intentions is definitely the highlight of this series, especially as it goes against the ways of both sides of his heritage. Carol is certainly no help in her new role as Accuser but at least Johnny is there to be the voice of reason, encouraging Teddy to do what’s right. As the event continues, there are some interesting teases as to how things will unfold. The Cotati won’t be the only enemy in this war.

Reading Empyre? Find BNP’s other reviews of the series here.