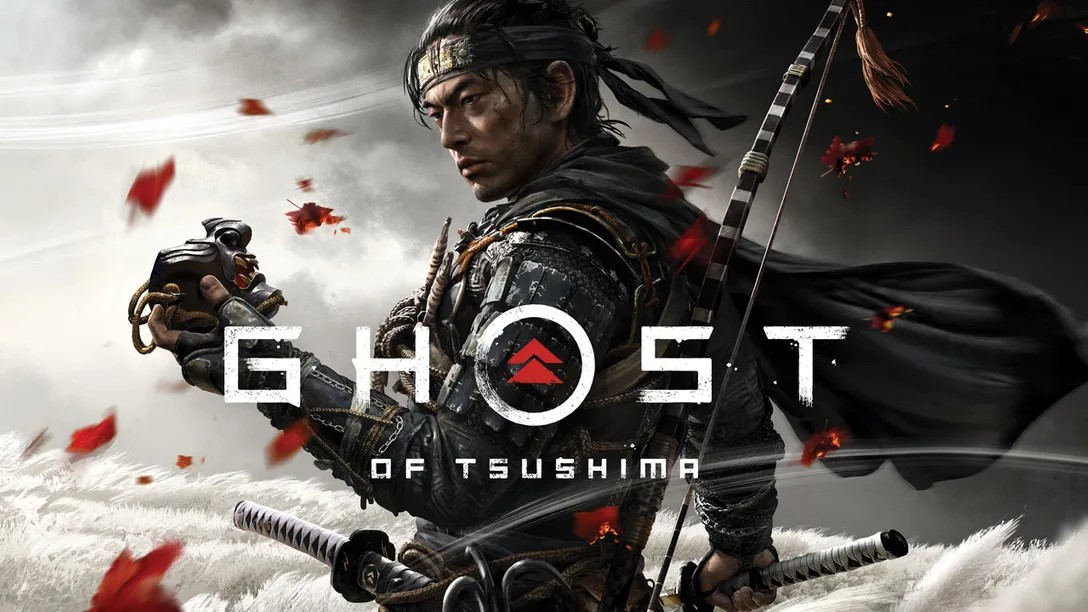 There is a certain appeal to the tale of the lone warrior. You know the archetype. The one that makes friends along the way but ultimately walks a certain path all on their own. In the west, these stories tend to manifest in the form of cowboys. Messy tales often set to the backdrop of the old west and filled with disreputable folks, betrayal, and opportunity. However, in the east, there are stories of the samurai. Warriors trained in the art of the blade. Beautiful stories of ronin or wanderers that are generally poetic in how they are told. Most deal with internal conflict and reflection of the self.

So, it’s a bit curious to see Sucker Punch, a western studio behind titles like the Sly Racoon and Infamous series, create Ghost of Tsushima. I’m not saying that they can’t or shouldn’t tell a story in this genre but it’s interesting to see a very eastern type of fiction come from a western lens. What you end up having in Ghost of Tsushima is a very romanticized idea of the samurai tale. The game does a very, very good job of paying homage to its influences, while at the same time making the story its own thing. Even better is that Ghost of Tsushima makes it its mission to leave players in awe of its world and characters.

Ghost of Tsushima tells the story of Jin, a samurai of the Sakai clan. As the game begins, Jin, his uncle Lord Shimura, and the samurai of Tsushima await the arrival of the invading Mongolian army. It’s clear from the game’s opening that the samurai follow and fight with a strict code of ethics. Even in war, they meet opponents head-on and fight with honor. Unfortunately for them, the Mongols do not, which ultimately leads to the demise of the samurai and the occupation of Tsushima. By some stroke of luck, Jin is saved on the battlefield and now has to find another way to save his homeland. A way that might go against what it means to be a samurai.

Like I said, Ghost of Tsushima is a very romanticized and western view of samurai. At least, in my experience with the genre. In certain Japanese stories, (Yojimbo, Roshomon, Samurai Champloo, Seven Samurai, etc.) the samurai aren’t quite as inflexible or noble as they are portrayed in the game. Often they are just wanderers skilled with a sword. That said, painting the samurai as this great noble force and honorable peacekeepers works in favor of the plot. The overarching theme throughout Ghost of Tsushima’s narrative focuses on Jin’s struggle between that honor and survival.

As Jin fights the Mongols, he discovers that in order to best the enemy, he has to fight and do things that go against everything he was taught as a samurai. This theme and struggle are interwoven into the game’s main missions, which, on its own, makes for some pretty epic and heartfelt moments. Jin’s transformation into the Ghost, the relationship between Jin and his uncle, and the new alliances he forms and breaks as he goes down this path. The game tries to make Jin’s struggle your struggle, as early moments in the game attempt to guilt you for using stealth and other less honorable tactics.

Honestly, it’s probably the one aspect of the story that the game fails at for the sole fact that going down either path is just too cool or fun to explore gameplay-wise. As the game progresses, that struggle blurs even more and the plot becomes more about Jin doing what’s necessary and the sacrifices he’s willing to make. Players will find that Jin is a compelling character as he navigates that the world he knows just doesn’t work anymore. He’s really stuck between those two worlds and you get to know him, you relate to his change into the ghost.

What’s most interesting about the narrative is that it’s actually pretty difficult to get through Ghost of Tsushima’s main story and here’s why. It’s not because the main tale isn’t enjoyable but because the world is filled with dozens of other tales with the same quality of writing. As you explore Tsushima, side missions are damn near indistinguishable from the main missions. Character missions develop companion characters, giving players some of the best cast of characters in a video game. Mythic tales are wonders set to amazing backdrops and dive into unraveling the mysteries of Tsushima.

It’s hard to keep your concentration on the main story when there are so many other cool stories you can discover and find along the way. So much so that you can waste a whole day’s playthrough doing side missions. As I was playing, I compared it to the world-building notes and collectibles that you find in other video games – expect they are all playable and filled with so much depth. It encourages the player to take their time and stay in Tsushima for as long as they possibly can.

Gameplay in Ghost of Tsushima is mostly focused on combat and stealth, with bits of platforming sprinkled in between. Combat consists of light and heavy attacks. Heavy attacks change with stances, which you unlock as you play and complete more tales. Different stances work against different enemies. You can also block, dodge, and use a variety of items and weapons during combat. As you begin the game, enemies can feel overwhelming and the combat can take a second to click. However, it’s a fleeting feeling and can seem purposeful as the game’s narrative is meant to start you at a low point.

Once you get a handle on the different types of enemies and how they operate, you begin to understand the combat. It’s a damn satisfying experience as you slash through enemies and use different techniques. Once you reach that point, it can feel pretty powerful as the player really begins to feel Jin’s transformation into the unstoppable Ghost. There really is no other feeling as you see enemies in the distance and challenge them to a standoff or getting that perfect parry and counter-attacking with a deadly slash.

The way Sucker Punch built Ghost of Tsushima, the game really lets you approach taking on enemies the way you want to. I found my playstyle gravitating towards stealth. Stealth in Ghost of Tsushima works much as it does in other games. You can activate a focusing hearing mode to see enemies through walls and corners, crouch to sneak around enemies, hide behind objects and in tall grass, and so much more.

There are a variety of ways to take out enemies without being seen or to escape detection. That’s where all of those items come into play and you can strategically plot how to take out an enemy encampment. Whether it be headshots with arrows, attacking them from behind, using poison darts, smoke bombs, etc. As with combat, there are a variety of enemies to keep the player guessing and retool their approach.

I do have a few minor gripes with combat, like the lack of lock-on targeting and switching stances. Fighting multiple enemies can get tricky as your only form of targeting is pointing the analog at certain enemies. As you’re in the heat of the moment, this can also cause the camera to be in some undesirable places, forcing players to pause their attack to manually adjust the camera.

With stances, switching slows down the combat, putting a halt to the action. Personally, it just felt like there could have been a faster way to switch between stances without interrupting the flow. There are also a lot of menus to go through and hotkeys to remember as you go through combat, which can be a bit overwhelming. I found myself pressing the wrong buttons or opening the wrong menu far too often than I liked, which was especially a detriment during stealth sections.

Telling you that Ghost of Tsushima is a beautiful game seems pointless, considering you can see the screenshots. The game’s art style and graphics are subtle but amazing. As you explore various parts of the island, there’s a beauty in every landscape from the fields of red flowers and foggy forest to the snowy mountain tops, muddled beaches, and lush marshes. The design of Tsushima and it’s many locals are just so breathtaking to the point where I’ve just about exhausted hours in photo mode taking pictures. And it’s important to note that I very rarely use photo modes in video games.

Battles are presented so flawlessly that even when you are thoroughly getting your ass handed to you, it’s a sight to see. You can literally pause the action at any moment during the middle of a battle and have a dope screenshot of blood splattering in the air, swords interlocking, or action poses. The presentation is where a lot of other influences come into play. As tales start and in the midst of an important duel, shots play homage to classic samurai tropes and moments: Jin flicking his sword or faraway shots of Jin and another about to duel. You can even customize the game’s presentation to an extent (Kurowasa mode, Japenese audio option, etc.). It truly outdoes itself.

Another aspect of the game that I found fascinating is the way it has players interact with its ecosystem. It’s all designed to feel seamless and make players pay attention to environments around them. The wind guides you to your next mission. Coming across a fox or a golden bird will lead you to a shrine or many of the secret areas in the game. It’s an interesting way to go about helping the player navigate the world. Some of my favorite parts of the game are the shrines. While not too intensive, they are still fun little platforming sections that are great to climb.

The biggest draw in the game’s world has to be the collectibles. There are a ton of different armors, masks, swords,  headgears, and more to collect throughout the game. I haven’t encountered a game where I cared or spent so much time invested in what the main character was wearing since Marvel’s Spider-Man. You’ll spend hours collecting supplies and items to spend at the many merchants, upgrading your armor for new perks, and look or finding dye merchants for new colors. There are so many things to do and presented with such style that it makes you appreciate the beauty of the game.

I think the overall impression that I came with from my time with Ghost of Tsushima is how fun it is. All of it. It wears its influences on its sleeve and does the samurai genre justice. There really isn’t a moment that I didn’t enjoy playing through this game. Discovering Tsushima, it’s people, and stories are fascinating. Tales fill the island, leaving you to discover the small stories of the land and dive deep into the strong cast of characters and their background.

Despite minor flaws, combat and stealth are a blast as you cut down enemies in your path. It’s all so satisfying. Hell, just wandering through the game randomly is enjoyable. I never grew tired of random standoffs (especially when you can cut down multiple enemies in succession) and taking down large enemy camps. It’s a game that Sucker Punch wants you to have a good time with, leaving so much room for replayability and for you to take it all in.