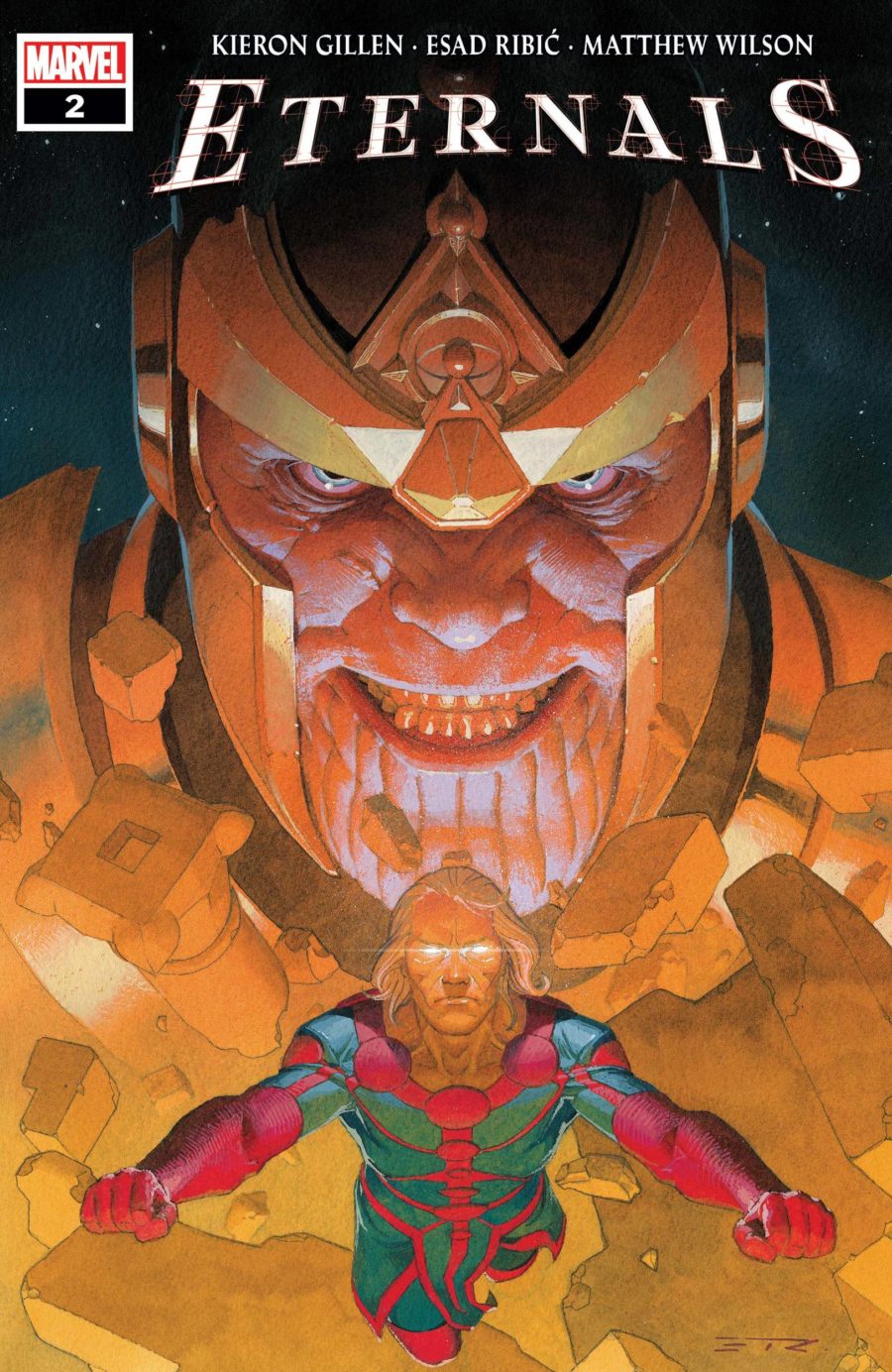 Eternals is one of those Marvel books that doesn’t read at all like a superhero comic. It taps into a textured history of sci-fi/fantasy that has evolved right alongside the cape and tights crowd. Issue #2 puts Ikaris hot on the trail of someone who has murdered one of their own and in the sights of Thanos, the Mad Titan himself. Thanos’ appearance doesn’t take up too much of the book like you might assume but it’s certainly memorable. And if you have Esad Ribic illustrating your book, you HAVE to deliver visually and it’s hard to go bigger than a fist fight with Thanos across space and time.

The book also takes us through an old story that spans generations and addresses the responsibility that comes with being considered (or confused with) a god. It’s clear that Gillen means to revisit these distinctions throughout the story arc as he draws parallels with the Eternals and other celestial entities. Anyone who read Thor: God of Thunder knows Esad Ribic knows what he’s doing when it comes to these sweeping epic shots of ancient buildings and heavenly bodies.

Bottom Line: It might be a little early to say, but Kieren Gillen definitely deserves points for scale. This is clearly a book meant to reach out across places and generations to remind readers of the rich non superhero lore Marvel has to offer. What more could you ask for from such a beautifully drawn, big-thinking sci-fi action romp as this?