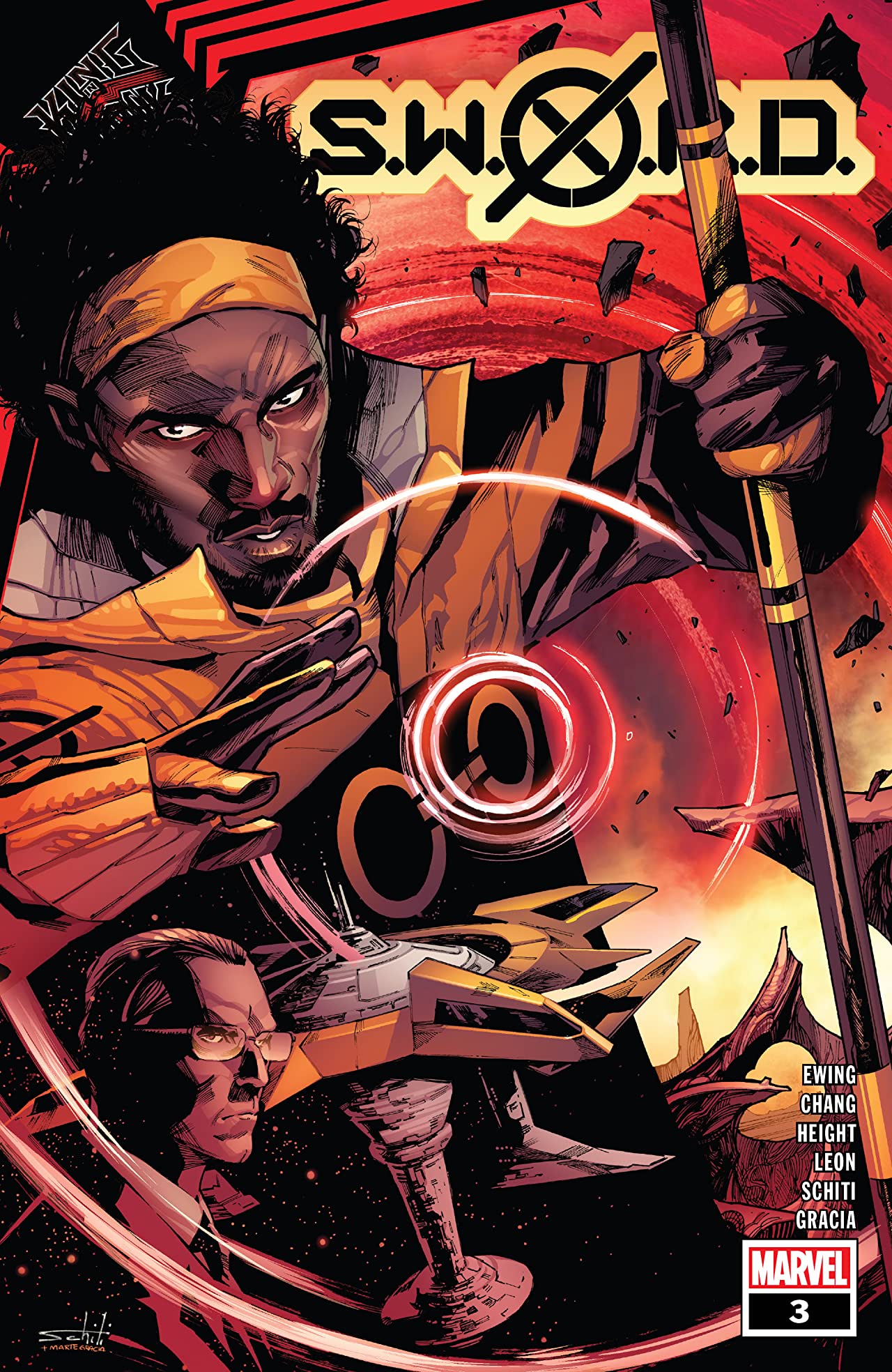 The latest issue of S.W.O.R.D. appears to serve multiple purposes with the King In Black event as the backdrop. Eden Fesi aka Manifold ventures out to search for allies to help solve the Knull problem back on Earth. Al Ewing has a great mind for dialogue as it relates to galactic diplomacy and the various motives of the different empires all across the stars.

Manifold’s political meeting was short lived but also effective in a dark comedy sort of way. Also, back among the Earthlings, we get a lot of insight into the humans mulling over how to respond to Krakoa’s growing power base. It’s telling that even during a global crisis that affects everyone, humanity is still actively plotting violence. And on top of all that, Ewing uses this issue to take a deeper look at Eden’s abilities and the meaning behind what he can do and why.

The artwork is shared between four different artists. The book almost feels broken up into Eden centered vignettes but the differences in art style aren’t so glaring that it becomes distracting. Valerio Schiti in particular has a wonderful knack for epic panels of mammoth objects in space. The way he implements Eden’s power within the narrative is simply gorgeous to look at.

Bottom Line: Ewing pulls no punches, continuing to distinguish SWORD from an already respectable line of X-Men comics and flesh out Manifold in unexplored ways while putting a couple of interesting plot lines into play that could potentially have important effects on the X-books to come.

8 Fake Australian Accents out of 10