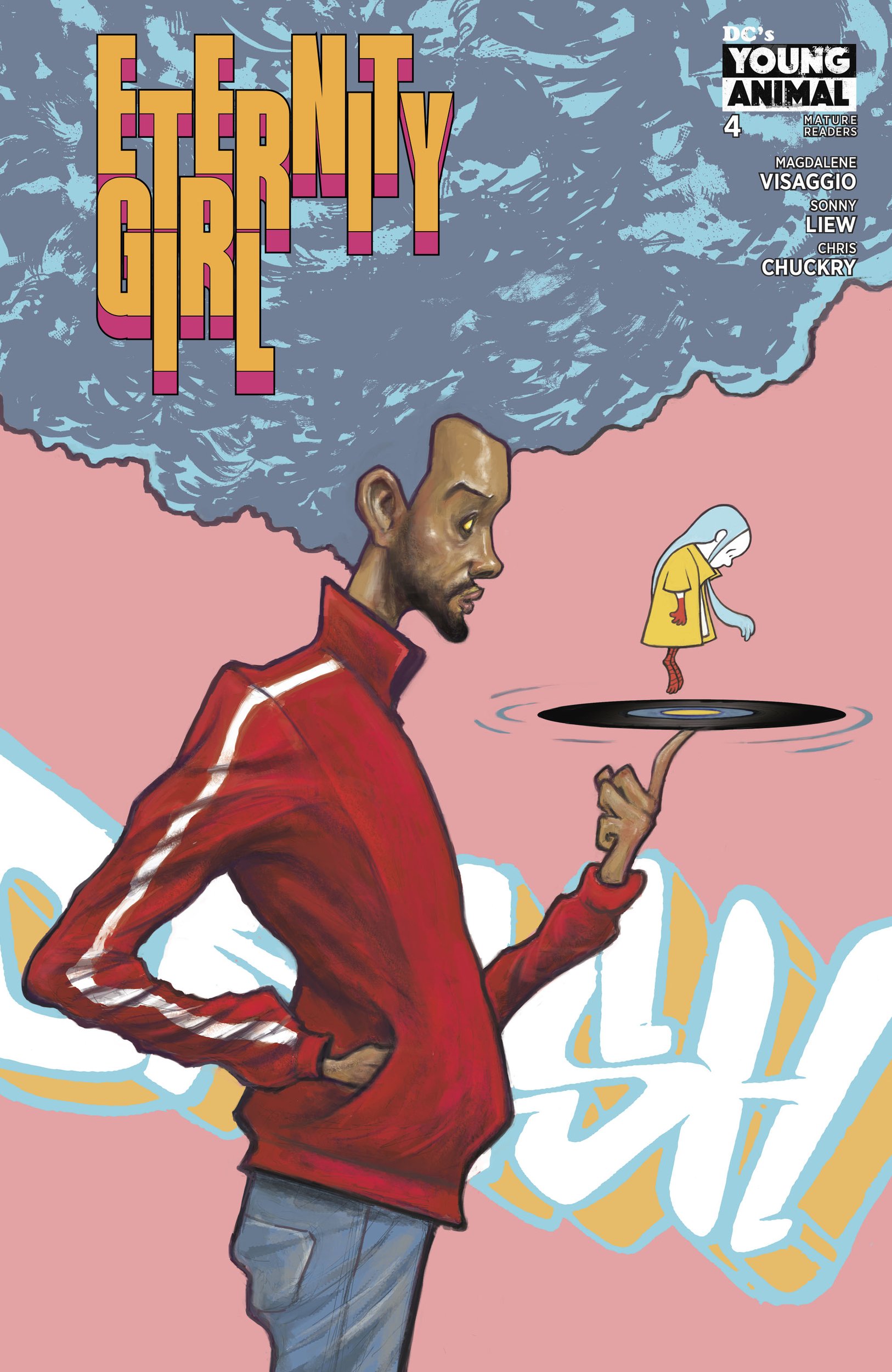 I think this may be my favorite single issue of comics that has come out this year. There have been some fantastic comics, but Eternity Girl #4 from a structural storytelling standpoint, from a technical construction point, literally every single aspect of this issue is wonderfully executed. I’m going to spend the rest of my review trying to articulate the virtuoso of Visaggo’s script and Liew’s artwork, but this is a comic that really needs to be experienced firsthand.

Eternity Girl exists in this off-beat universe that embraces quantum mechanics, music theory, and the general ennui of bureaucracy is such off-kilter ways. We open with a cosmic DJ trying to explain how to match up thousands of different songs and turning all that noise into something that can actually be made sense of. The story quickly pivots into Eternity Girl/Chrysalis/Caroline Sharp going through a series of iterations. 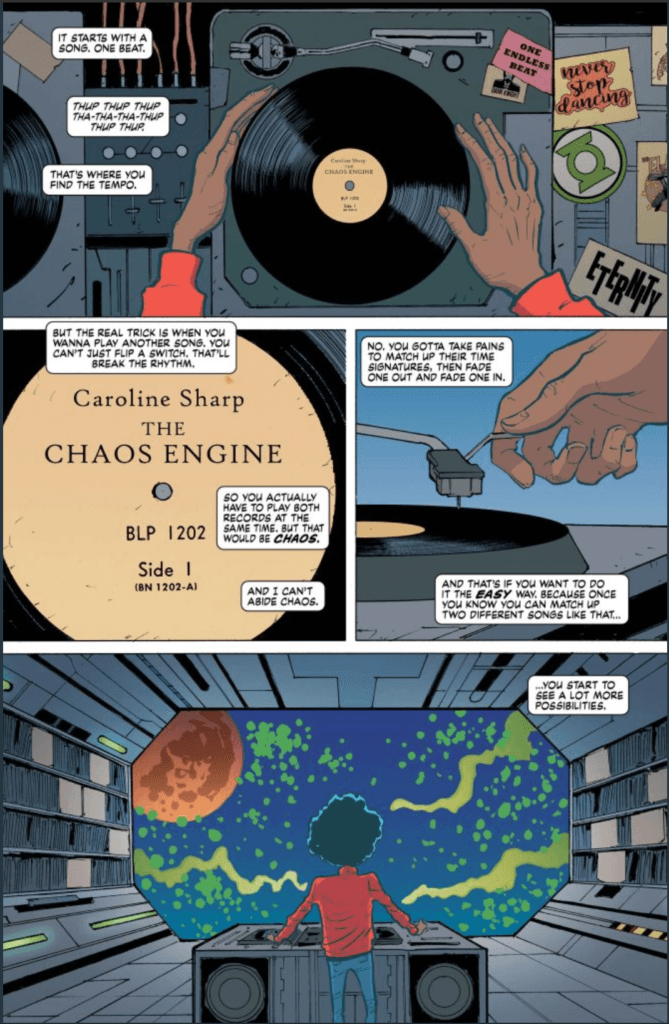 Now, I can’t go into detail about what an iteration entails because that would ruin half the fun. If you have been reading Eternity Girl, you probably have some sense of what will happen but you will be woefully underprepared for the mastery in which the storytelling mechanic is done.

What I can safely say is that Visaggio and Liew both get a chance to show off. They play off each other brilliantly and explore all sorts of weird spaces. There is a much-needed backstory that plays into the greater myth arc that they have been telling. There are genuine moments of fear and terror. There are exceedingly unnerving moments that still manage to drag out a laugh out despite the circumstances.

This is one of the finest examples of the comic craft that I think you could read. There is so much to love and so much to appreciate in this issue and makes me even more exciting for the last act.