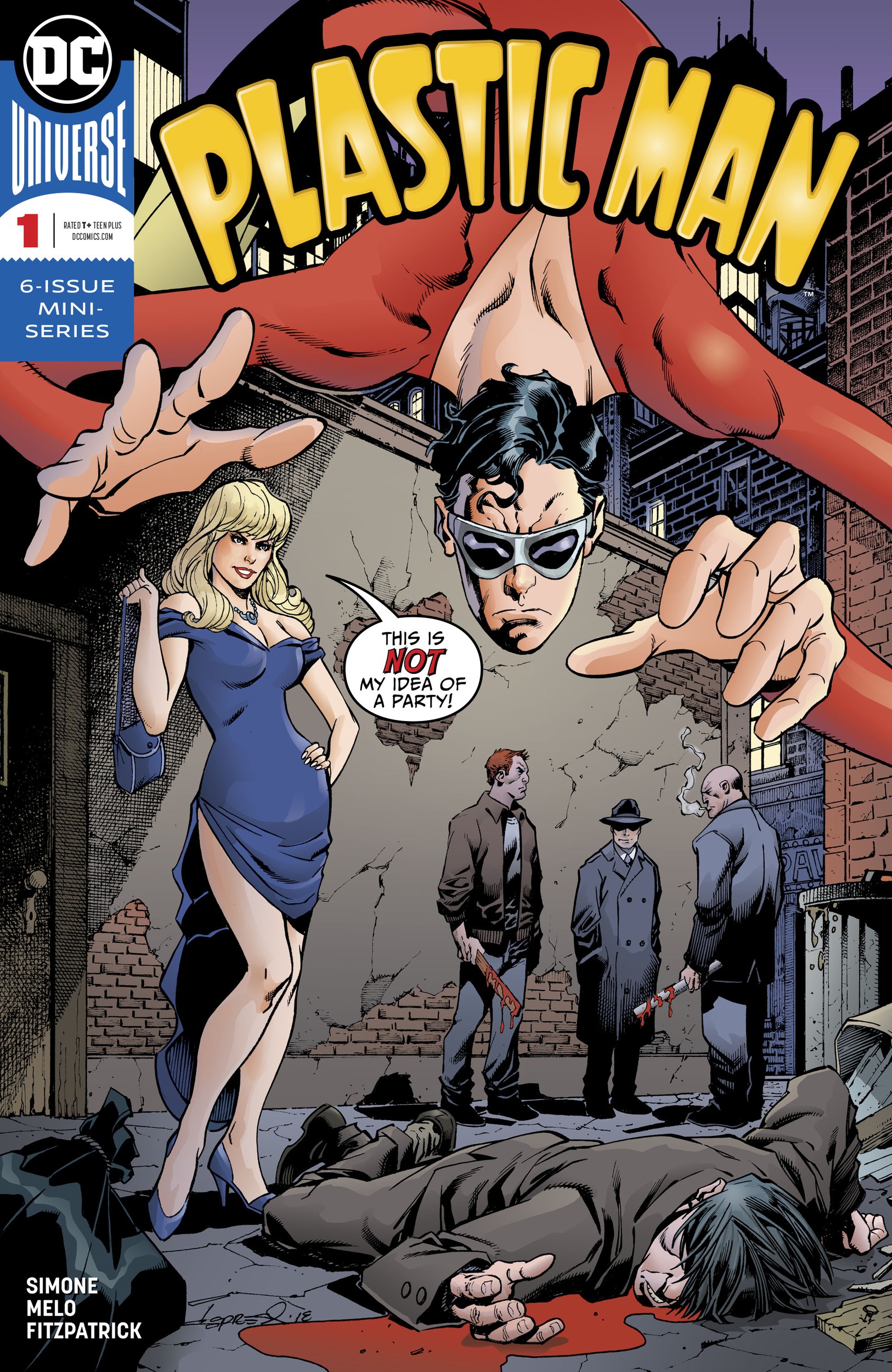 Eel O’Brian seems to be just as slimy as his aquatic namesake, and I honestly think I couldn’t love him more after reading this first issue. Plastic Man is an oddity within the DC Universe. His elasticity is a surprisingly versatile and potent power that makes him near impervious to both physical and mental attacks and Batman’s best plan is “hope he doesn’t turn evil,” and that’s coming from the man who has a contingency in place for literally every other villain and hero. Yet, Plastic Man is all wit, all jokes, all sight gags. He is raunchy and ridiculous, with a lackadaisical, laissez-faire attitude when it comes to fighting crimes. It’s bonkers, and I love it.

Gail Simone sets the proper expectations for the shenanigans that promptly ensue. Cole City has more classic gangsters than 1920’s New York City, and between the Transatlantic accent, fancy suits, and baseball bats, you got yourself the making of a fine mobster story. You sprinkle in the snark of Eel O’Brian calmly narrating as he gets his entire body caved before having a very brief conversation with a strange girl on the streets and immediately rebounding up into the skyline while singing Amazing Grace… well, you got yourself the making of a fine Plastic Man story. 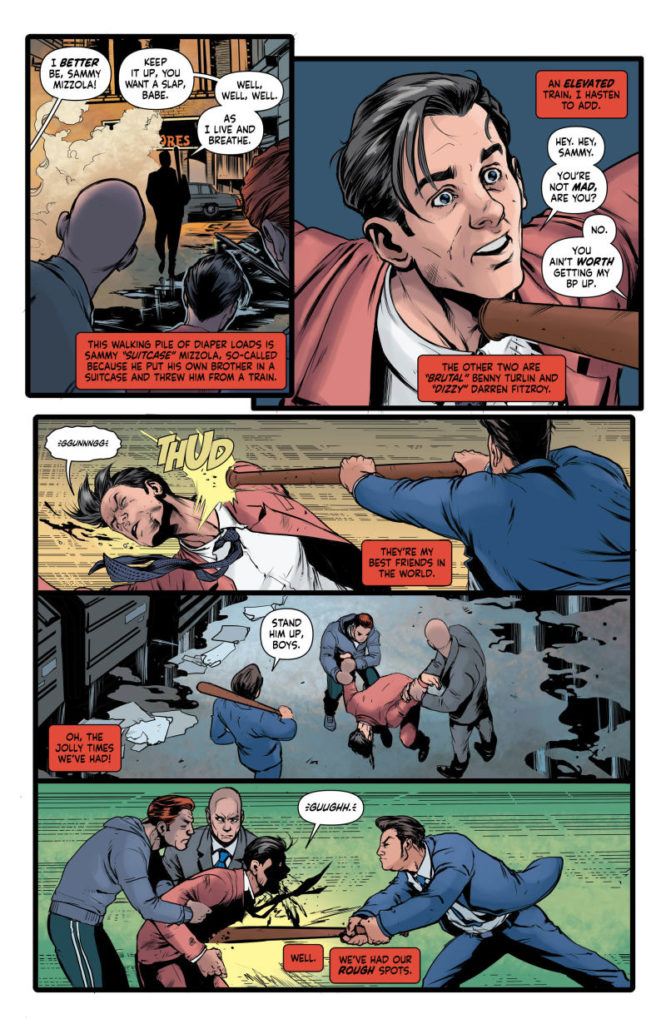 Adriana Melo’s art embraces the insanity of Simone’s script. Her depiction of Plastic Man is pitch-perfect; from his classic outfit to the multiple forms he shapeshifts into, including balls and Wonder Woman ripoffs. Melo also breathes a lot of life into the citizens of Cole City, capturing a film-noir esque vibe that pairs with the murder mystery.

Plastic Man #1 is part origin story, part whodunit, part mafia film. The script is hilarious, the visuals are pure eye-candy, and neither shies away from the horribly dark happenings of Cole City. This is an all-female creative team breathing new life into gleeful Plastic Man, and you should make it a point to pick it up this week.