I haven’t gotten into many horror graphic novels, but I’m glad I decided to check this one out. There is much to discuss about Eugenic‘s many layers. This story follows the response and after-effects of a virus that infects the Mississippi Delta, decimating the lives of millions of Americans.

Any story titled Eugenic is bound to teeter on the edge of groundbreaking progression and questionable ethics. A science favored by Nazis could only get you so far in this century — which is why I’m applauding the genius decision move to break this comic down into 3 time periods. Giving the readers a glance at critical points in the evolution of humanity in this world, this structure allows us to look at the macro scale of events in order to decipher how they all fit into the larger narrative. 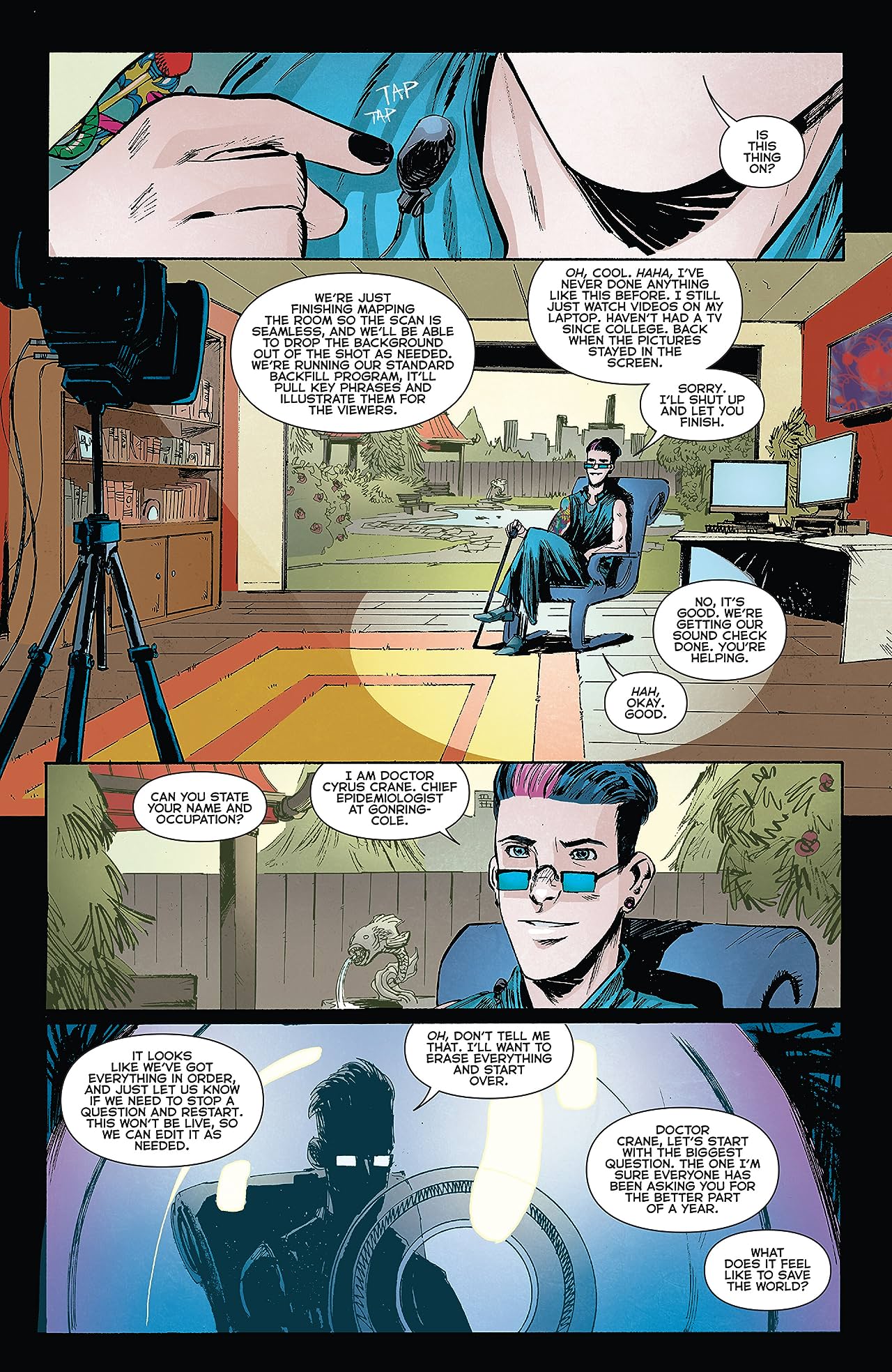 Though this could’ve easily been a tale about humanity’s ability to overcome an outbreak and survive as a species, Eugenic unveils its truth gradually. Once millions are eviscerated and the virus is contained, a solution is made when vaccines are created by Cyrus Crane at the Gonring Cole corporation. The miracle of life returns with the first natural births to occur in 15 years. This is where Eugenic truly begins. Crane and others had been unsuccessful for more than a decade, so the faintest glimmer of hope finally showed up in the form of his boss ordering the genius to produce results, no matter what the cost. Or to quote ‘ol boy, he “Didn’t care if every new baby had 4 fingers instead of 5!”

If you haven’t been able the read between the spoiler-less lines and make an educated guess based on the title of this book, Dr. Cyrus Crane decided to take matters into his own hands by take the best genetic traits of humans and create the dawn of a new man. A ‘numan’, if you will. Thus, Numans are born and Earth officially splits into two factions of creatures vying for the right to live free and prosper.

The second issue jumps to the year 224 A.E. (After Eugenics) and into Bekk’s rebellion where we get a very Soylent Green kind of vibe. After his beau did the unthinkable, Cyrus Crane’s ex-husband Samir did all he could to leave an inspirational mark on society. Rebekka and her band of revolutionaries are a product of his fight, and they provide the 20% of humans immune to the vaccine. They live in Pariah cities, but hold an enlightened look at what goes on behind the scenes of these perfected beings. 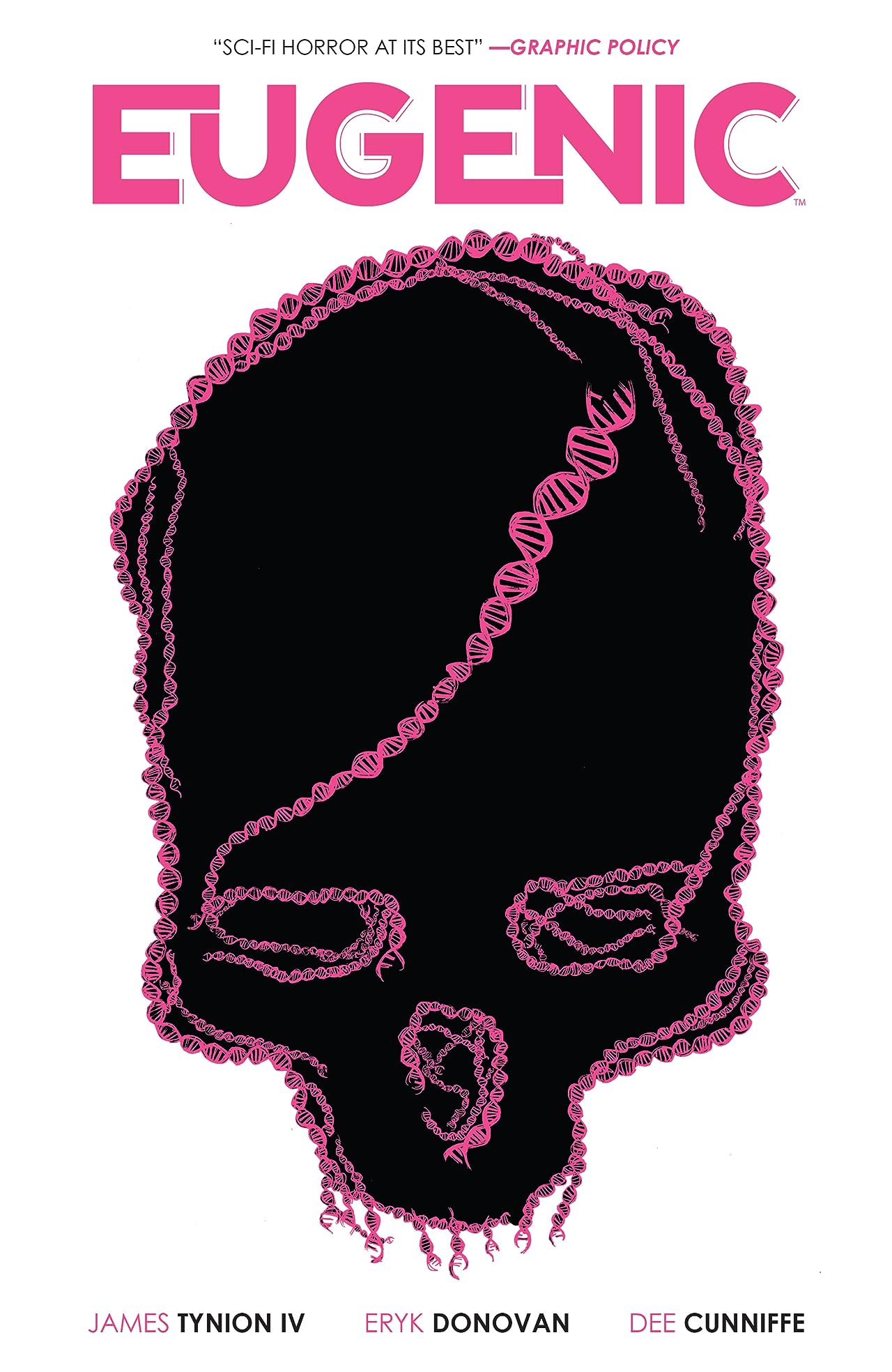 The final arc takes us to 449 A. E., finishing off with our first look at Numerica from the other side. Cyrus Clayton is one of the few Numans in the world that actually remembers what the world was like before their perfected creation. He’s also the sole worker at the only museum that tells the history of Humans. He spends his days entertaining his 2 customers a month (on a good month) and trying to help his buddy Reggie understand what racism was, with the help of classic lit that goes way over his head.

In retrospect, Eugenic is a dark but necessary tale that questions the lengths some go to in the name of humankind. I thoroughly enjoyed the horrifying ride Tynion, Donovan and Cunniffe took me on. All three volumes are available, or you can pick up the paperback that just dropped this month.