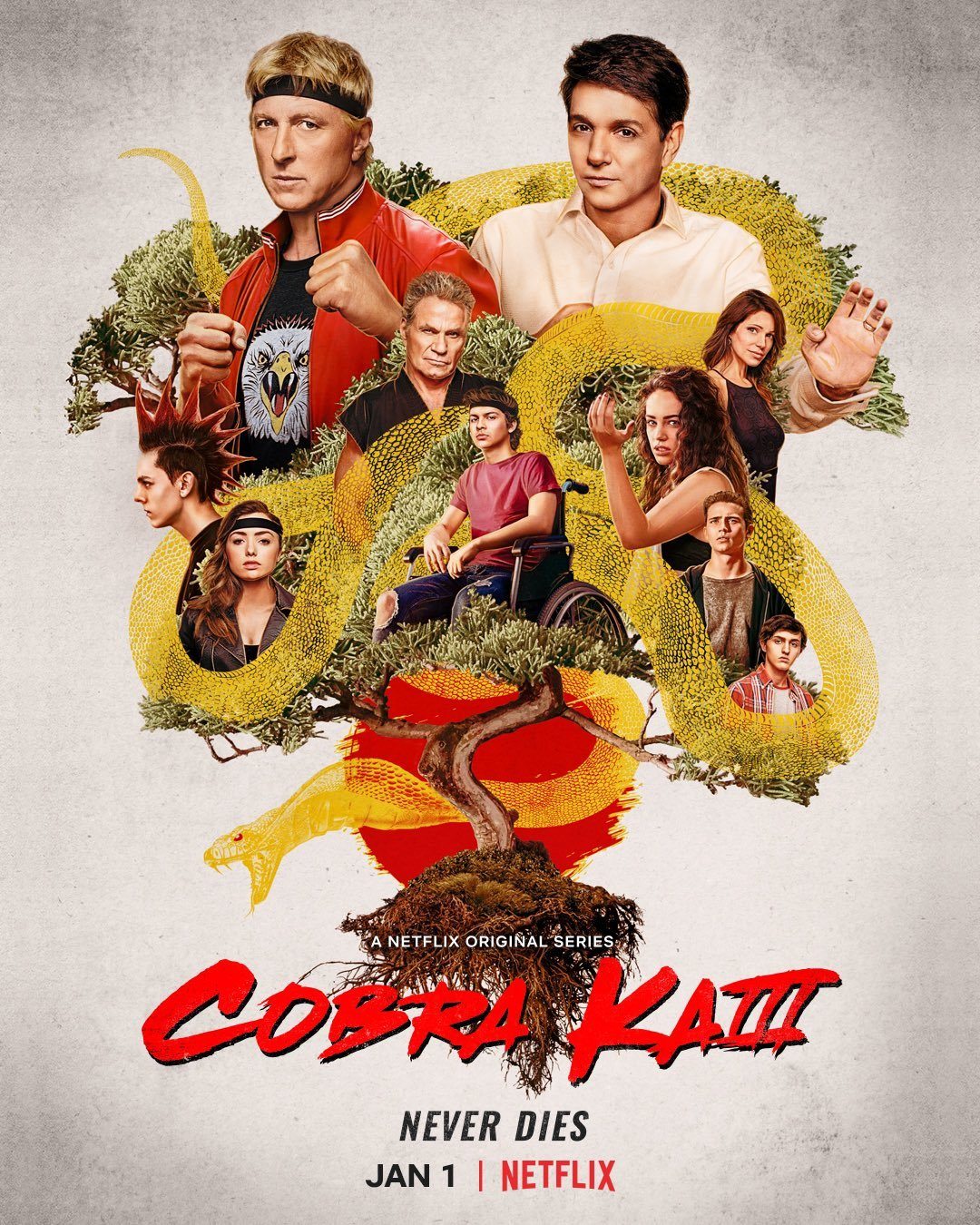 When it was first announced that Netflix had acquired the rights to Cobra Kai, I was absolutely ecstatic. I was one of the five and a half million viewers who watched the original pilot on YouTube on the first day it was released. I was one of the many who got a YouTubeRed (yeah, that’s how long ago the first season was) just to finish watching the first season. It was good enough that I kept my YouTube Premium account to watch the second season. After the brutality that was the ‘high school free-for-all’, I knew that there was going to be a third season and I knew I was going to watch that $#!% the moment it became available.

Crucially, the move from YouTube to Netflix meant that I could much more readily convince other people to watch this show on both my credentials as a journalist and the impassioned pleas of me being a complete nerd. As such, I do implore you to watch Cobra Kai, especially now that season three is dropping on New Year’s Day. It’s easily one of my favorite television series currently airing.

The third season of Cobra Kai picks up a couple of weeks after the season two finale and things are looking incredibly rough from the get. Johnny has reached yet another rock bottom after Robby (his actual son and Daniel’s student, played by Tanner Buchana) kicked Miguel, his student and adoptive son, off a balcony. Miguel (Xolo Maridueña) is still in a coma from the aforementioned fall. Robby’s on the run. Sam’s (Mary Mouser) traumatized from her skirmish with Tory (Peyton List). Daniel and Amanda are struggling with all the ‘every LaRusso’s name getting dragged through the mud’. Crucially, John Kreese (Martin Kove) is not only back, but also an omnipresent and corrupting influence in the Valley. Everyone has a litany of scars and regrets, and everyone is forced to reckon with their past and what it means for the future.

At its core, Cobra Kai is essentially an intergenerational high school drama that heavily features karate. While Johnny Lawrence and Daniel LaRusso are principal figures and characters, the narrative is largely arranged such that we constantly see the impact of their rivalry and histories on the current generation. It is a constantly cascading narrative and we see how everyone’s worldview is included in this never-ending conversation. If there is one thing that the Cobra Kai and the rest of The Karate Kid extended universe have done well is showcase martial arts. The fight choreography remains on brand and on point and the series interweaves its wonderful combat into the narrative well and sensibly.

So the question then becomes, how do the aspects of “intergenerational”, “high school”, and “drama” mesh together? My answer, “mostly well.” As a whole, I enjoyed the third season and loved being able to dive back into the world. I consumed the episodes the moment they were available and holistically, I think it was a very strong season that sets up the announced season four exceedingly well.

However, it is unfortunately very clear that Josh Heald, Jon Hurwitz, Hayden Schlossberg are straight white men. And make no mistake, this was evident in season one and a bit more evident in season two, but season three holds in it several decisions that make it impossible to ignore. Starting with the fact that Aisha Robinson (Nichole Brown) was written off the show. Now does it make perfect narrative sense for her to transfer schools given the brawl? Yes, yes it does.

Does the narrative justification outweigh the fact that with the loss of their one central Black woman character, the main cast is overwhelmingly white? No. Is this compounded by the fact that the majority of the characters of color are literal background characters with next to no dialog and that out of the few that do get dialog, more are blatantly antagonistic and cartoonish than not? No. Does it help that the villainous white leads are given humanizing backstory? That’s the series’ M.O., so your mileage may vary on that one. Are there exceptions to all of the above and are they done well enough to offset what could have been and should have been handled better? Of course and… kind of?

One of the best creative decisions of the show this season was having Daniel-san reconnect with Kumiko (Tamlyn Tomita) and Chozen (Yuji Okumoto). I do not want to give any details about the reunion lest I spoil the experience. What I can say is that it’s genuinely one of the highlights of the entire franchise, both the series and the movies, as a whole. The creators have a clear appreciation for the source material and a deft handle of meta-references and the overarching structure of the story. It shows with the intentional context of folding back Tomita and Okumoto – it’s inspiring. It’s just that the creators also happen to have some major blind spots.

Setting aside the lacking of consideration of how they handled characters of color, there is also some sexualization of the high school girls that occurs in the first few episodes that felt very weird. To the point of being out of sync with the rest of the series’ tone. Indeed, this was lampshaded and partially addressed, but I was mostly glad when it stopped completely.

As an intergenerational drama, I find the show fascinating. As a high school drama, I find it less so. Cobra Kai works the best when it’s allowed to show Daniel and Johnny trying to process their rivalry and baggage and helping the next generation be better than they were in high school (which is to say, they were kinda trash humans). The series falters when it leans on the “teens do irrationally stupid things for the sake of it” trope too heavily. A part of me gets it: kids do stupid things. But the exact type of stupid things the kids decide is honestly frustrating at times.

Although, I will also say that the adults in the series aren’t immune from this treatment either. Especially given the hilariously willful ignorance that a variety of the tertiary authority figures seemingly embrace at the drop of a dime. The responses of various characters jump ropes with realism and farce.

Writing woes aside, the acting this season is top notch. Martin Kove’s John Kreese remains the same charismatic bastard you remember from the late 80’s. Ralph Macchio and Billy Zabka remain in top notch form.  Johnny is still not a good human being, although he is trying. Which counts for a little. Not a lot, but a little. There’s some great performances within some questionable staged scenes from the teenage cast, and I personally really enjoyed Amanda’s (Courtney Henggeler) more active participation in the series.

The cinematography and music are also stellar. The camera work is fantastic, and while there are a couple of transitions that are a little on the nose (again, mostly just in the early episodes), everything flows well and remains a visually engrossing series to watch. This is especially true in the fight scenes that retain (and at times raise) the bar on the physicality and brutality this modern entry of the franchise takes. When the camera focuses on a clenched fist and the music swells, you know you’re in for a good time.

Cobra Kai Season three ultimately takes cues from both The Karate Kid 2 (a more in-depth exploration of thematic reasons why one practices martial arts than either of its predecessors) and The Karate Kid 3 (seemingly feeling like a more direct sequel to season one in a couple ways, most pertinently the return to the school setting although there are other analogs that become more apparent as the season goes on). I still very much adore this series, and the seasonal highs had me in tears and the seasonal lows had me blinking straight into the imaginary camera wondering how exactly we got to that particular point.

At the end of the day, my evaluation reduces down to three simple things. One: immediately after finishing season three, I rewatched it despite all of my qualms. Two: I desperately want to know when to expect season four. Three: COBRA KAI NEVER DIES.