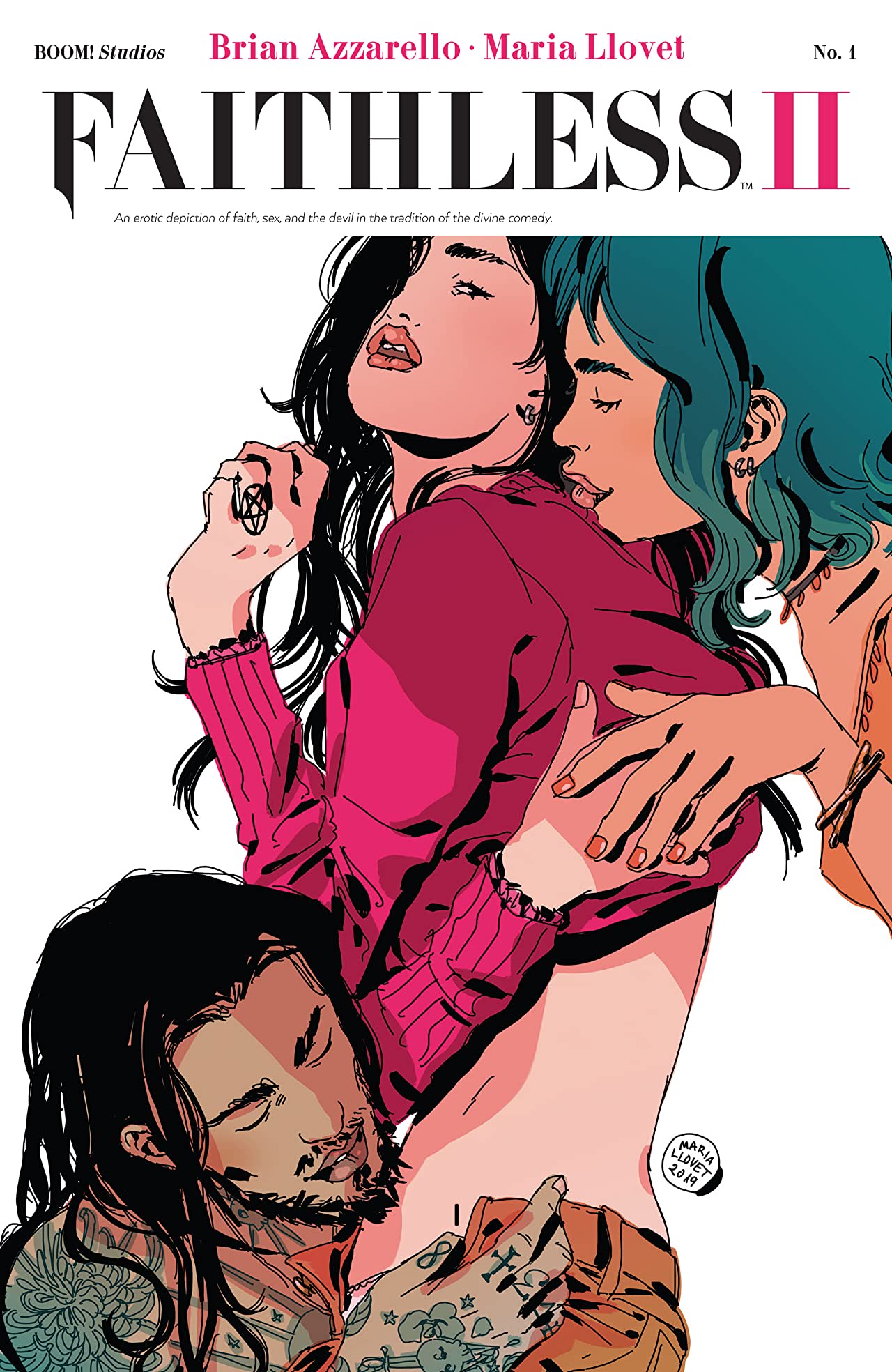 We talked about Faithless, Vol. 1 and we talked with Maria Llovet, so now it’s time to dive into Faithless II, the second chapter in Faith’s journey and interactions with hellspawn. It’s interesting that this is branded as Faithless II, rather than say “Faithless #7”, but at the same time, the bones of the story do feel distinct from its predecessors. Where as Faithless was characterized by a slow indoctrination into the occult, Faithless II starts out the gate much faster with a much clearer focus in the narrative. Namely: Faith is now an artist full time and has to deal with the requisite tasks of being a high profile artist. 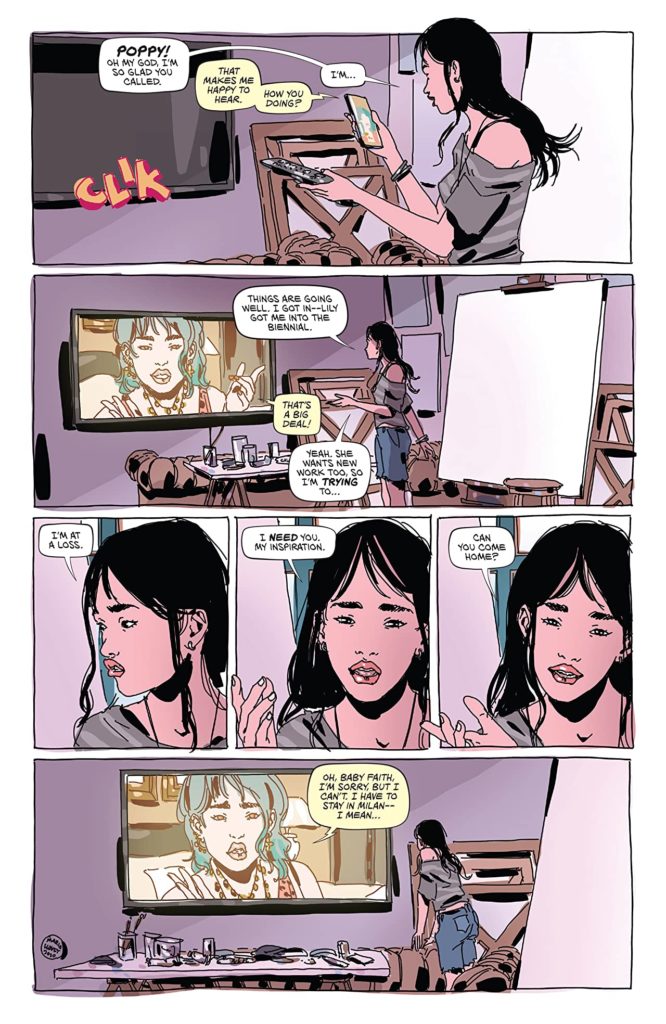 In many surprising ways, Faithless II does actually feel like a decent entry point into the universe. While the contextual information of how Faith managed to find herself in this precarious position helps, Faithless II also just manages to set up the status quo within the open prelude. It’s about Faith, sex, and the occult. I still recommend reading the first volume, but this is a rare sequel that does manage to stand on its own ground.

A large part of that is Llovet’s beautiful artistry that helps with the storytelling immensely. The different postures that Faith assumes in different company, the seamless combination of hell-ish imagery into your typical cityscape, the sensual nature of both quieter and louder moments: all culminate in a story that essentially tracks without the text. Which is a worthy accomplishment of both Llovet’s visuals and Azarello knowing when to let the art speak for itself.

Azarello’s quick wit and banter is captivating and mostly well paced. Some of the jokes don’t quite land for me, but at the same time, Azarello does manage to provide some poignant insights into the creative process and how we rely on other people, for better and for worse. Faith’s artistic endeavors feel familiar and provide a coherent foundation for this chapter. 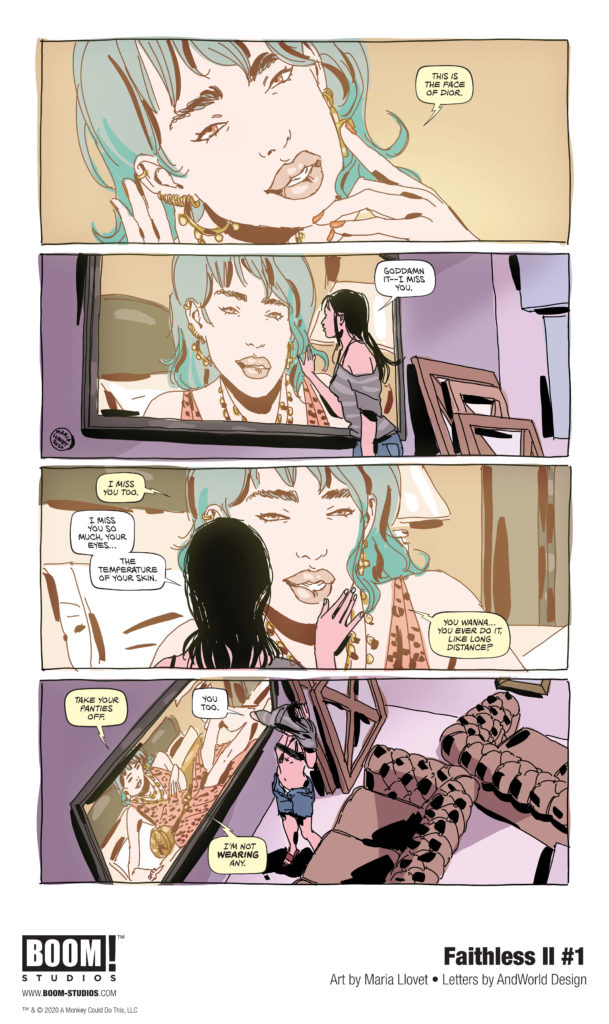 All in all, if you’re in the market for some niche, devil-centric, comic erotica, Faithless II #1 very much fits the bill. It is beautifully executed, unburdened from having to get all of the characters in position, and able to captivate more readily and easily between the beautiful artwork and solid text.

And I know it’s unconventional to include some text after the score, but I’d be remiss if I didn’t share the beautiful alternative cover from Kris Anka. 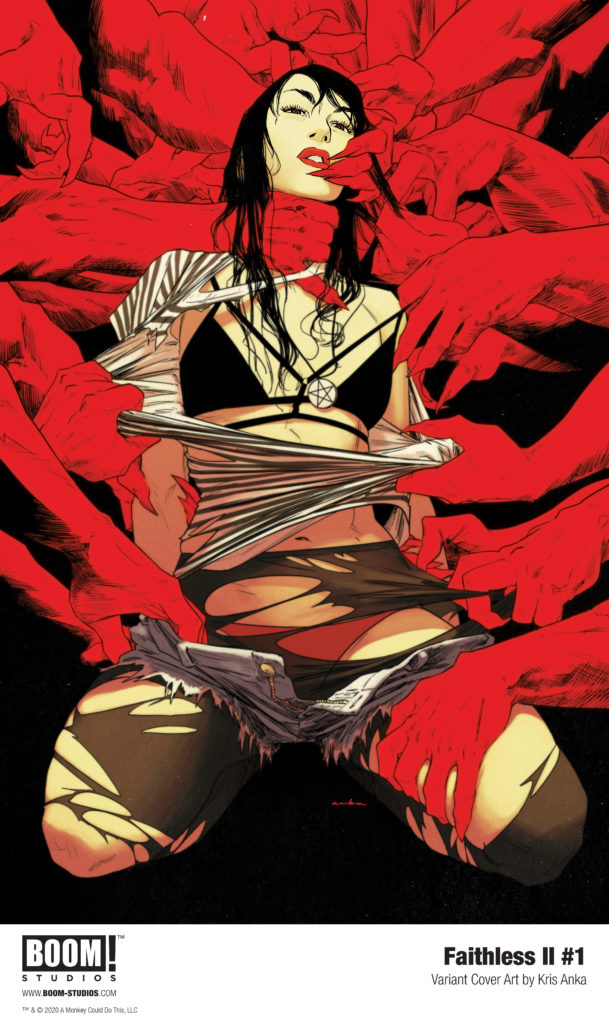