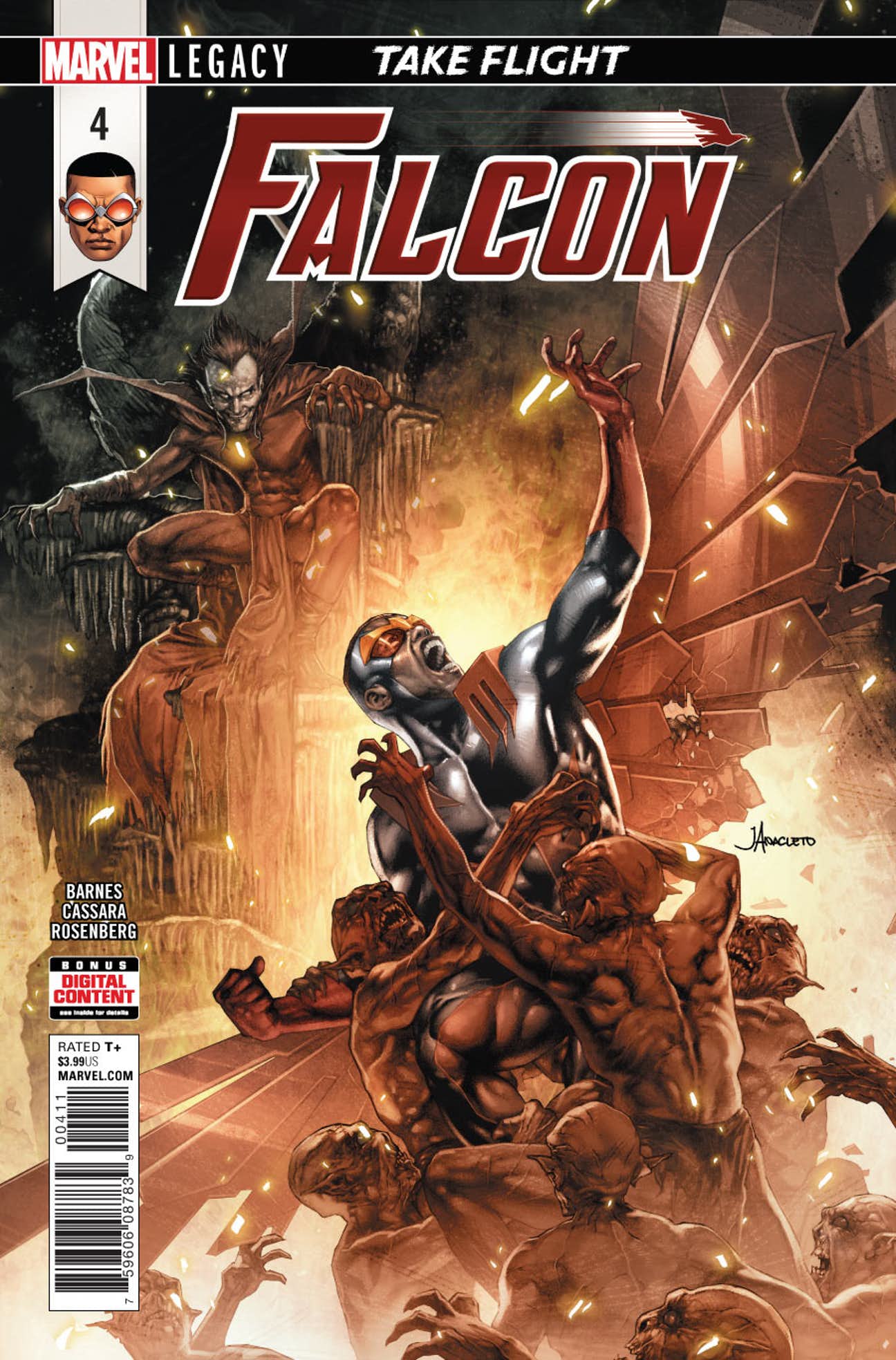 After a trio of somewhat underwhelming issues, Falcon #4 is the strongest issue of the series. It brought us back to the moving introspection that made Sam Wilson such an endearing character when his story was in the hands of Nick Spencer. Part of this is due to the story mostly focusing on the mystic instead of struggling to tell a story about both the mystic arts and street crime.

It also featured the appearance of several supporting characters to add fresh voices to the story, including one that I’ve been waiting for, Joaquin Torres. So I was as happy as a camper with a bag full of Haribo gummy bears.

Falcon #4 picks up with Sam Wilson’s soul being trapped in hell after it was separated from his body by Blackheart, Mephisto’s troubled child, “and, considering that [he’s] Lord of the Dark Realm, that’s saying a lot.” In hell, he’s greeted by Matt Hawk, a.k.a. The Two-Gun Kid, a.k.a. a C-level character from the deep reaches of Marvel lore. 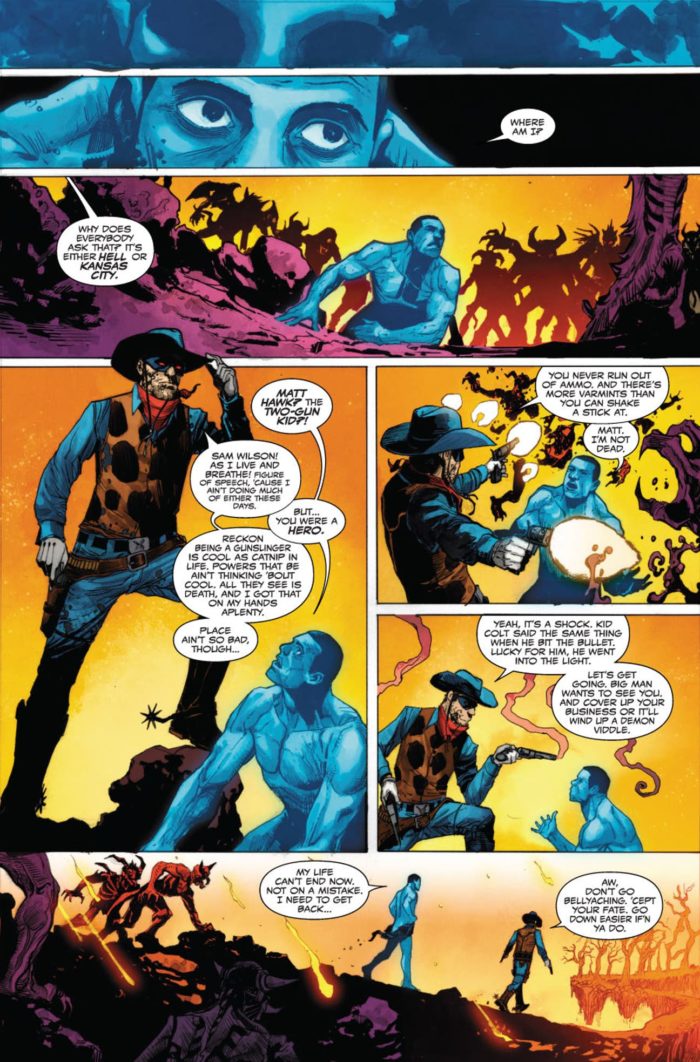 Back on the surface, Sam’s new sidekick Patriot is in far over his head trying to find a solution to Sam’s catatonic state and the full-on gang war that’s looming in Chicago’s streets below. Fortunately, his mom—who was WAY too calm, if you ask me—hits him with the bright idea to call in the big guns, Cap’s former *cough* and superior *cough* sidekick.

Joaquin and Patriot work together with Doctor Voodoo to find a way to communicate with Sam who’s in hell fighting all of his own personal demons and finally moving past the burdens that have afflicted him for years now. It was a very important moment of growth.

The art is strong in this issue, which means that the many pages devoted to the Dark Realm do a great job depicting Marvel’s own version of hell. With a throne sitting on a pile of skulls and a Klansmen and [possible? I don’t want to presume too much] pimp paying for their misdeeds in the most ironic ways imaginable.

Following the formula of poignant emotional development, a clear-cut conflict, and a depth of a supporting cast appear to be the winner with Sam Wilson stories. As long as Barnes sticks close to that, outside of the obvious experimentation for the sake of growth, this series should be fine.

Reading Falcon? Find BNP’s other reviews of the series here.