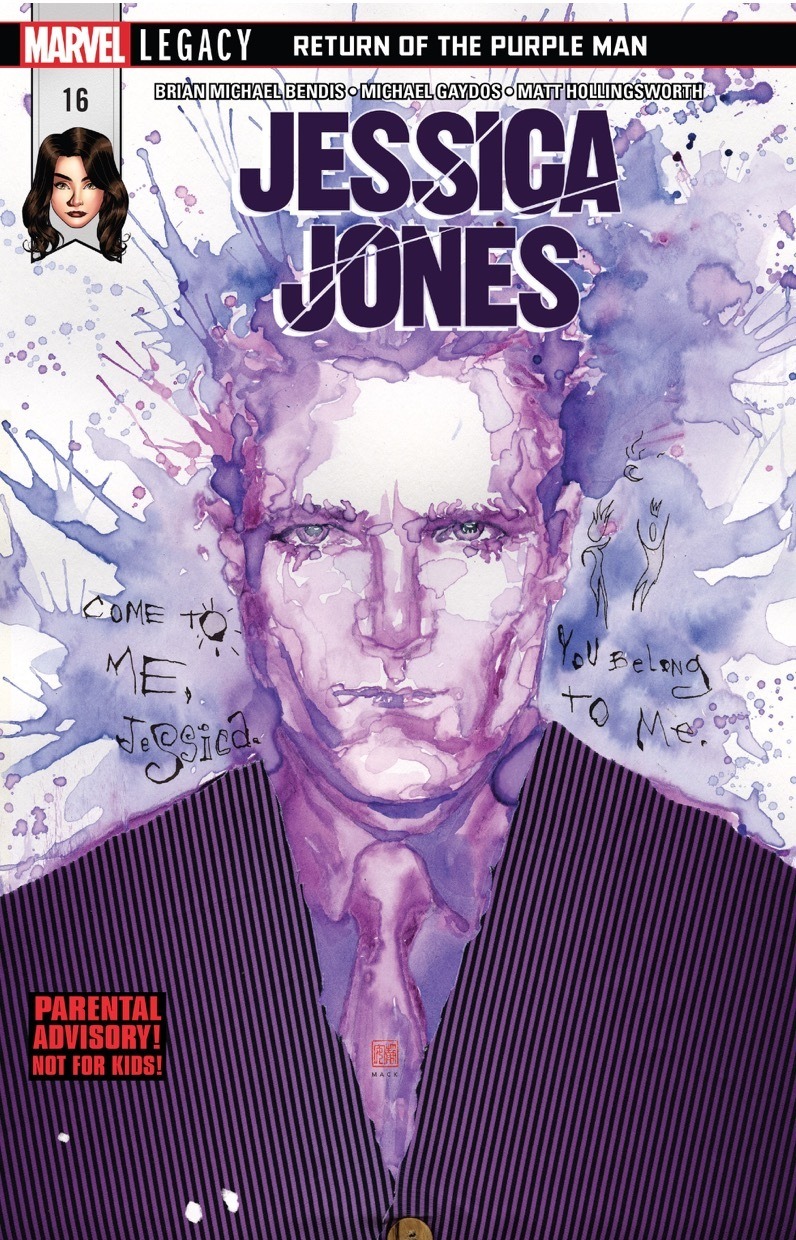 I must be getting softer because Jessica Jones #16, the height of Return of the Purple Man, had me emotional. Being privy to Jessica Jones’ inner thoughts feels like such a privilege with someone as guarded, as terse as her, the type to keep her sincerest feelings hidden but willing to be open with herself in her bleakest moments. Here we’re invited to see Jessica Jones at her most vulnerable, standing in opposition of her best friend who is possessed by her worst enemy, and then facing the threat of her own death and the thought of leaving behind her lover and child. 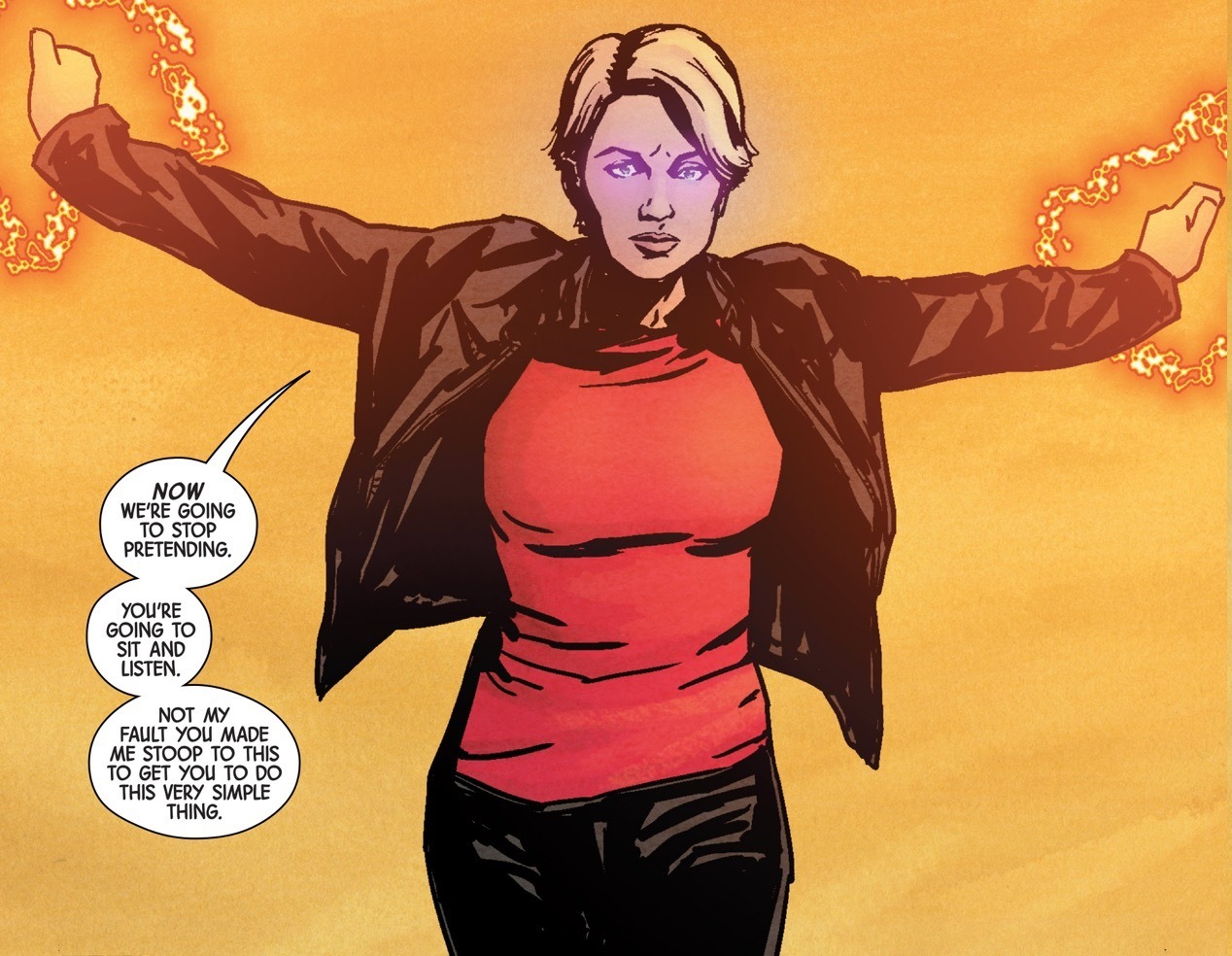 Surprisingly compelling too is Killgrave himself, as he kidnaps Jessica – no surprise there – though not just to torture her as usual, but to ask her what he is. Is he a god? Is he something else? The fact that she is the only person who he trusts is, in its own twisted way, a beautiful moment. As beautiful a moment as a selfishly evil person can have, at least. This whole issue balances Killgrave’s immortality and search for self-identity with Jessica’s acceptance of her own death and everything she is going to leave behind. 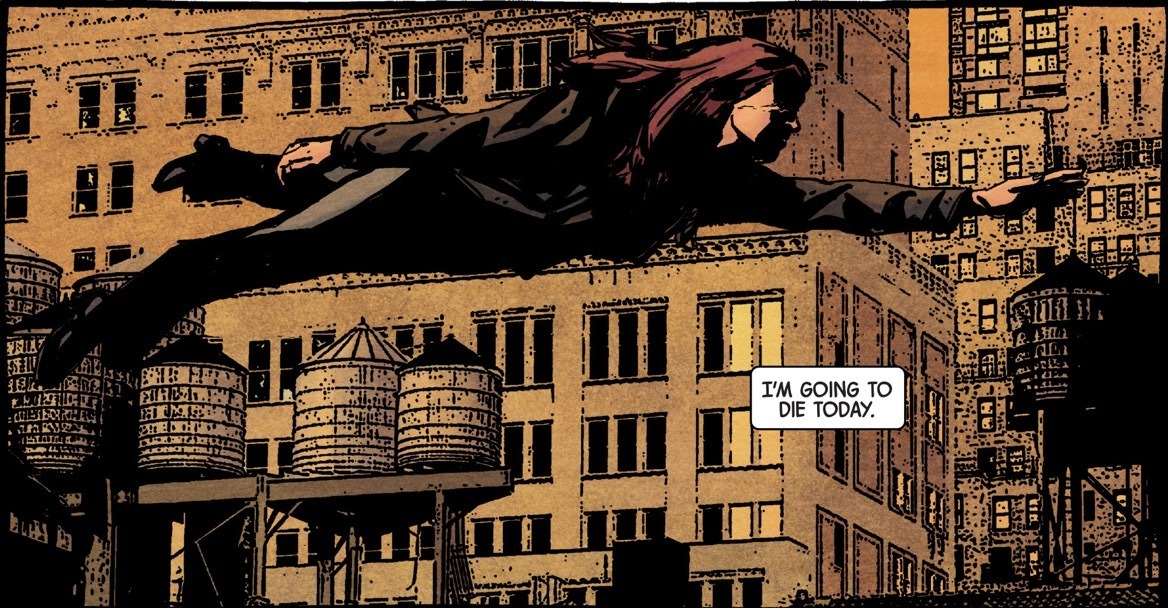 With a bottle still ever present in her hand, we have never seen Jessica Jones value life like this. It makes for a great emotional payoff for the often snarky, mercurial character and her longstanding struggle to pull her shit together and have a stable life. She indeed does – and has had for a while now – a lot to love, look forward to, and potentially lose.

Artistically, continual close-ups capture the emotion of conversations for most of the issue. This isn’t an action-packed one, there isn’t a physical showdown where Jessica fights with the animated shell of Carol Danvers, but Jessica facing Killgrave and her own mortality is more than enough. Overall, you want to read this. Period.