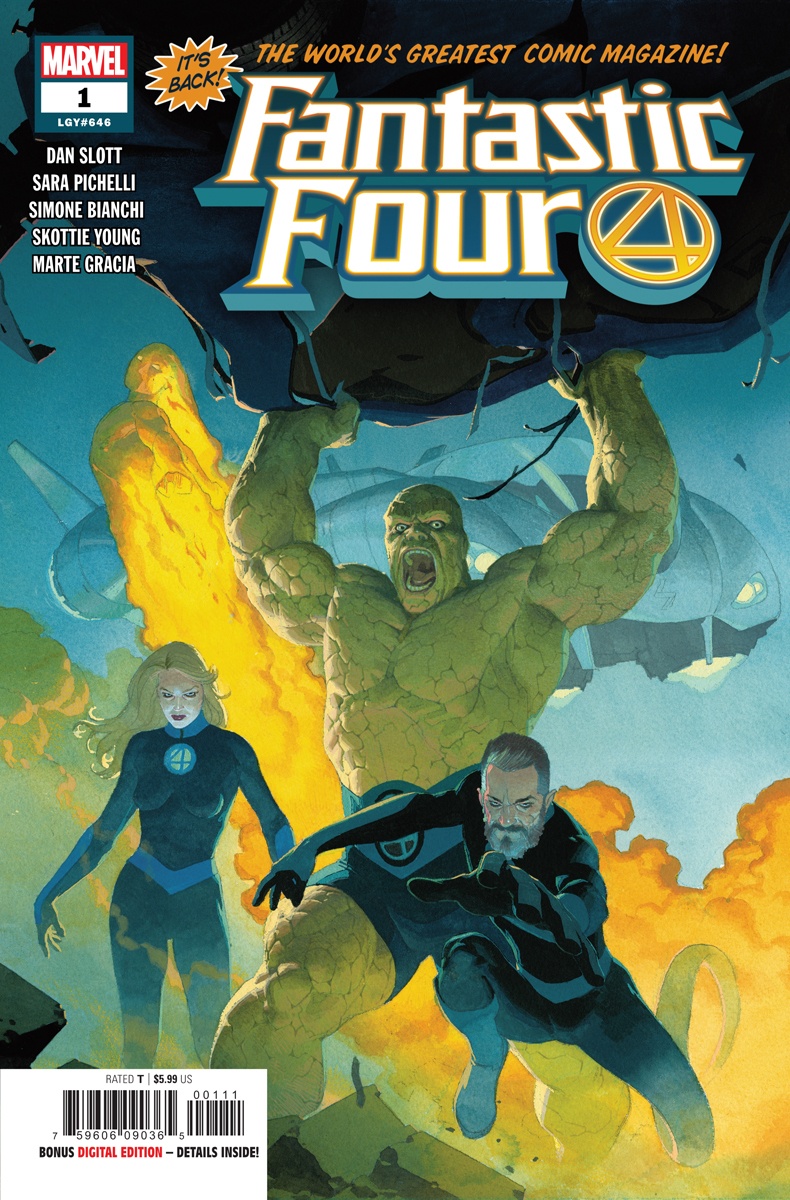 As much as I love comics (I write them, after all), I can admit the big names in the industry don’t always get things right. I know this to be no truer than in the case of Marvel going four years without a Fantastic Four book in their arsenal. Marvel’s First Family is as integral to the legacy of the company as LL Cool J has been to Def Jam. Fortunately, it’s never too late to “mea culpa” which is why we have the FF finally returning to the shelves where they belong.

However, issue #1 makes it clear that Clobbering Time isn’t going to come right away. Dan Slott, a great choice to write this book, opens his story up on sort of a sad note. Ben Grimm and Johnny Storm are adjusting and, in many ways, not adjusting to life without the Richards family. Ben is very fixed on trying to move forward to the possibility of better days. Johnny, on the other hand, is looking back. The whole thing plays out a lot like the season premiere of a long gone primetime dramedy. And honestly, it should since family dynamic has always been at the core of the FF’s allure. 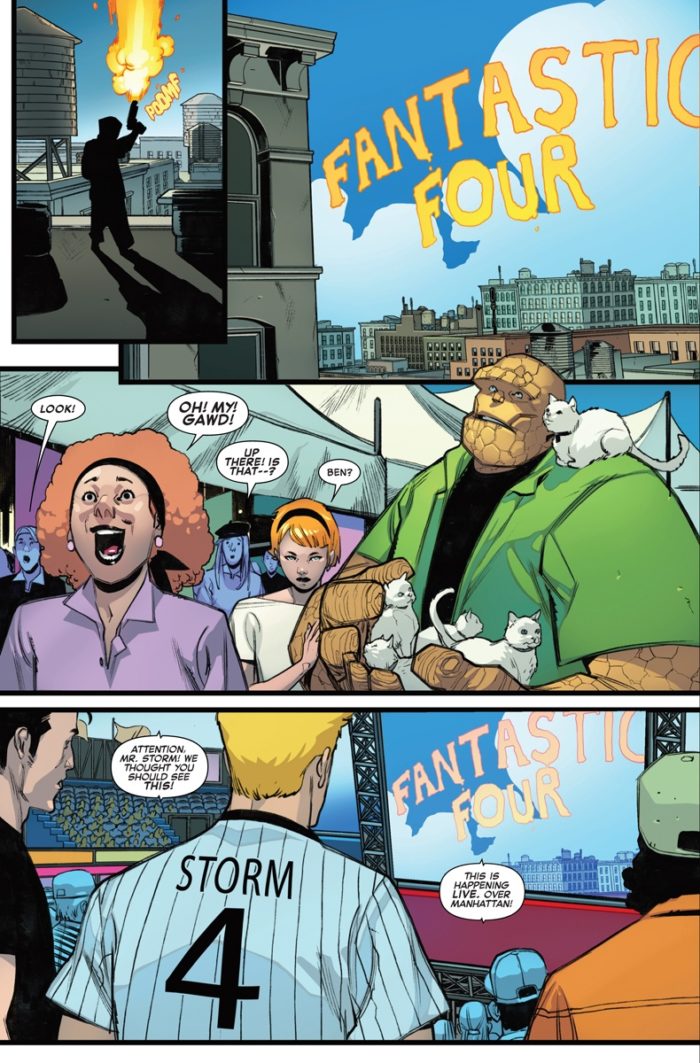 There’s a deep reservoir of heart in this first issue and it works well. Miles Morales co-creator, Sara Pichelli was an inspired choice for the artwork on this book. Johnny in torch mode is easily one of the best visual delights without question. She really captures the odd, sci-fi quality of his powers in moments of exposition which Slott’s script has an abundance of. Pichelli also gets major props for crafting super expressive faces for Ben. I can’t wait to see what she does when the scripts introduce more of the sci-fi aspects that come part and parcel with a FF story.

8 Underrated Chris Evans performances out of 10