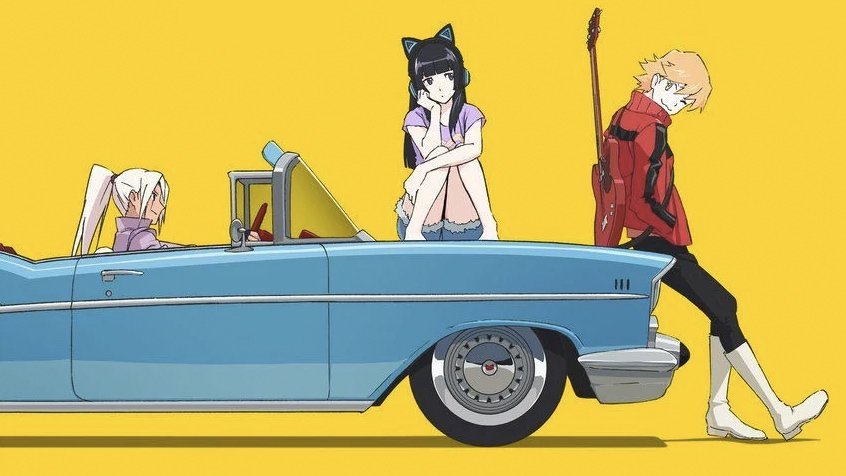 FLCL takes the scenic route this week and really slows things down in episode 3: “Skipping Stones.” While FLCL still has its very peculiar brand of weirdness, this episode gets pretty mundane and unoriginal with our obligatory anime beach episode. Even with that, it still remains true to itself and we start getting an actual plot to this season.

Jinyu and Haruko seem to have a truce going on while everyone goes to enjoy a relaxing day at the beach. Haruko flirts with the boys while Hidomi sits with Jinyu, being antisocial. We get clues (and later see) Hidomi does really want to join everyone and have fun, but it’s hard for her to open up. As Jinyu and Hidomi converse, we get some little nuggets of knowledge about what her and Haruko are after, “an amazing person.” This hints that she is still after the power of the Pirate King. There’s also a hint of them being more alike then they know — possibly being a single, united person at one time like I’ve been thinking — but we still don’t know. 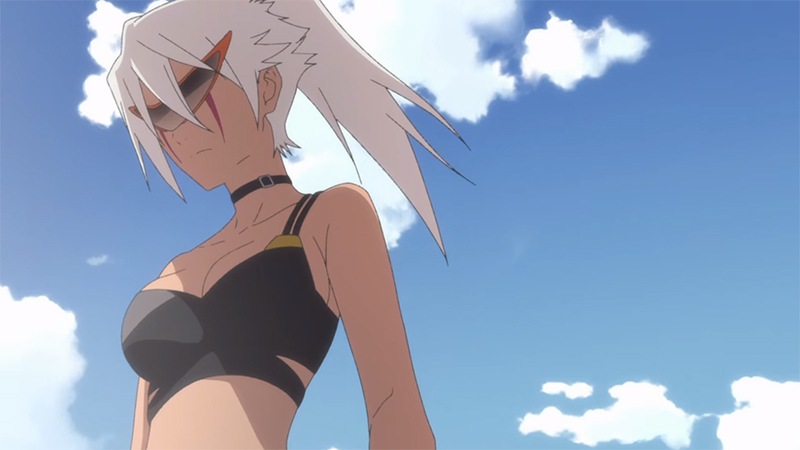 We also get a side story of Mori (skirt boy) inviting everyone to meet his girlfriend Aiko. She’s quiet, shy, soft spoken, and carries around an emotional support plant. Basically, she’s the traditional Hinata type character… until we found out it was all an act, and Mori hired her for the day. It’s a weird side plot that I didn’t see the use for until she gets home, and we see a man who might be Amarao (the eyebrow man) from the first season. Apparently the plant is also important for some reason but still, it all felt very unnecessary. 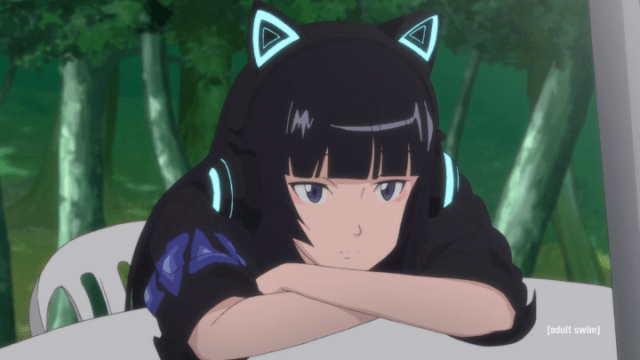 We get a showdown at a Medical Mechanical factory (those iron-looking buildings) when Haruko kidnaps Hidomi to make her “overflow.” Ide comes to save her, but during the fight his shirtless chest accidentally bumps into Hidomi. She ends up “overflowing”, and releases a giant metal monster. With the help of Jinyu, Ide is able to reach Hidomi and free her. This inadvertently causes the headphones she always wears to drill into her skull and lock in. Haruko and Jinyu decide to team up to free her. Though each has separate reasons for wanting to help, they agree they both have a common enemy: Medical Mechanical. 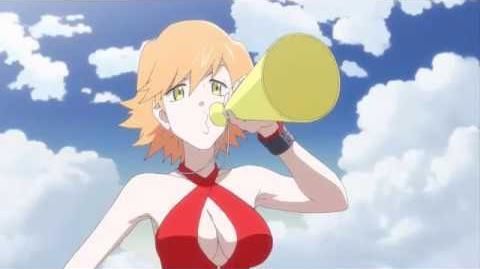 This episode was certainly the weakest one so far this season. It still had some great moments like Jinyu encased in cement for half the episode and still carrying on serious conversations, but overall this episode could have been a lot tighter. We did get a tease as to the end goal for this season though, which will hopefully kick in by the next episode. If this is the weakest episode, then it will still be a great season.