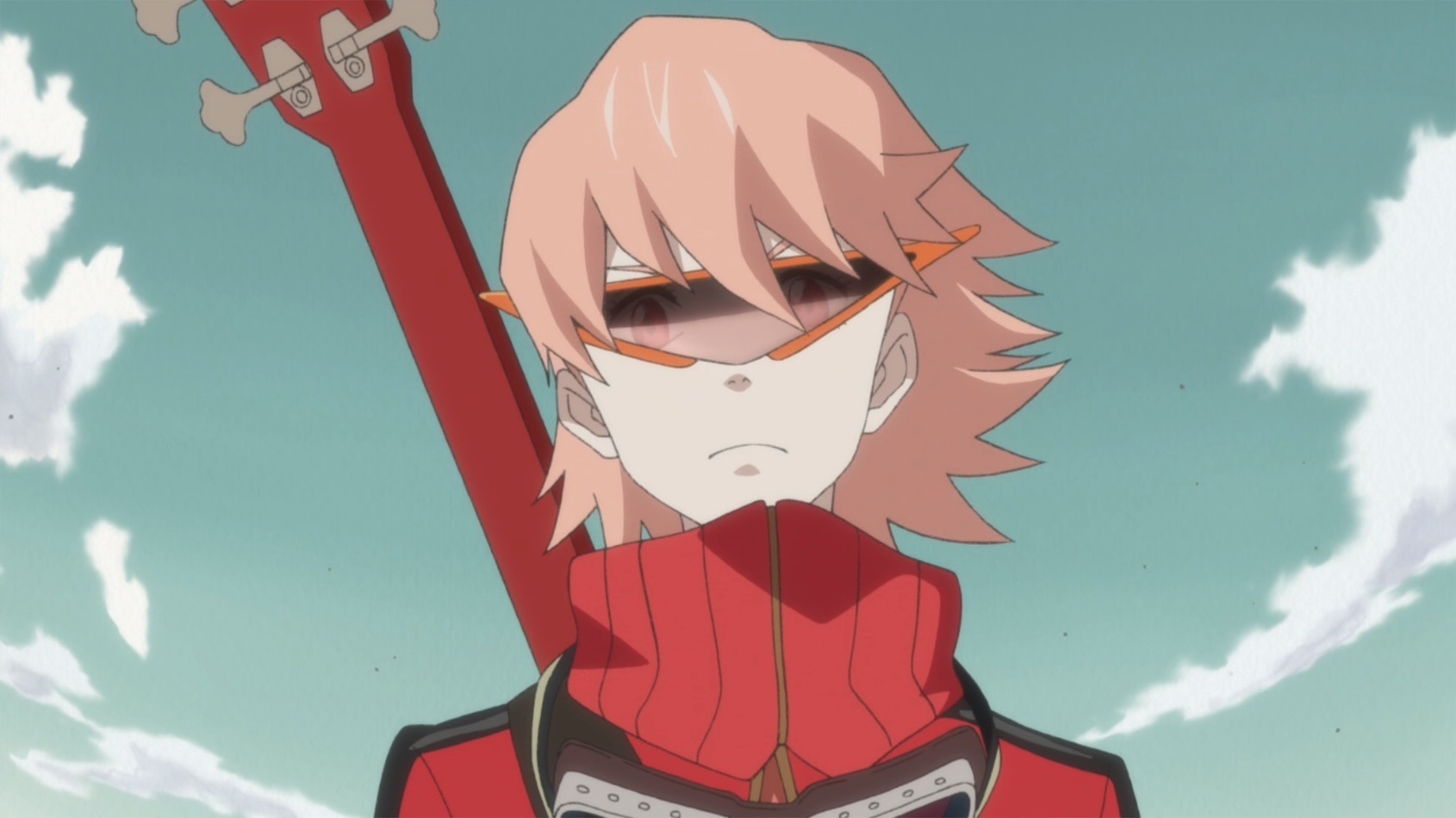 Personality changes, team ups, betrayal, and Jesus Canti. There’s a lot to unpack in episode 4, “LoopQR”; but it is definitely worth getting a good look at the destination this wild and crazy journey is taking us to.

The episode opens with Hidomi not acting like her normal self. After the events from last episode, an emergency defense system kicks in on her headphones and gives her a completely different personality. She’s wacky and energetic — think old school Daffy Duck — and she bounces around all over the place, doing whatever she wants. Meanwhile, Haruko, and Jinyu decide to team up. Their goals are different, but turning Hidomi back to normal gets them both closer to their goals. Haruko wants to get the Pirate King, and Jinyu wants to keep her away. Can they work together long enough to accomplish their goals? 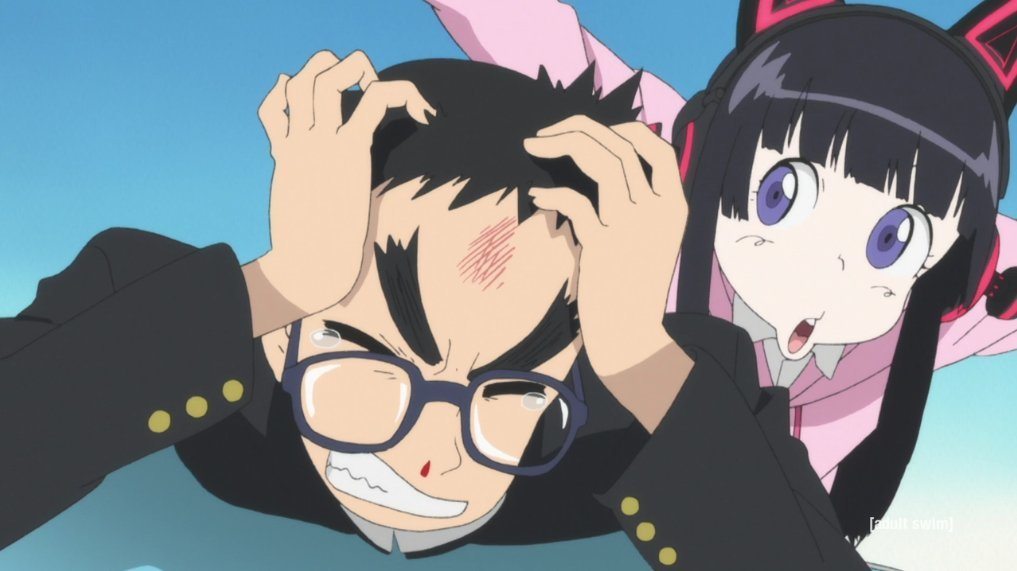 Elsewhere, Marco, one of the boys in Ide’s group, is developing some feelings for this new free-spirited Hidomi. He goes to his part-time job at the amusement park and is tasked to test out a new ride: a Viking ship. At the same park is Aiko — the girl Goro hired last episode to be his girlfriend, on another job where she gives her customer a bear statue. We then get one of the biggest surprises of the season so far by seeing Canti, the mechanized live-in servant from last season. Canti, however, is crucified on a cross and clearly dead; or a shell with no being in it any more (as Eye Patch says). We find out that the plant pot and the bear statue have been built out of parts of Canti, and that they reverse the N.O. field that transports beings through people’s heasd. When Eye Patch and Masuro (I’m sad this wasn’t Eye Brows from last season) hear the new Viking ship ride was just set up they freak out. This ride is some kind of weird experiment, and has something to do with Medical Mechanica.

Thanks to the plotted plant hitting Ide in the head, Jinyu and Haruko get transported into the Medical Mechanica factory. Here, their alliance quickly sours. Jinyu is trying to get Haruko to join her and stop chasing the pirate king, exclaiming she understands Haurko because she is her. Haruko decides instead of joining her she’ll instead “devour her.” The two fight and destroy the transmitter that locked Hidomi’s headphones to her head. She turns back to normal, but passes out when both Jinyu and Haruko burst from her head in their powered-up forms. We get a quick glimpse of what could be the past, showing that Haruko did indeed get the power of the Pirate King. The resulting action was Jinyu splitting from her body. The two then continue to fight. 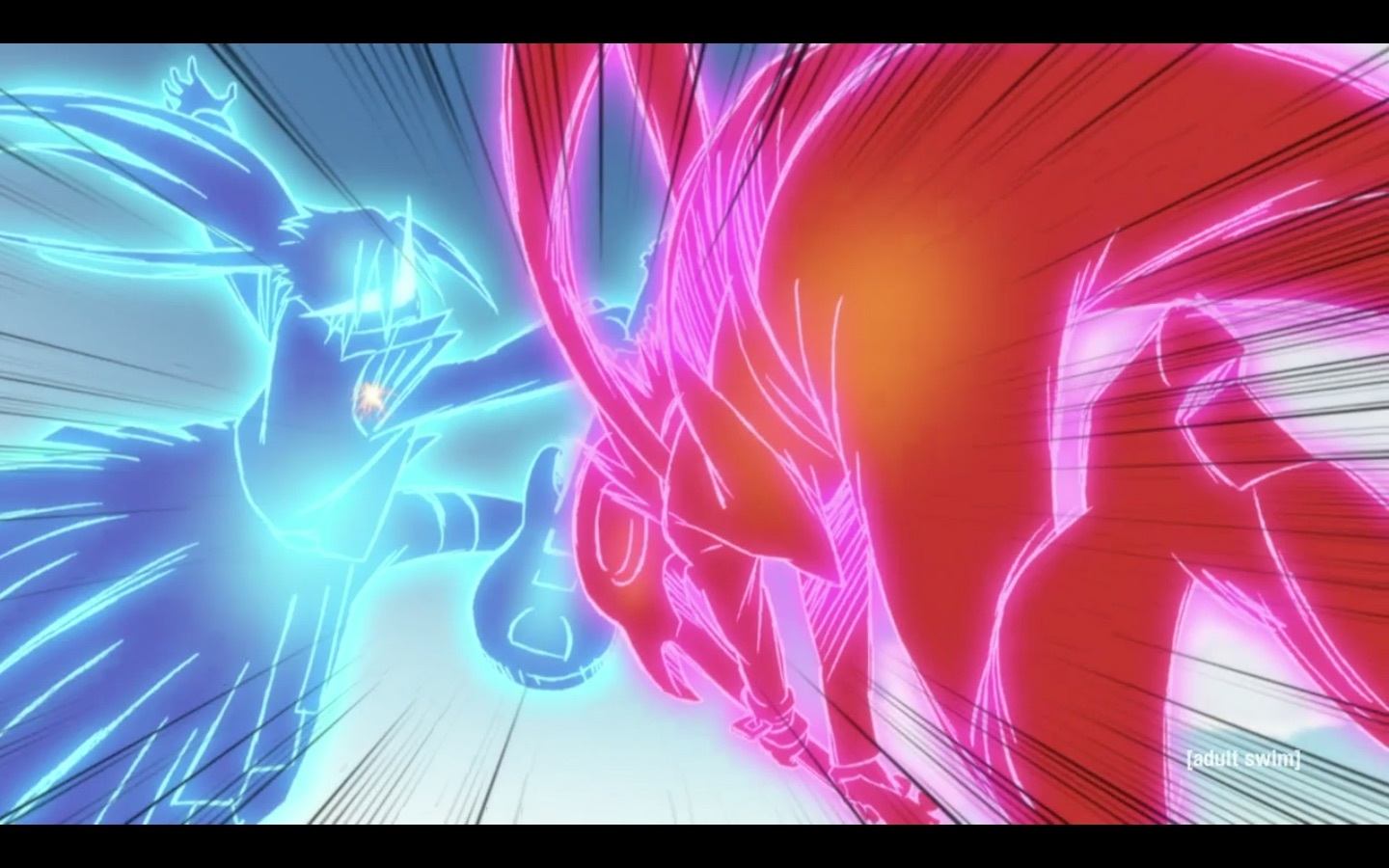 At the same time, the Viking ship ride experiment causes a giant bamboo stalk to spring from Marco’s head, flinging him to the plant where Hidomi is and causing the plant to stand up on its side. As the fight continues, Haruko deals a fatal strike to Jinyu while she’s saving both Hidomi and Ide. Marco sees how close Hidomi and Ide are together, and seems to be heartbroken. Haruko proclaims that she and Jinyu are nothing alike before literally devouring her. In her first true act of assertiveness, Hidomi tells Haruko she won’t let her get what she wants, putting her headphones back on in defiance. 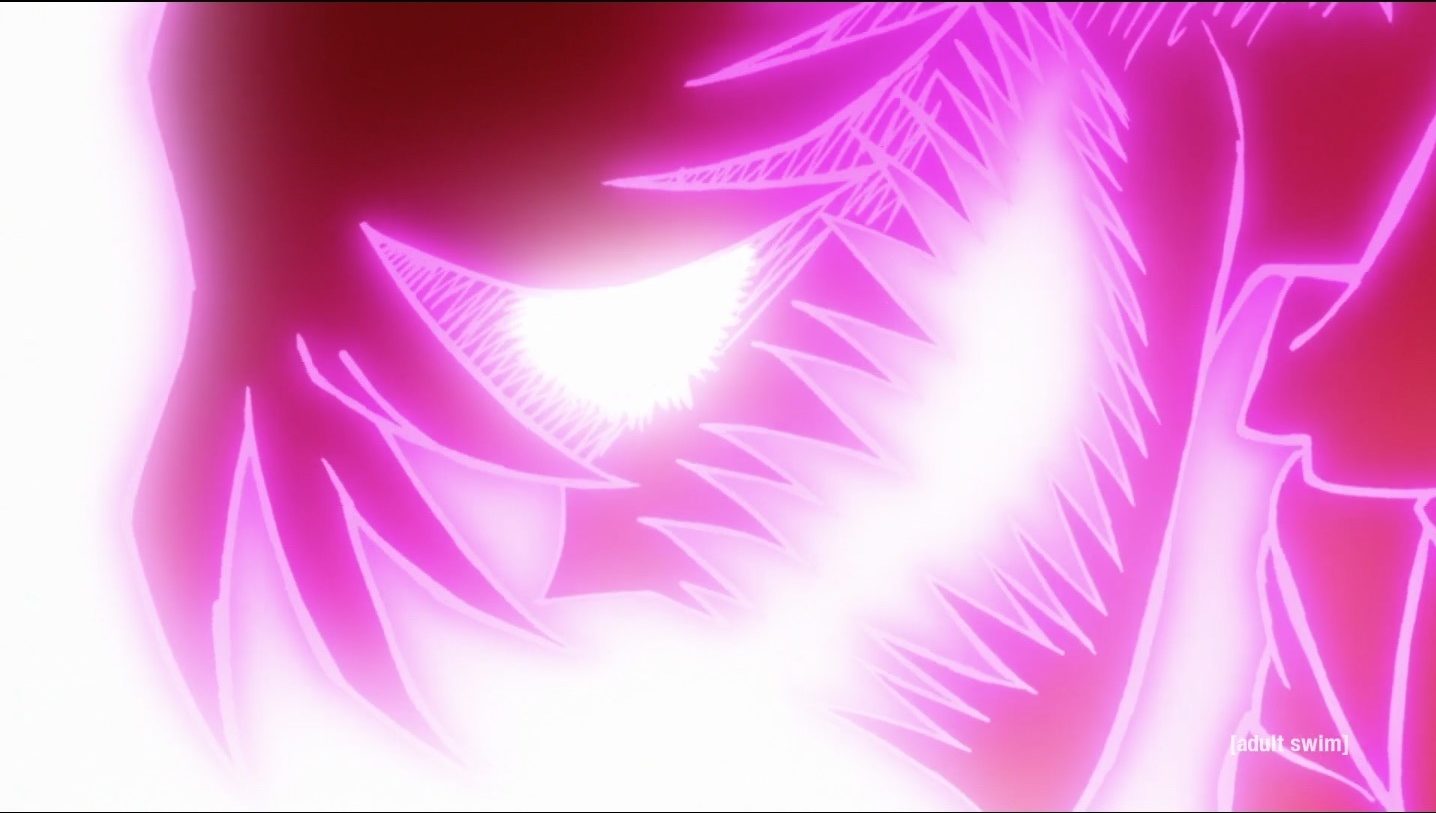 This was a really good episode. We got some hints at the backstory and a few call backs to the first season. After last week’s episode, I’m glad this one picked up. Two episodes left in the season, so I hope it can rise to meet expectations.